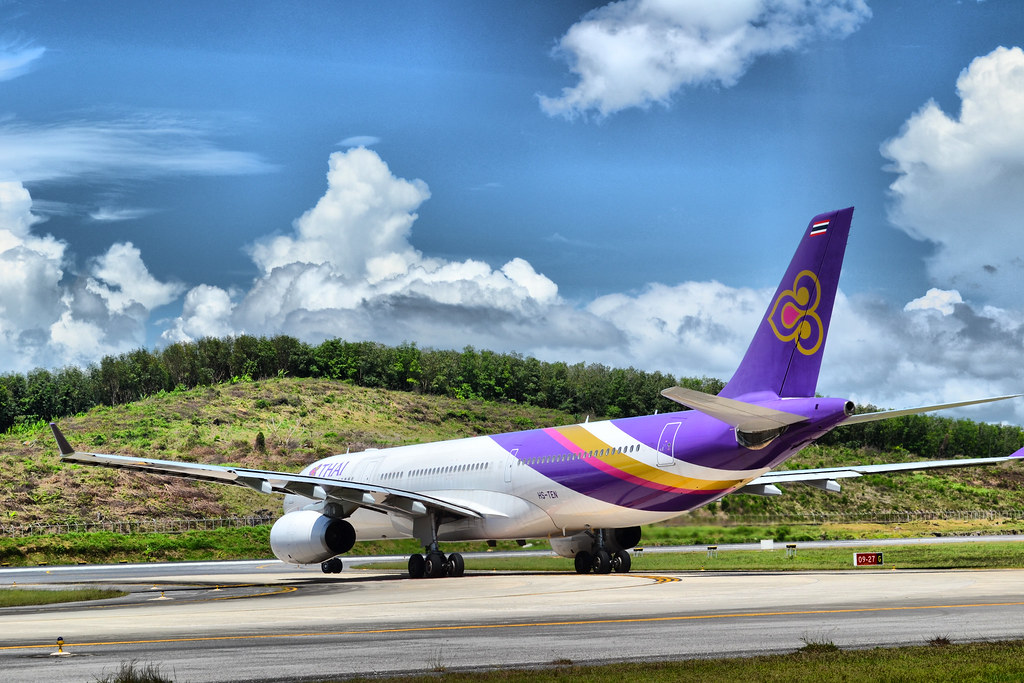 A meeting on Sunday called for cheaper domestic flights, and more international flights direct to Phuket.
Photo By: All rights reserved by byAmici di Phuket

Top officials in Phuket province met on Sunday with the Department of Consular Affairs, the Tourism Authority of Thailand and members of the private sector to discuss ways to address the slump in tourism in the province and find out what needs to be done to improve the situation.

The meeting, in which representatives of the Phuket Tourist Association together with Thai Airways and Thai Smile Airways, determined that the decline in tourism due to the COVID-19 pandemic can be partially reversed if cheaper domestic flights are made available for locals.

The meeting also came to the conclusion that direct international flights between Phuket and certain cities that are considered safe for sourcing tourists from are reinstated.

During the meeting, Phuket provincial governor Narong Woonciew said that they must be able to find ways to balance the much-needed quarantine guidelines for containing the virus and the need to spur the economy forward following nearly a year of stagnation.

According to Gov Narong, domestic tourism is proving to be a big help to the tourism industry in the country in general.

However, he also pointed out that the expensive rates of air fare is discouraging a greater number of locals from traveling and supporting domestic tourism.

Domestic tourism would be more attractive if air fares were cheaper, especially those that fly during weekends.

Officials of the province stated that there have been 200,000 domestic tourists that visited the island in just October alone. This means that the government’s efforts at promoting internal tourism is seeing satisfactory results, and a sign that things could be even better.

The other agenda during the meeting touched on the need to reintroduce foreign tourists into the province in particular, and the country in general.

One of the ways to spur foreign tourism on is to reinstate flights between Phuket and cities in Europe where Thailand’s yearly long-stay visitors come from. These include Frankfurt, and Copenhagen.

Thailand has recently reopened itself to long-stay visitors from all over the world with the Special Tourist Visa, which previously only limited tourists coming to Thailand to those flying in from cities or countries that Thailand considers as low risk.

Sirikorn Chiewsamut of the TAT agreed, saying that there is strong demand in some markets for a return to Phuket. This is despite the continued imposition of the 14-day quarantine, a requirement that the private sector at home and abroad have been actively calling for the abolition of.

Thai Airways, on the other hand, said that they’ll resume domestic flights to Phuket and Chiang Mai only on January 1 in response to the rising of cases in Chiang Rai and Chiang Mai due to Thais returning illegally from Tachilek in Myanmar.