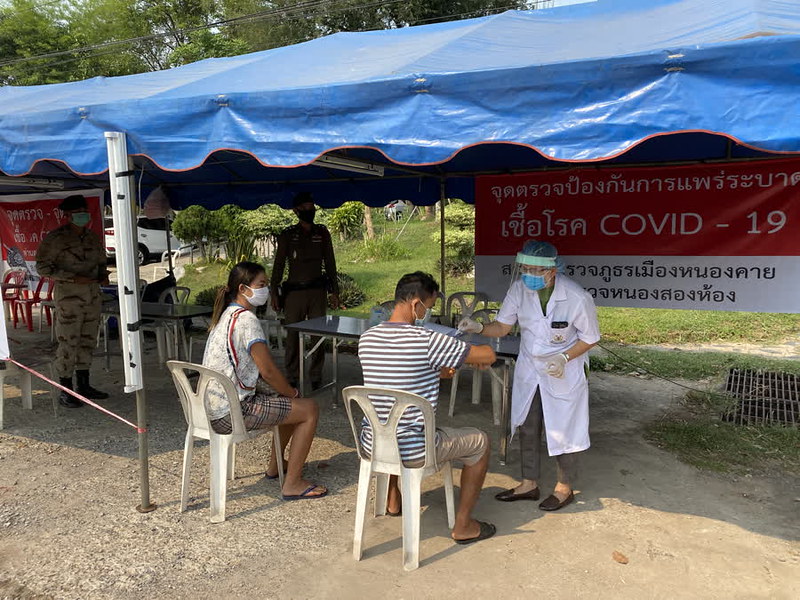 One of the restrictions that could be tightened again are attendance limits in concerts and passenger capacity in public transport.
Photo By: Some Rights Reserved byPrachatai

With the recent spike in cases involving local Thais returning from Myanmar, the Center for COVID-19 Situation Administration is now considering introducing tighter restrictions as well as implementing measures that have been previously relaxed.

Government officials in the northern border provinces with Myanmar are currently tracing contacts of the 10 Thai returnees from Tachilek town in Myanmar. Each of these returnees had returned to Thailand by skirting past official border checkpoints, and all subsequently tested positive for COVID-19.

These Thais were employed in Myanmar as entertainers. Government officials now identify the 1G1-7 Hotel in Tachilek as a possible hotspot for infection in the border town, which employs a number of locals.

Border authorities are currently working with their Burmese counterparts to ascertain the actual number of Thais that are stranded in the border town. Officials claim that 150 Thais have come forward to ask for permission to return to Thailand, this time through official checkpoints.

In addition to the ten cases, one case of local infection have been recorded and traced directly to two of these returnees.

The confirmed case involved a 28-year-old man in Chiang Rai, who allowed three of the returnees to stay at his home from November 28 to November 30. Upon hearing the news of the infections, he submitted himself to COVID-19 testing and was found positive on December 2.

He is currently being treated at an undisclosed hospital in Chiang Rai.

The visit of the three returnees put them into close contact with attendees of the Singha Park’s Farm Festival. In response, the Public Health Ministry called on all who have attended the Farm Festival between November 28 and November 30 to quarantine themselves at home for 14 days and report any symptoms immediately.

One possible case of local transmission is a 51-year-old businesswoman from Sing Buri, who flew on November 28 on the same Nok Air flight DD8717 as two returnees from Tachilek. The woman was flying to Bangkok after visiting Chiang Rai for business, and had flown back to Ang Thong province immediately before going home to Sing Buri.

Health officials had immediately interviewed the businesswoman. Dr Sophon Iamsirithaworn, director of the communicable disease division of the Disease Control Department, said that she denied having visited Myanmar recently.

If her claims could be verified, and given her flight together with the two returnees, she could be a new case of local transmission, Dr. Sophon said.

In response to these cases, the CCSA met on Friday and ordered Kanchanaburi governor Jirakiart Phumsawat to implement tighter border controls in anticipation of a possible surge of illegal entries just in time for Christmas or the New Year.

The CCSA will also convene next week to discuss the introduction of new restrictions and to reintroduce those that have already been relaxed. Gen Nattaphon Narkphanit, secretary-general of the National Security Council, will reportedly preside over the meeting.

General Nattaphon also heads the panel that approves any easing of existing restrictions due to the pandemic.