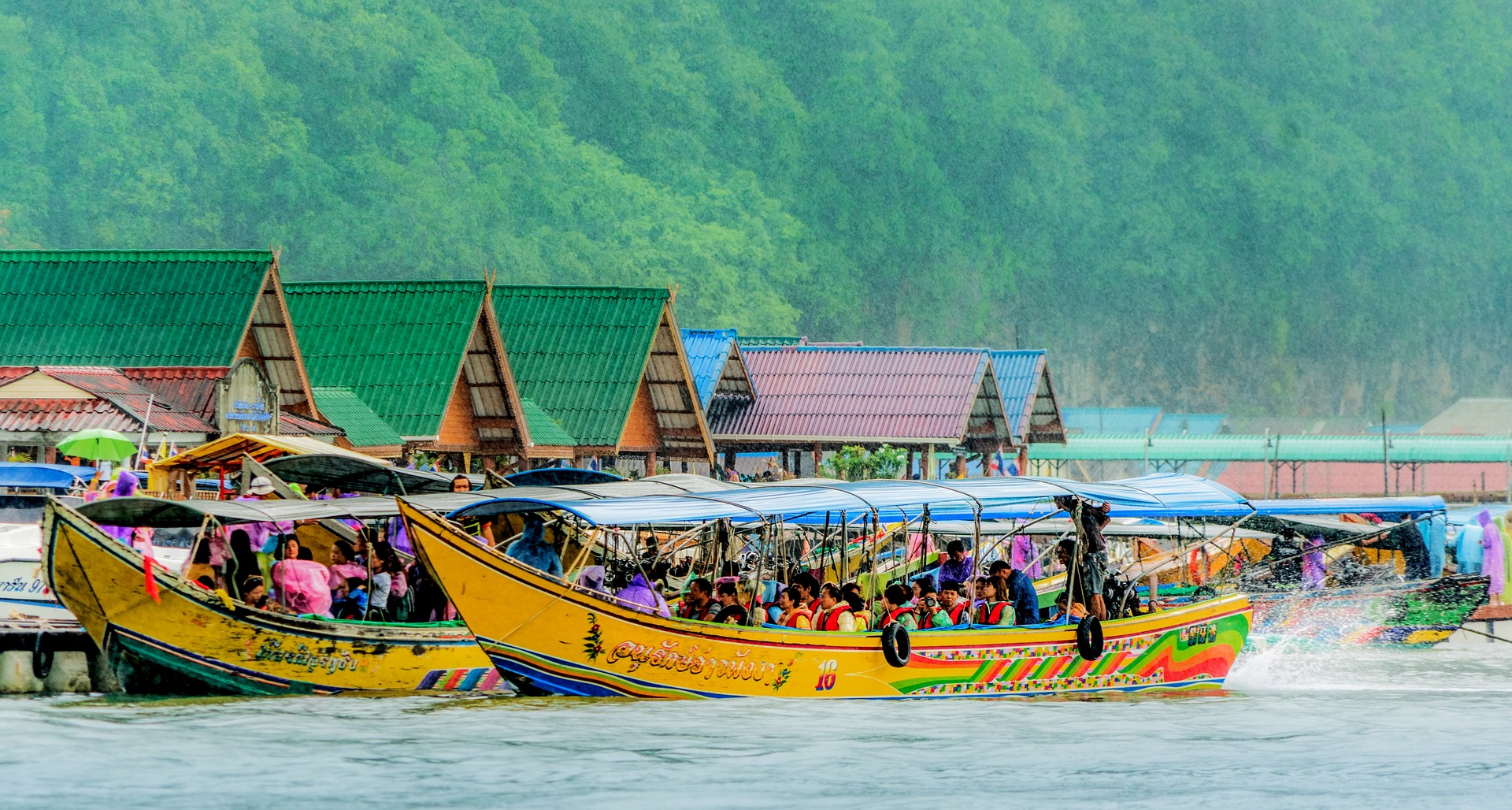 Koh Panyee Thailand Floating Fishing Village Phuket - The Tourism Authority of Thailand details what countries possible tourists to Phuket can come from when it reopens in October 1.
Photo By: MaxPixel

Last week, the Royal Thai Government, through the Tourism Authority of Thailand, has announced that foreign tourists will be able to visit Phuket starting October 1.

According to TAT Governor Yuthasak Supasorn, the Phuket Model, as this pilot project is being referred to as, might target Asian and European countries within a 6-hour flight to and from Thailand.

Countries that allow their citizens to travel abroad as well will qualify to book travels to Phuket for the first time since the lockdown caused by the COVID-19 pandemic.

Initially, the governor specified, foreigners are required to register themselves with the Foreign Ministry before they can come to Phuket as tourists. Thus, it is more likely that private chartered flights will be ferrying these visitors across instead of flights from international airlines.

Once approved, these tourists will have to spend at least 30 days in the Kingdom, with 14 days of these spent in alternative state quarantine hotels in Phuket.

The Phuket Model is a positive development for the ailing tourism industry, which has suffered significantly by the lack of foreign tourism due to the air travel ban imposed in April.

Although international flights have already been allowed to resume in July, there have been no foreign tourists allowed yet into the Kingdom. The only foreigners to have been allowed in the country since August are foreigners on official business, like medical tourism, investment, trade expos, film crews and Thailand Elite members.

However, the Civil Aviation Authority of Thailand had declared these negotiations “indefinitely suspended” following fresh outbreaks in the capitals of China and South Korea.

In late July, amidst warnings from the private sector that a huge number of tourism-related businesses will close down and lay off employees if foreign tourism does not resume soon, the Tourism and Sports Ministry under Minister Phiphat Ratchakitprakarn accepted the private sector’s “Safe and Sealed” tourism plan.

In this implementation of the “Safe and Sealed” plan, as detailed by Minister Ratchakitprakarn last week, tourists will need to undergo a 14-day quarantine in ASQ hotels in Phuket.

The Minister had suggested that hotels located in the single stretch of beach work together to create a “joint sealed zone.”

This zone will allow tourists to enjoy beach activities while on quarantine in their respective facilities.

After 14 days, they will be allowed to visit destinations in Phuket again. Should they opt to exit the province and explore more places in Thailand, they will need to undergo an additional 7-day quarantine.

There will be COVID-19 testing at the start and near the end of the quarantine periods, as well as on arrival.

Governor Yuthasak said that the government hopes to expand on the Phuket Model in the future in anticipation of Thailand’s traditionally high tourist seasons.

Foreign tourism contributes to two-thirds of the industry’s revenues. The government is currently promoting the “We Travel Together” stimulus package for domestic tourism, which aims to reach 5 million room nights by October 31.