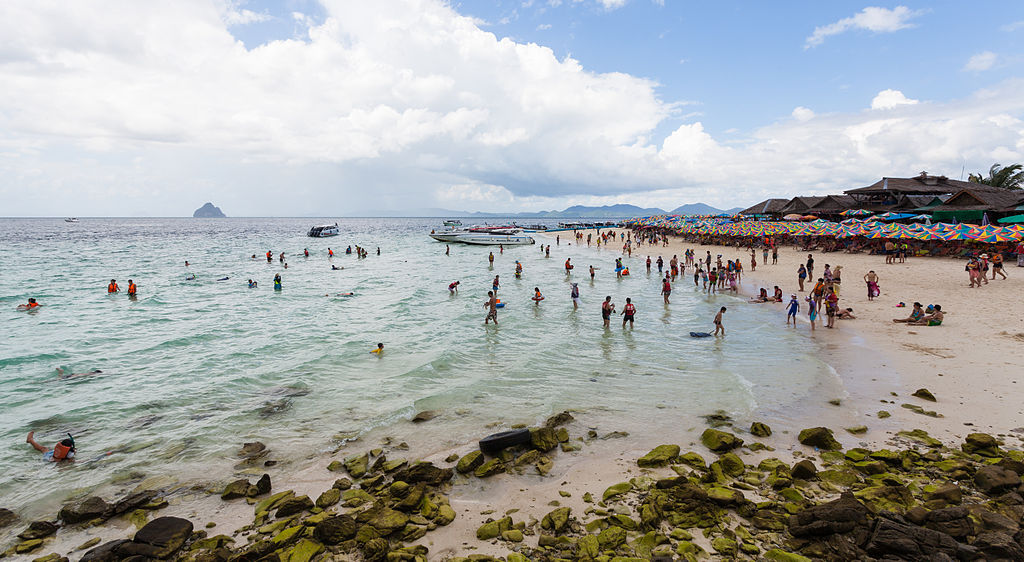 Governor Yuthasak Supasorn has laid out the TAT’s 3D strategy in transitioning to the new normal.
Photo By: Diego Delso / CC BY-SA

The Tourism Authority of Thailand has unveiled to the public the agency’s 3D’s in transitioning to the new era of tourism in the Kingdom.

Speaking before members of the Thai Hotels Association, Governor Yuthasak Supasorn laid out the TAT’s 3D strategy as follows:

In his speech, Governor Yuthasak also urged the industry to be patient, but also confident in the country’s ability to weather the current crisis.

He said that the best case scenario for the pandemic is that it will disappear sometime next year, but the governor avoided specifying which part of 2021 the crisis will be over.

Urging unity, Governor Yuthasak said that Thailand had experienced many such crises in the past, which the nation had overcome through a spirit of solidarity and unity.

Being the country’s largest source of revenues, the Governor said that the tourism industry will take the lead in ushering in a new era with creativity and innovations that will make the sector more “sustainable and resilient.”

While indeed the current pandemic has hurt the economy significantly, Governor Yuthasak added that the lull in activities had given the government the opportunity to turn its attention to existing problems like tourism exploitation, illegal tourism operators and waste management.

One example, he said, is that national parks now restrict the number of visitors in one given day to be in line with public health measures – a practice he hopes will carry on after the pandemic is over.

There had also been opportunities to focus on improving hygiene and sanitation, the Governor added.

Barring any further disruptions, the TAT chief said that the Kingdom could see 20.8 million foreign tourists arrive next year. These would be coming from the ASEAN and Northeast Asian markets, with the strategy focusing on healthy people and high purchasing power.

The future of foreign tourism in Thailand remains unclear.

Although approved in principle by the government, the Phuket Model’s launch has been pushed back beyond its earlier reported October 1 date. This is to give the government time, through the Ministry of the Interior, to formally discuss with residents of the island the protocols to be put in place to ensure the safety of both locals and arriving tourists.

Phuket Governor Narong Woonciew said last week that Phuket International Airport stands ready to receive foreign tourists, and that the province only awaits a green light from the central government.