Tourism Income Down by THB1.3 Trillion Due to Pandemic – BoT 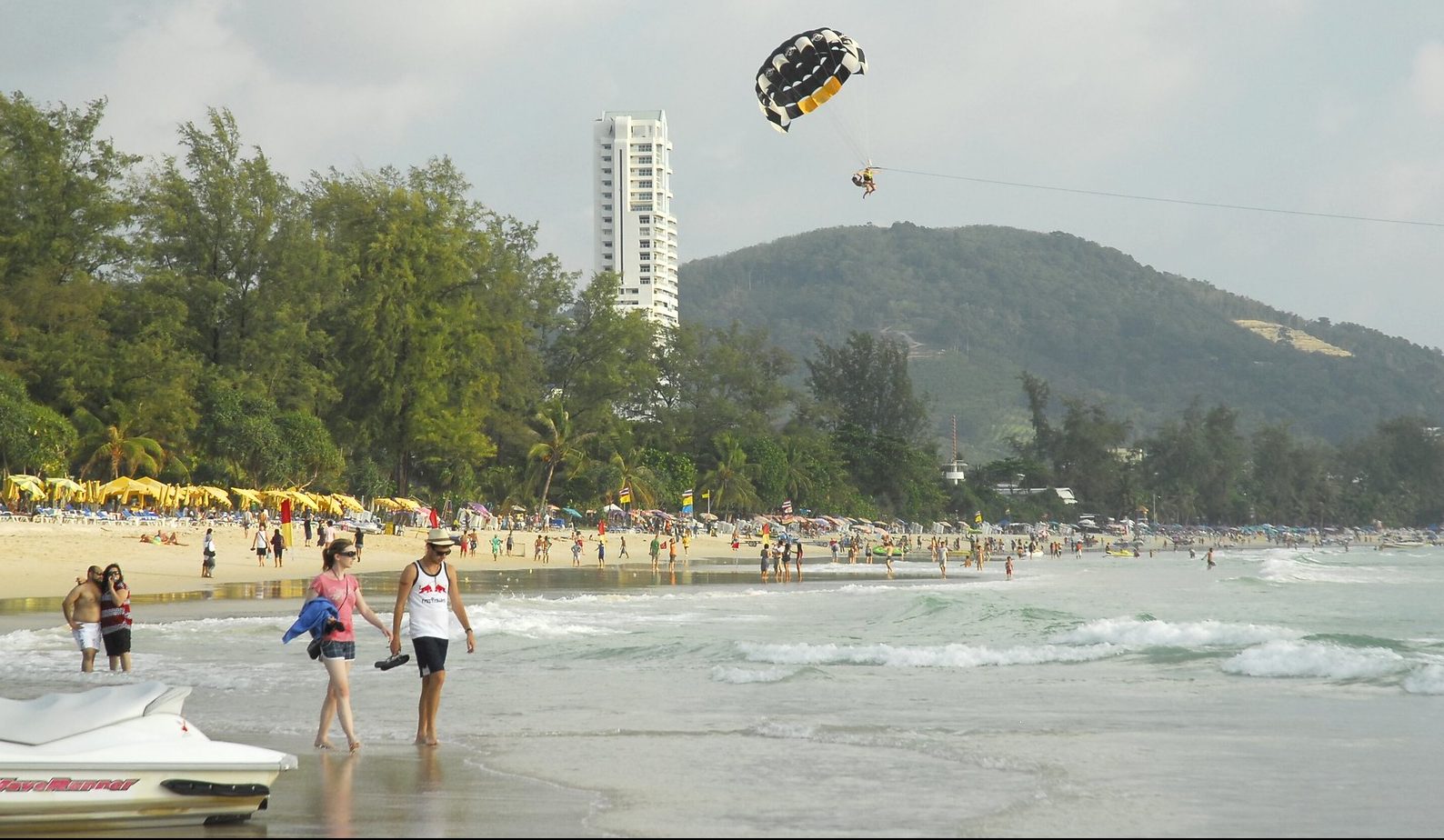 The sharp decline in tourist arrivals due to the pandemic has bled the tourism industry dry.
Photo By: Some Rights Reserved by John Tewell

The pandemic, the ensuing lockdown, an underperforming stimulus package and an uncertain future of foreign tourism has contributed to a huge shortfall in tourism revenues for Thailand.

This deficit dances to the tune of THB1.3 trillion, as revealed by the new Bank of Thailand governor Sethaput Suthiwartnareuput in a recent press conference.

In April, in response to the spreading coronavirus pandemic, the Royal Thai Government under Prime Minister Prayut Chan-o-cha declared an emergency decree and imposed a lockdown on international air travel in and out of Thailand.

This has virtually sent incomes in the tourism industry plummeting to zero, as there are no flights to bring international tourists into the Kingdom.

It also had the effect of stranding tourists in Thailand beyond the validity of their visas. The Royal Thai government had addressed this with a string of visa amnesties that extend the visas of these stranded tourists and give them time to arrange flights out of Thailand.

The Tourism Authority of Thailand said earlier this week that, due to the global situation concerning the COVID-19 pandemic, the government is shifting its focus in tourism to quantity instead of quality.

Outlining its plans for the next year, TAT Governor Yuthasak Supasorn said that they are targeting foreign tourists with high purchasing power while conventional tourism still cannot return due to the pandemic.

Governor Yuthasak said that these plans are based on the scenario that the economy will pick up early 2021 or the second quarter at the latest.

The BoT governor shares the same sentiment, stating that the GDP will most likely grow in the second quarter of next year. Furthermore, Mr. Sethaput said, it is expected to recover and be back to pre-COVID levels by the third quarter of 2022.

At present, however, the tourism industry and the economy in general is expected to contract.

Due to the pandemic, Mr. Sethaput said that tourist arrivals are at 6.7 million only, as compared to last year’s 40 million. This is directly caused by the 7 months that Thailand has closed itself to international air travel as mandated by the emergency decree.

This has translated to losses amounting to THB1.3 trillion, Mr. Sethaput concluded.

In other news, the government is set to decide on whether it will extend the emergency decree beyond October 31.

The Center for COVID-19 Situation Administration had approved yesterday in principle a 30-day extension that will keep the emergency decree in effect until November 30, according to the Permanent Secretary to Prime Minister Prayut.

Secretary Teerapat Prayoonsit said that the Cabinet will be meeting next week and debate whether or not to approve the extension.

The emergency decree gives the government power to enforce public health and safety measures without going through the relevant agencies. These would include mandatory quarantines, implement disease control measures and other powers.