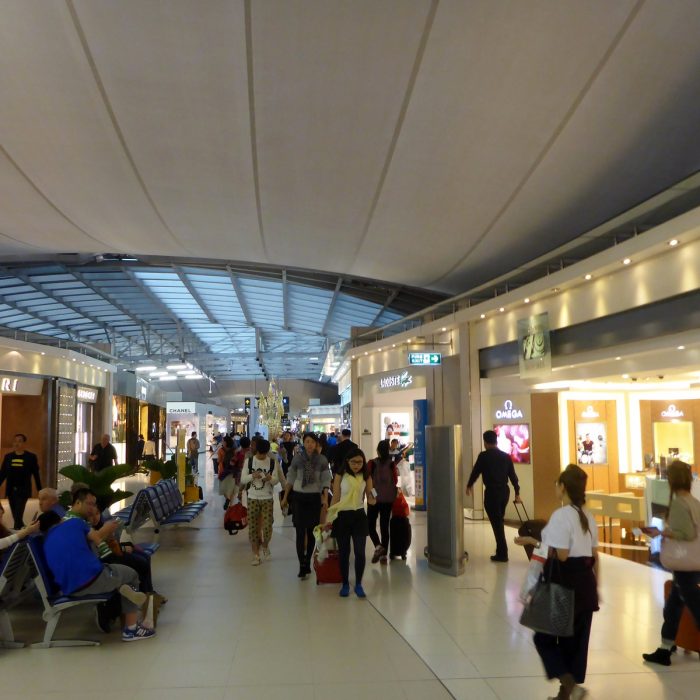 The 41 Chinese from Shanghai are now in state quarantine.
Photo By: Some Rights Reserved by PercyGermany

After a group of tourists reportedly from Guangzhou, China and due to arrive in Phuket was delayed, 41 tourists from Shanghai finally arrived yesterday in Suvarnabhumi Airport in Bangkok.

This group of tourists were onboard a special chartered flight by the Chinese carrier Spring Airlines. The flight landed in Suvarnabhumi Airport at 5:10 pm Bangkok time, as confirmed by Tourism Authority of Thailand Governor Yuthasak Supasorn.

The tourists are now serving the first day of their 14-day quarantine at a hotel in Bangkok. As reported earlier, rules required them to download a special mobile app for tracking and contact tracing.

As stipulated by the Special Tourist Visa, these tourists can stay in Thailand for a minimum of 30 days. Each entry stamp limits their stay to 90 days. However, these can be extended for 90 days at a time for a maximum of two extensions.

According to Governor Yuthasak, another group will arrive on October 26, Monday. This group, which is made up of 147 tourists, will also land in Suvarnabhumi Airport. These tourists hail from Guangzhou, China.

The TAT governor told reporters that they expect each tourist to spend at least THB800,000 while on holiday in Thailand.

Another group will also arrive next Wednesday, October 28. They will fly via a chartered Thai Airways flight. The flight, in addition to the 120 tourists from Shanghai under the STV program, will also ferry in returning Thais as well as medical tourists to Bangkok.

The Thai Airways flight will arrive at 9:15 pm Bangkok time.

Governor Yuthasak praised the return of foreign tourism, calling it a sign of recovery after 7 months of zero revenues for the tourism industry.

One group of tourists was scheduled to arrive in Phuket on October 8. However, that flight was reportedly delayed to a late date that was never specified.

Reports indicated that domestic tourists were wary of having foreign tourists in Phuket with them as they celebrate the Vegetarian Festival, which is scheduled to end on October 25. Phuket were expecting up to 60,000 Thais to travel to the island paradise for the vegan festival, which is one of the island’s biggest traditional celebrations.

Other reports allege that the Festival will overload the island province’s manpower in dealing with both foreign and domestic tourists, raising the risk of infection from the former.

Yet other reports say that no tourists had actually signed up for the STV – rumors that were later disproved by the arrival of the 41 tourists.

The TAT predicted that, in a best case scenario, foreign tourism in Thailand will pick within the first or second quarter of 2021.