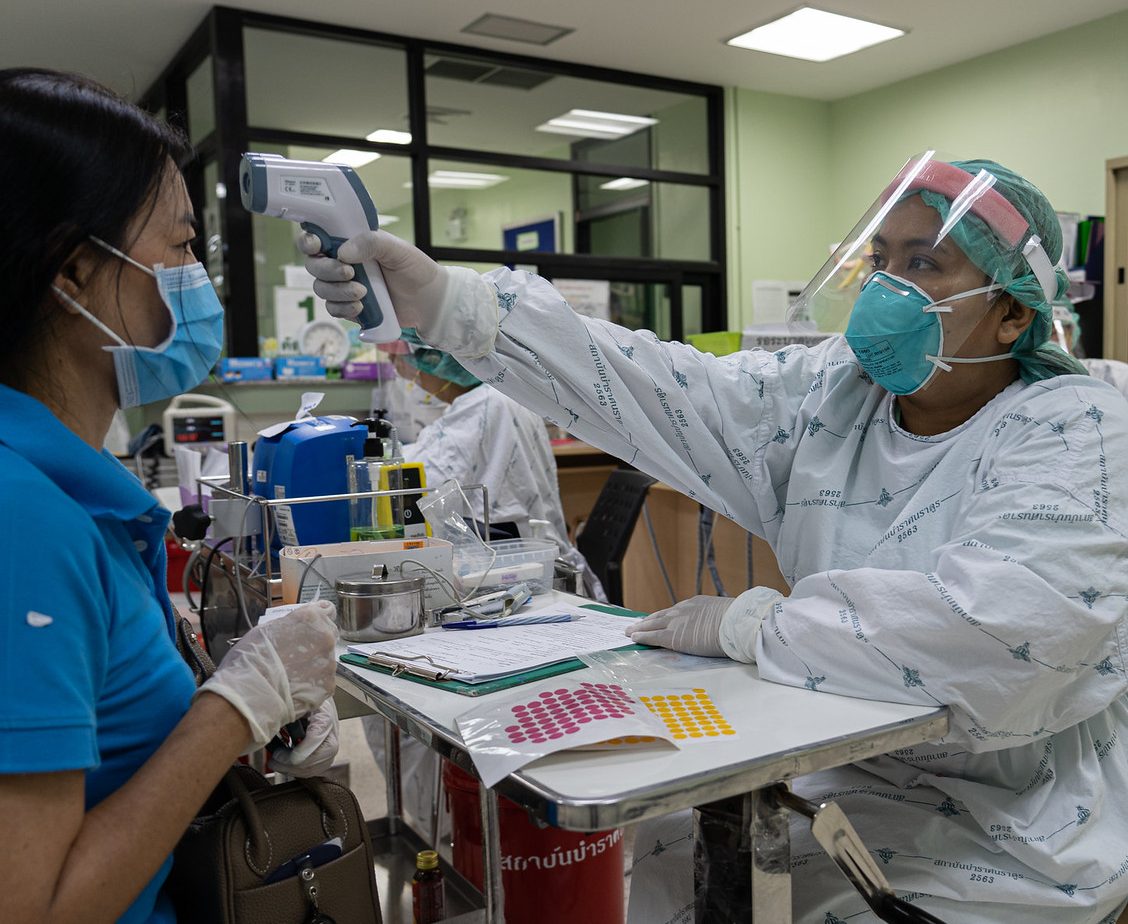 Dr. Sopon Iamsirithaworn explains the rationale behind the proposal.
Photo By: Some Rights Reserved by UN Women Asia & the Pacific

Thailand is getting ready to reduce the mandatory quarantine days to 10 days, instead of the original 14. One of the top health officials in the country has issued clarifications on how the reduced quarantine works, and why it is considering the option.

Dr. Sopon Iamsirithaworn, Director of the Division of Communicable Diseases of the Department of Disease Control, explained that the quarantine has been made possible by new knowledge of the coronavirus that was not available in the early days of the pandemic.

Dr. Sopon said that they had discussed at length the duration at which frank symptoms of infection appear on carriers of the COVID-19. The health official said that infected individuals are most likely to develop symptoms 7 days after infection, which means an incubation period of a week.

He also specified that infected people who test positive after 10 days are mostly asymptomatic. He added that this group has a low chance of infecting other people around them.

However, Dr. Sopon said that they will continue to track the health and movements of the tourists for four more days after being released from 10-day quarantine.

Moreover, he said that the option of a 10-day quarantine is only extended to tourists coming from low-risk countries. The shortened quarantine also doesn’t mean that the government will let go of the pre-departure screening any time soon, as future tourists will still have to test negative for the COVID-19 72 hours before travel to be allowed to board the chartered flight.

They will also be subjected to mandatory arrival testing and the usual barrage of swab and antibody tests during the entirety of their quarantine. If they return consistently negative results at the end of the quarantine, they will be released to their individual destinations.

As announced by Prime Minister Prayut Chan-o-cha, tourists will be given special armbands and required to download a mobile app in order to allow the government to track their health and whereabouts.

The proposal for a shortened quarantine has been forwarded to the Center for COVID-19 Situation Administration, and might possibly be discussed on Wednesday’s weekly meeting.

The CCSA is also expected to rule on the proposal to include golfing resorts as alternative local state quarantine facilities. If approved, the tourists will be able to enjoy games of golf under strict monitoring while on their quarantine period.

Another proposal that might be discussed on Wednesday is the inclusion of spa and massage parlors into the ASQ program, in order to allow quarantined tourists to embark on wellness services under the proposed “wellness-oriented quarantine” scheme of the government.

In addition to a shortened quarantine, it has been reported that Tourism and Sports Minister Phiphat Ratchakitprakarn is negotiating with the Chinese government for a quarantine-free tourism for Chinese nationals.

As soon as the parties reach an agreement, the results will be forwarded to Chinese Premier Xi Jinping and Prime Minister Prayut for approval. Minister Phiphat hopes that the negotiations can be concluded before the Chinese New Year in February of next year.