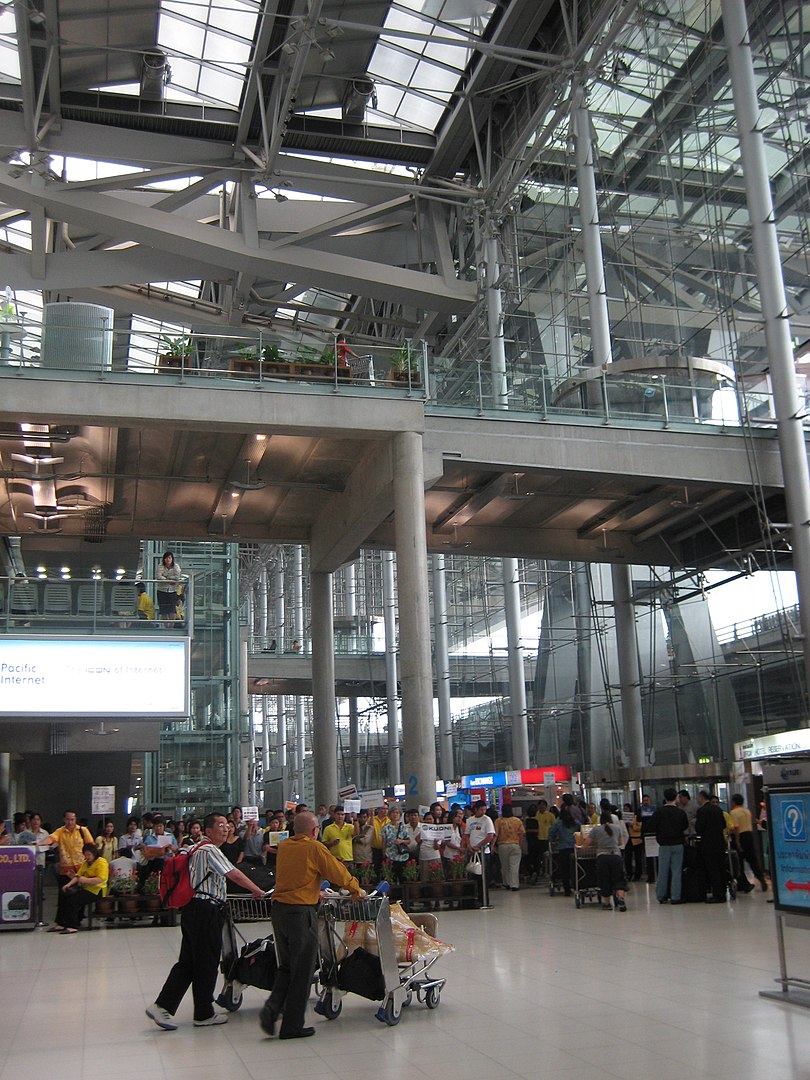 The Thai Chamber of Commerce wants the government to extend another visa amnesty.
Photo By: Terence Ong / CC BY-SA

Today is the deadline for the third and supposedly final visa amnesty for tourists who have been stranded in the Kingdom since March due to the pandemic.

Immigration officials have said that they will immediately begin cracking down on overstaying tourists and expatriates. Offenders will be jailed, charged a fine, deported back to their home countries, and blacklisted from entering Thailand for a number of years.

The visa amnesty granted stranded foreigners a reprieve of up until today, September 26, to secure a special 30-day extension or to arrange flights out of Thailand to their home countries.

However, securing extensions have been problematic in many sectors. In Phuket, for instance, foreign expatriates with Non-Immigrant B visas and one-year permits to stay are finding it difficult to secure a one-year extensions due to diminished or total lack of income.

B visas require a minimum amount of income in order for their holders to be granted an extension of the 1-year permit to stay.

The global situation have also made it difficult for certain nationals to find flights back home, as some countries are still enforcing a total ban on incoming international flights.

For their part, immigration officials are worried that foreigners will overstay out of fear for the COVID-19 situation back at home, or seek employment in Thailand so they can stay beyond the provisions of their visa.

Sympathizing with expats, the Thai Chamber of Commerce has repeatedly called on the government to grant another visa amnesty to the 400,000 stranded foreigners.

TCC head Kalin Sarasin claimed that the Chamber has repeatedly requested the Immigration Bureau to consider another visa amnesty for the foreigners. He also said that his organization has spoken to the Ministry of the Interior as well as with Prime Minster Prayut Chan-o-cha himself regarding the matter.

Despite assurances, Mr. Kalin said that the proposal was repeatedly neglected by the government.

The TCC is asking the government to give the overstaying expats and tourists a more flexible deadline, and pointed out that stranded tourists have been a source of much-needed revenues for the economy.

He also called the government out on its current efforts to promote domestic tourism among expats, and described it as contrasting with its “uncompromising” attitude towards visa extensions for stranded international tourists.

Mr. Kalin said that this stance serves only to discourage tourists away from the country, pointing out that this could be a loss as their spending, however small, helps the local economy move and provide businesses much needed revenues despite the pandemic.

This point is echoed by Tourism Association of Chiang Mai Anantorn Hochindarat, who said that Chiang Mai’s businesses have earned revenues for the past six months from the stranded international tourists in the province.

These stranded tourists have been a source of revenues for the accommodation industry due to their need for long-term homes while they waited the pandemic out.

Mr. Anantorn said that these tourists “help… a lot” during these difficult times, when inbound revenues are close to zero.