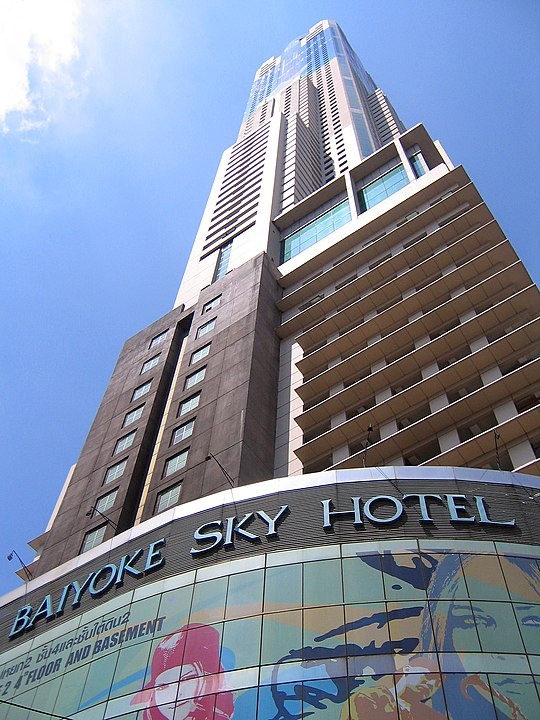 The Thai Hotels Association said that 1 million employees have been laid off in the hotel industry in the past six months.
Photo By: Khaosaming / CC BY-SA

An association of Thailand’s local hotel operators have revealed that roughly a million employees in the hospitality sector have already lost their jobs amidst the COVID-19 pandemic.

This was the news revealed on Sunday, by Marisa Sukosol Nunbhakdi, the new President of the Thai Hotels Association.

According to Ms. Marisa, the laying off was the action some of their members have taken in order to reduce their expenditures during a time when there are no revenues from tourism, particularly from foreign tourists, due to the COVID-19 pandemic.

She said that everyone’s income had sharply declined in March due to the spread of the virus, and eventually reached a standstill by April.

From that point, it was predicted that hotels in Thailand would only be able to maintain their enterprises for 3 to 6 months more. This month, the industry had already reached the six-month period since the pandemic reduced everyone’s revenues to virtually zero.

With no foreign tourists coming to visit the country at the moment, the sector’s only income comes from domestic tourism, which the government is actively trying to boost, mainly through the “We Travel Together” stimulus package that was launched in July.

The stimulus package is meant to encourage locals to support domestic tourism and travel locally, instead of abroad, which is otherwise impossible to do so at the moment. The government offers to subsidize their travel expenses, so they can save more and travel more nights, which will bring considerable revenue to the tourism industry.

However, Governor Yuthasak Supasorn acknowledged that the first 50 days of the stimulus package have been underperforming.

Governor Yuthasak said that it will be submitting proposals to amend the stimulus package and make it more available to more people. He also said that he will be pushing for the extension of the deadline from October 31 to end of this year.

In the meantime, the future of international tourism remains hanging in the air. An earlier plan to reopen Phuket as a pilot province has been presumably moved to a later date as the government seeks to open formal dialogues with the locals to discuss the planned reopening.

The delays in reopening to foreign tourism, and slow domestic tourism response could have dire effects on the hotel industry.

According to Ms. Marisa, Thailand will most probably be able to start accepting foreign tourists only in the middle of next year. As Thailand has already passed the six-month period, the further delay will cause further unemployment as more hotels cut costs while some may be forced to file for bankruptcy.

The Thai Hotels Association President revealed that, at the moment, only 10% of the hotels nationwide are operating while 50% remain closed.

With the current situation, Ms. Marisa said that the entire industry could “collapse” without action from the government, and said that the Association would like to work with the government to create additional measures that will help ensure the financial security of the industry and will protect individual jobs.

The Association will also be in talks in the future with the Bank of Thailand about financial assistance, like low-interest loans for small and medium sized hotels. It will also propose to the Ministry of Finance the creation of a fund to be used for rehabilitating businesses in the tourism sector that have been negatively impacted by the pandemic.