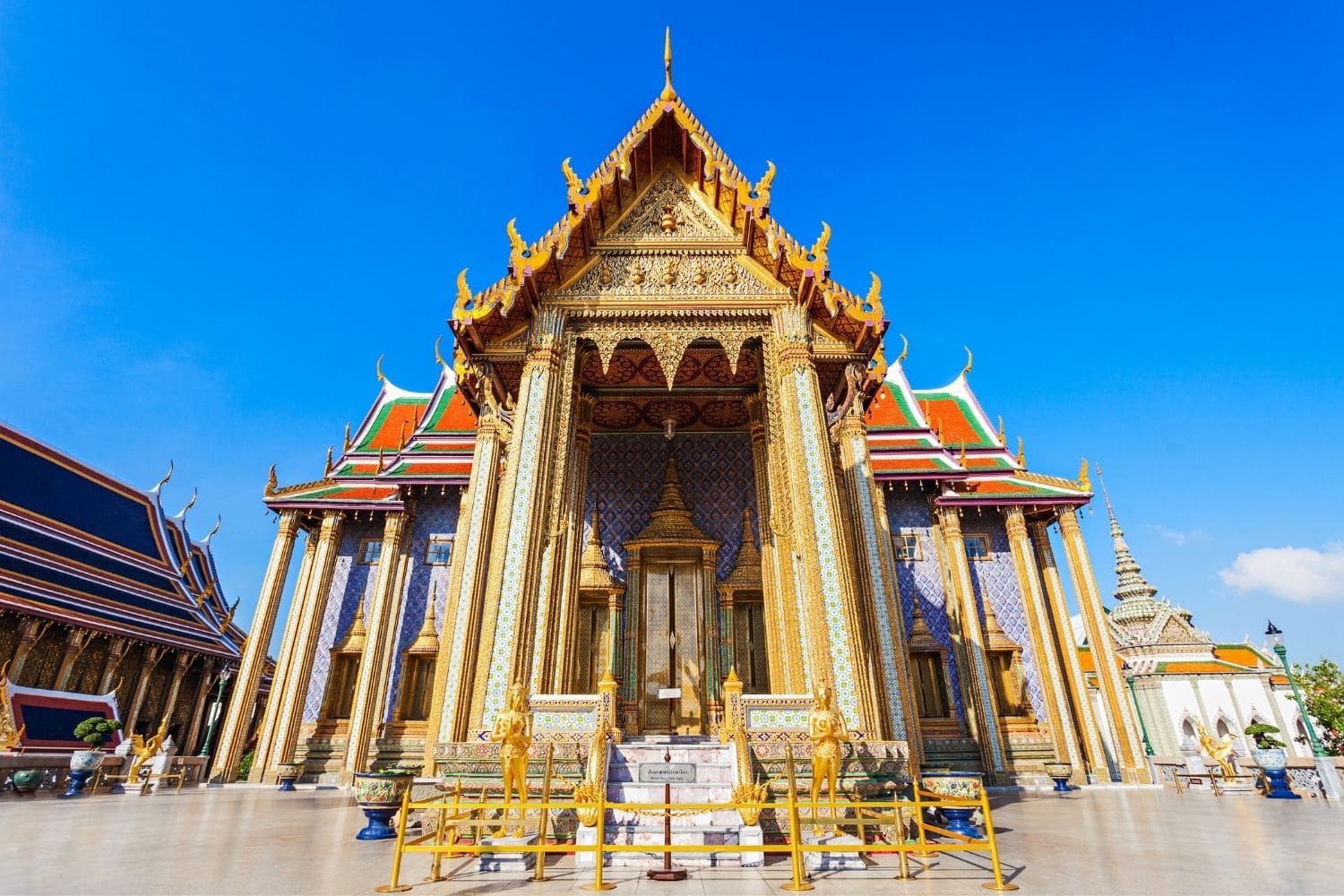 Wat Phra Kaew or the Temple of the Emerald Buddha

The borders have reopened, the flights have landed, and foreign tourists are now permitted to enter the country as of Monday, November 1. However, major tourist destinations such as Wat Pho and Wat Phra Kaew have not seen a surge in foreign tourists thus far. The temple complex next to the Grand Palace, which contains historical artifacts like the Emerald Buddha and the Reclining Buddha has been mostly visited by local tourists since it reopened to the public on November 1.

Staff at the Covid-19 screening checkpoint at the complex’s entrance reported that little more than 1,000 tourists visited the Temple of the Emerald Buddha and Grand Palace on the first day of reopening. Around 100 of those were foreign nationals.

Just outside of Wat Po, inside an area that is often packed with travelers and multiple vendor shops to cater to them, more than half of the shops remain closed, with merchants believing there were not enough customers to justify restarting their shops. According to a local Pad Thai vendor, the location was often filled with Chinese visitors, so it’s unlikely to be almost as full as it was before the pandemic for an extended period of time.

A tuktuk driver voiced support for the reopening, stating that the livelihoods will be back and much better. However, he does not expect a significant increase in tourism businesses for the next 1 to 2 months. He told reports that he noticed few foreign tourists in the past 2 days at Wat Pom, Wat Phra Kaew, and the Grand Palace, but hopes the number of tourists visiting these destinations will increase.

For more information on how to get into Thailand hassle-free using a Thailand Elite visa, CLICK HERE. Apply now and get a free 3 months visa extension.