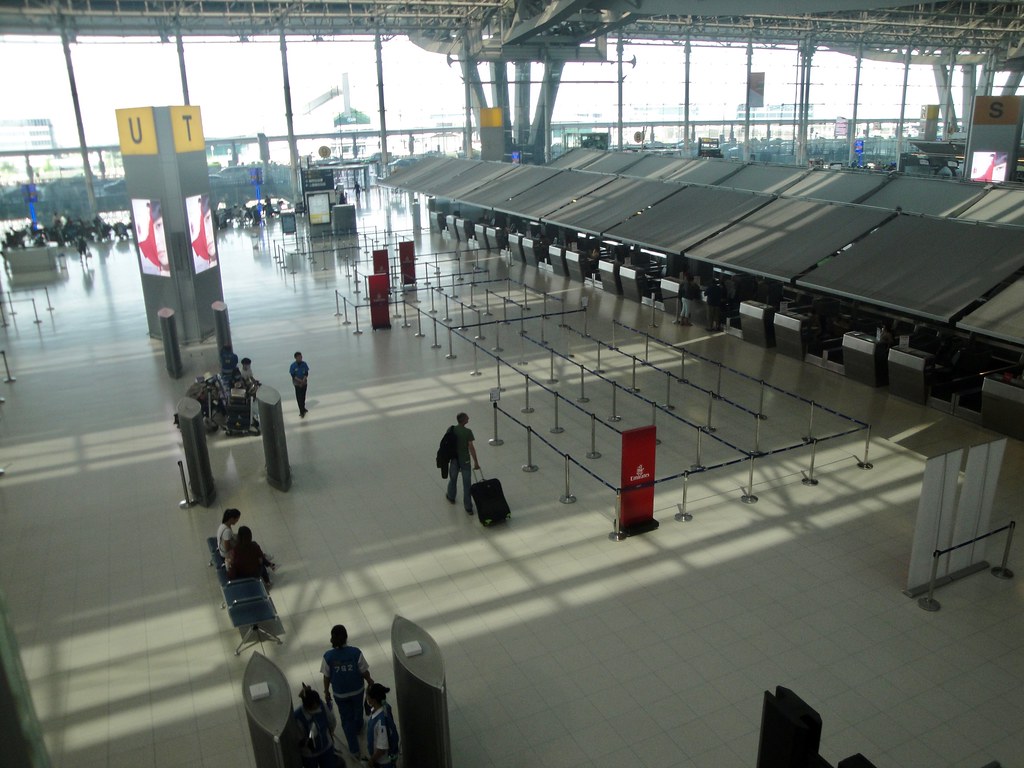 There still remains 1.3 million seats that are unclaimed under the “We Travel Together” stimulus campaign.
Photo By: Some Rights Reserved byEarthworm

The government is reportedly considering offering subsidies to people who purchase “unlimited passes” from local airlines, in a bid to resurrect domestic tourism and bring revenues to the tourism industry in Thailand.

Tourism Authority of Thailand Governor Yuthasak Supasorn said that the “We Travel Together” stimulus campaign has experienced a slowing down in the past seven months in the context of airfare subsidies. There have been fewer people redeeming their airfare subsidies as opposed to their hotel reservation reimbursements.

Only 700,000 seats have been redeemed out of the 2 million made available for the stimulus campaign. By contrast, 6 million hotel room nights have already been redeemed by registrants.

Seeing a need to assist the airlines sector, the TAT launched discussions with affected companies to try and see what promos they could offer in order to accelerate demand in travel, particularly through air.

Governor Yuthasak said that the panel had come up with several proposals, but the “unlimited pass” idea drew more interest and was seen as doable given the government’s budget for the stimulus package.

In the proposal, the government will ask the remaining 1.3 million participants who have not claimed airfare subsidies to instead purchase an unlimited pass that will allow them to fly all they want, when they can.

Governor Yuthasak said that Thais can purchase these tickets in advance, and redeem them whenever they find it safe or practical to travel.

Governor Yuthasak also announced the possible extension of the “We Travel Together” package. If approved, participants will now have a new deadline for exercising their rights under the stimulus campaign – September 2021.

September is also considered as part of the country’s “low season” for tourism. The potential extension could help hotels generate more revenues during this traditionally slow part of the year.

The “We Travel Together” stimulus package was launched by the government last year in an effort to bring revenues from domestic tourism to the ailing industry.

The program encourages domestic travel by providing subsidies for both airline tickets and hotel accommodation. Participants are able to redeem their reimbursements once they’ve checked in to their hotel.

The government offers to subsidize up to 40% of the locals’ travel expenses.

While initially successful, the tourism industry experienced a slowing down in demand because of the second wave of infections of the COVID-19 that started in December of last year in the province of Samut Sakhon.

Several hotel accommodations and airline tickets were cancelled by domestic tourists fearful of the spreading infection.

Despite its success, the “We Travel Together” stimulus package is bogged down by allegations of graft and corruption among the participating hotels. A number of hotels in various provinces have been found to organize scams in which they can receive the 40% subsidies even though they did not receive any actual reservation or guests.

The government has already arrested a number of businessmen and their cohorts involved in defrauding the scheme, and investigations continue to be undertaken throughout the country.