All American Soldiers Will Be Quarantined Upon Entry, Military Anti-COVID Head Says 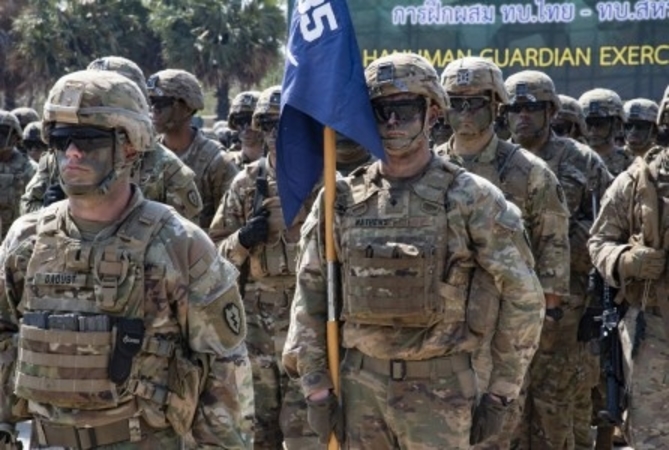 Thailand is set to conduct its annual Hanuman Guard military exercises with the United States this month.

Amidst public worry about another wave of coronavirus infections, head of the Thai Army’s anti-COVID-19 Unit, Nathapon Srisawat assures public that all American personnel will be subjected to 14-day quarantine before beginning exercises with the Thai army.

In addition, General Nathapon that they will also be subjected to mandatory swab testing to check for infections.

Some 36 American personnel have already arrived from Japan and are now being quarantined as required by the Center for COVID-19 Situation Administration.

More are expected as there are roughly 106 military personnel expected to participate in the small-scale exercise, of which 71 are to interface directly with the Thai armed forces.

On the Thai side, the General said, there will be more than 50 Thai soldiers in participation.

The Hanuman Guard exercises involve the US military sending trainers to study and improve the capability of the Thai Army. In addition to conducting joint drills between participating units, 71 trainers will work as experts to evaluate and make suggestions for further improving the Thai Armed Forces.

These American personnel will start training in August 18, and will be in the country until the rest of the month.

They will be confined to their barracks for the entirety of the drill’s duration.

These worries come amidst the recent infection of returning Thai soldiers from a drill in Hawaii, which is a state of the United States. A total of 9 personnel had tested positive upon arriving home after the exercise.

As of today, Thailand has only 3,321 confirmed cases. Out of these, 3142 have recovered, and only 58 deaths have been recorded.

Thailand has reported no cases of local transmission for 10 consecutive weeks. Its recent cases have been imported, coming mainly from Thai returnees.

These include two cases in Chon Buri, a maid and a driver that have been repatriated after being employed in the United Arab Emirates.

Another case was recorded in Bangkok. The patient is a 19-year old Thai student who came home from studying in India.

The Kingdom also recorded a case involving a Russian woman, who had been quarantined in Bangkok since July 20. The woman first tested negative upon arrival, but was still quarantined as part of the CCSA’s regulations.

When she was re-swabbed yesterday for her 13th day of quarantine, the results returned were positive.

Concerns amidst second wave infections in the cities of Beijing and Seoul in China and South Korea, respectively, has pushed the government to indefinitely postpone the implementation of the travel bubble agreements with these agreements and Japan.

This has put foreign tourism on further hold while the government discusses means to ensure that the country is protected from a second wave of transmission before reopening international air travel.

Meanwhile, Thailand is getting ready to welcome non-tourist foreigners back into Thailand. These include migrant workers, permanent residents of the Kingdom, foreigners married to Thai spouses and members of Thailand Elite, among others.