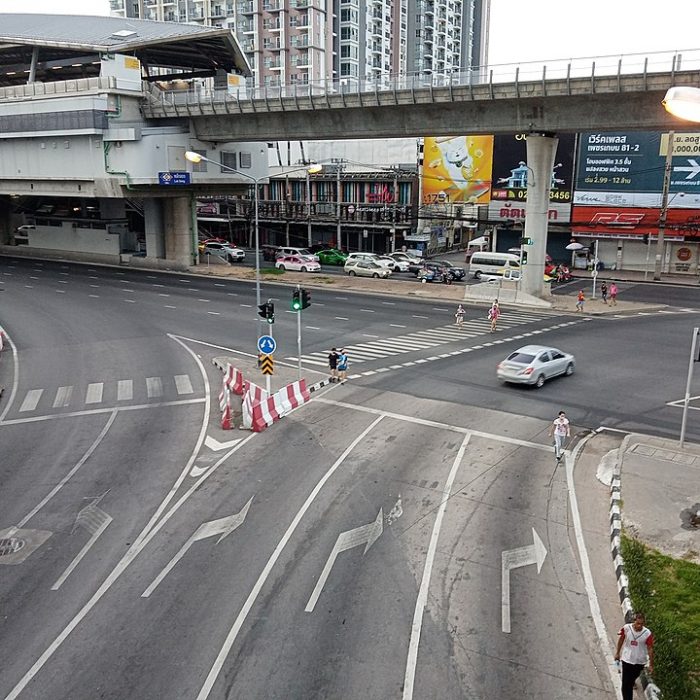 The DDC Director-General said that the centers of the new cluster were easily monitored and controlled.
Photo By: Phoebus 28, CC BY-SA 4.0

The Bang Khae District has seen a rise in new cases, but the Department of Disease Control that it is not a new wave as levels did not reach the thresholds comparable to the ones seen in Samut Sakhon in the middle of last year.

According to the Bangkok Metropolitan Administration or BMA, it had conducted proactive case finding that resulted in the discovery of 96 cases of local transmission so far. These cases were found in the Wonder Market, where 2,335 people were subjected to COVID-19 testing.

The BMA said that 764 results have already been released, and were found to be positive. The remaining test results are yet to be released.

The BMA had tested a total of 4,046 people in total, comprising several markets in the district. Six markets, with a total of 1,711 people, are also awaiting results of the case finding done by the government agency.

DDC Director-General Dr. Opas Karnkawinpong said that these markets are clustered closely together, with nearly a thousand people going in and out of these places in one day. The area that the markets cover is also very wide, increasing the possibility of the virus being spread amongst the vendors and customers.

Dr, Opas described the ventilation in these markets as “poor,” while the ceiling are very low. Like in Samut Sakhon’s Central Shrimp Market, these public places employed a number of migrant workers under the employ of Thai vendors.

Dr. Opas also said that adherence to public health safety in the markets was poor, with the vendors not wearing their masks as prescribed.

“Even though vendors wore masks, they still kept them below their noses which defeated the intended purpose. Failing to wear masks properly will heighten the risk of infection,” Dr Opas said.

Dr. Opas revealed that all of the cases found in the Bang Khae district were vendors and migrant workers. There were yet to find cases that involved customers that had visited the markets getting infected with COVID-19.

All of the infected personnel have been sent to the hospital, he added.

However, he said that health officials in nearby provinces had been given instructions to monitor 15 people that were identified in the contact tracing process as having visited some of the markets in the district.

As for the possibility of another wave, Dr. Opas said that the movements of people coming to the markets were easily monitored and controlled. Thus, the new infections are not showing signs of becoming a new outbreak.

“With cooperation from market operators, vendors and the public, the situation will be brought under control shortly as in the case of Pornpat Market in Pathum Thani which has now reopened,” Dr Opas said.