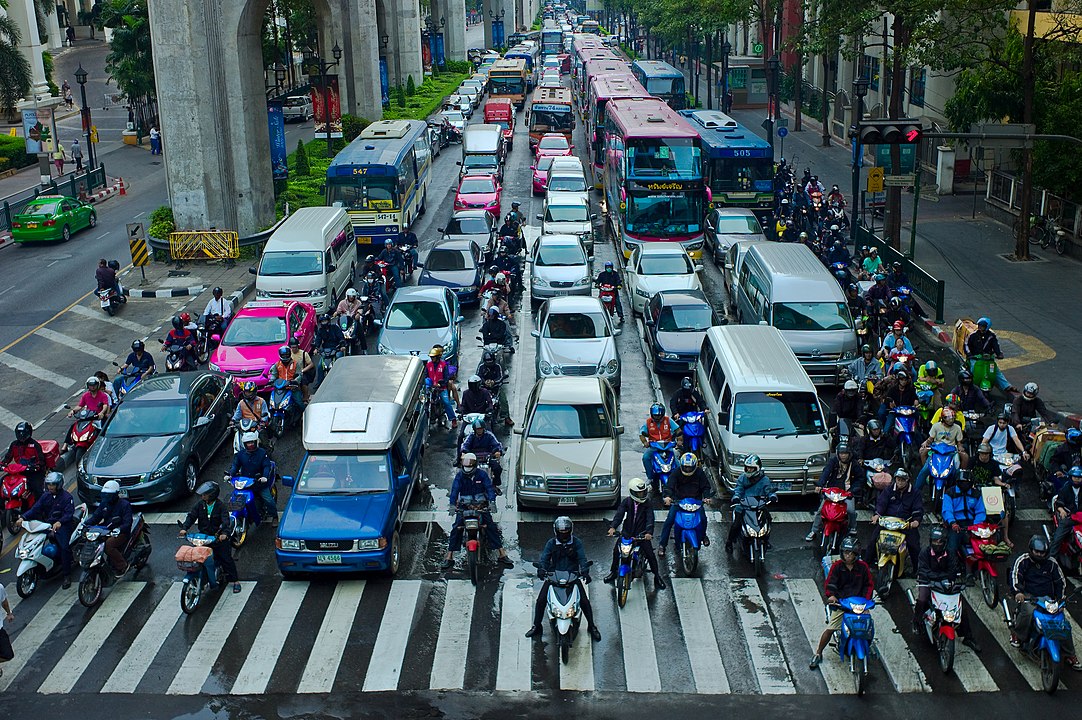 Cars must be registered within Bangkok and must be over seven years old.
Photo By: Roland Dobbins from Singapore, Singapore, CC BY 2.0, via Wikimedia Commons

As PM2.5 levels continue to rise in the Kingdom’s capital city of Bangkok, car manufacturers are pitching in by offering discounts on maintenance services for old cars. This is part of the initiative launched by the Automotive Industry Club Federation of Thai Industries or FTI.

The offer is valid from December 17 until the end of February 2021.

According to the FTI, there are 7 manufacturers that agreed to join the campaign in a bid of to promote proper maintenance in old cars. This will help in improving engine efficiency despite the vehicle’s age and, along the way, reduce the machine’s PM2.5 and carbon emissions that contribute to air pollution that threaten the health of the population.

FTI President Suparat Sirisuwanangkura added that 540 car service centers throughout the capital city will be offering the discount.

Mr. Suparat also revealed the requirements for eligibility. According to him, the vehicle must be more than seven years old. The engine can read either on diesel and petrol. Finally, they should be registered in Bangkok or in its surrounding districts.

Mr. Suparat expressed confidence that there will be a huge turnout of old vehicle owners taking advantage of the offered discount.

“We expect more than 480,000 vehicles to participate in the programme,” he said.

As of Tuesday, Bangkok Metropolitan Administration spokesperson Pongsakorn Kwanmuang said that the PM2.5 levels in the capital has reached 74.6 mcg/cm on average. This has exceeded the 50 mcg/cm threshold considered by the government as safe.

Even Thailand’s safety threshold as 50 mcg/cm is higher than what is acceptable in other countries.

Mr. Pongsakorn also added that the smog is expected to continue in the capital until February, prompting a series of responses from the private sector and the government.

General Prawit also asked government agencies to control the amount of traffic in Bangkok to reduce the number of vehicles emitting air pollution.

Health Department Deputy Director General Danai Teewanda called on schools to reduce their morning assembly time to 10 minutes to keep children indoors as long as possible and prevent exposure to smog. The BMA, however, said that there is no need to close schools despite the rising PM2.5 levels in the country.

Royal Thai Police Damrongsak Kittipraphat even suggested that people start work-at-home arrangements so they don’t have to travel. He suggested that this be done at least once a week, although people are dismissing Commander Damrongsak’s suggestions as the smog is caused by crop burning and not by vehicle emissions.