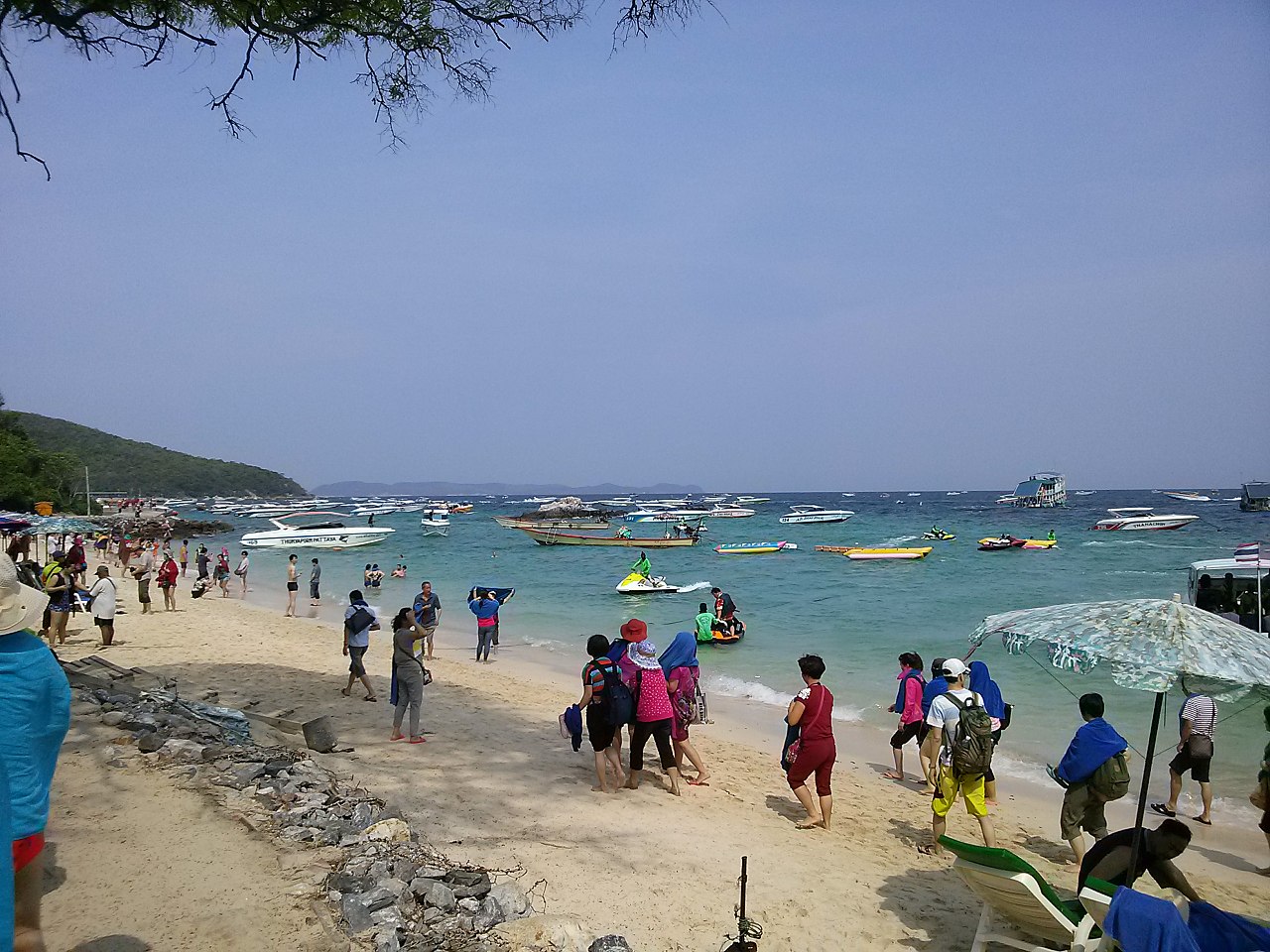 Chonburi has more reservations than other provinces in Thailand.
Photo By: song songroov / CC BY

When the government launched the “We Travel Together” stimulus package in July, it was to boost domestic tourism to the many provinces that the Kingdom has.

As statistics became available, it appeared that the province of Chonburi has the most number of reservations made by locals to take advantage of the program’s subsidies. Reporters indicate that Chonburi’s hospitality establishments have recorded 34,000 reservations made under the “We Travel Together” scheme.

This puts the province at an advantage over the more popular destinations like Cha-am, Prachuap Khiri Khan, Hua Hin and even Chiang Mai.

The “We Travel Together” is designed to boost domestic tourism and provide much-needed revenues to the industry despite the current ban on international tourism. The ban has been in place in April after the declaration of the emergency decree, which expires on the 31st of September.

Under this program, locals have the opportunity to have 30% of their travel expenses subsidized or refunded by the government. There is currently a cap of THB3,000 for each single booking that can be subsidized.

Although there have been promising results in the month of July for domestic tourism, the program has been considered by the Tourism Authority of Thailand as underperforming.

With a target of 5 million room nights by October 31st, the stimulus package has only resulted to 620,000 hotel room bookings for so far. This is despite the fact that 4.6 million locals have signed on to have their travel expenses subsidized by the government.

In a bid to create fresh demand, the TAT has announced that it is extending the maximum number of nights that can avail of the perks from 5 nights to 10 nights in a row. The cap still remains at THB3,000.

Also, the TAT has extended the perks to corporate entities as well. The stimulus package only initially targeted local Thais.

Expat groups and the private sector are also calling on the government to extend the stimulus package to foreign expatriates as well, citing the fact that these foreigners are also paying tax and contributing to the economy while they are staying in the Kingdom.

There have been discussions in July to that effect, with Tourism and Sports Minister Phiphat Ratchakitprakarn calling on exempting expatriates from the dual pricing scheme in the entire country.

The dual pricing lets locals pay local rates, which are lower, while expatriates and tourists are paying significantly higher rates in food, accommodation, car rentals and other tourism-related expenses.

In the meantime, in an attempt to slowly reboot foreign tourism, the government has announced a limited reopening of Phuket to foreign tourists by October 1.

This is under the “Safe and Sealed” plan overseen by the Tourism and Sports Ministry, following a framework initially suggested by the private sector.

If the first phase, officially called the Phuket Model, proceeds without problems or a second wave of infections, it could be extended to other provinces as well. Koh Samui and the Phi Phi Islands in Krabi Province are being eyed as additional destinations as well under the plan.