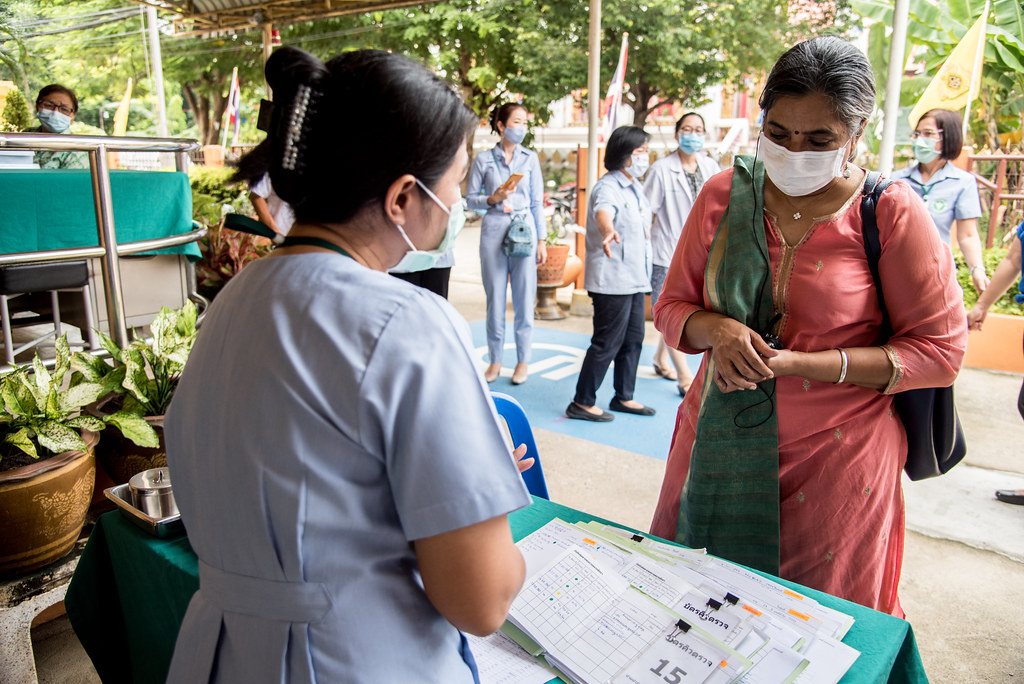 Bangkok accounts for more than 90% of the daily total.
Photo By: Some Rights Reserved byWHO Thailand

Thailand is seeing another surge of daily cases after hospitals and field workers reported a combined total of 401 new cases in the past 24 hours. Another patient has also died in Bangkok, bringing the death toll to 92.

337 of the new cases reported were found through community active testing, while hospitals reported 46 infections. The remaining 18 cases were found among arrivals from abroad.

Thailand’s cases are now at 28,277 since the start of the pandemic.

According to the Department of Disease Control, the new fatality lived in Bangkok and was 75 years old. He had suffered underlying conditions such as heart valve regurgitation and hypertension. He also had Alzheimer’s disease.

The man’s case was reported on March 14. He had suffered sore throat and fever at the same. He was brought for COVID-19 testing, and the positive results were returned on the same day.

Upon admission, his condition worsened until his death on Friday, March 19.

Regarding the new cases, 318 of the cases were found amongst inmates in the immigration police detention facility in the capital’s Bang Khen district. Another five cases were detected in other areas of Bangkok, while the 14 were found in Samut Sakhon (12 cases) and Nakhon Pathom (2 cases).

On the other hand, 29 of the 46 cases in hospitals were reported by facilities in the capital. Nine cases were reported in Nakhon Pathom, five in Samut Sakhon and one case each in Khon Kaen, Pathum Thani and Nonthaburi.

Bangkok accounted for 92% of the daily total.

As for the quarantined arrivals, 4 came from Qatar, 2 each from the United Kingdom and Malaysia, and one arrival each from Greece, Belgium, the Netherlands, the United Arab Emirates, Pakistan, Croatia, Syria, Myanmar, Ethiopia, and Tunisia.

As the pandemic continues to rage and effects on the economy continue to be felt, the government has approved a THB350-billion financial aid package for businesses affected by the crisis.

According to a spokesperson of the Bank of Thailand, the package include THB250 billion to be offered to entrepreneurs as soft loans. The remaining THB100 billion will be allocated for asset warehousing, a scheme designed to help debtors with non-performing loans with commercial banks.

Asset warehousing is a scheme created by the Bank of Thailand and Finance Ministry. Under the program, debtors who owe money but cannot yet repay because of the pandemic can instead transfer some of their assets to their creditors as collateral. The financial institutions can then manage the assets on the debtor’s behalf.

Once the debtor has recovered from the financial crisis, they have the option of buying or reacquiring their assets from the bank as settlement of their debt.

The BoT, Finance Ministry and commercial banks are currently finalizing the details of the warehousing plan. It is expected to commence in about two months.