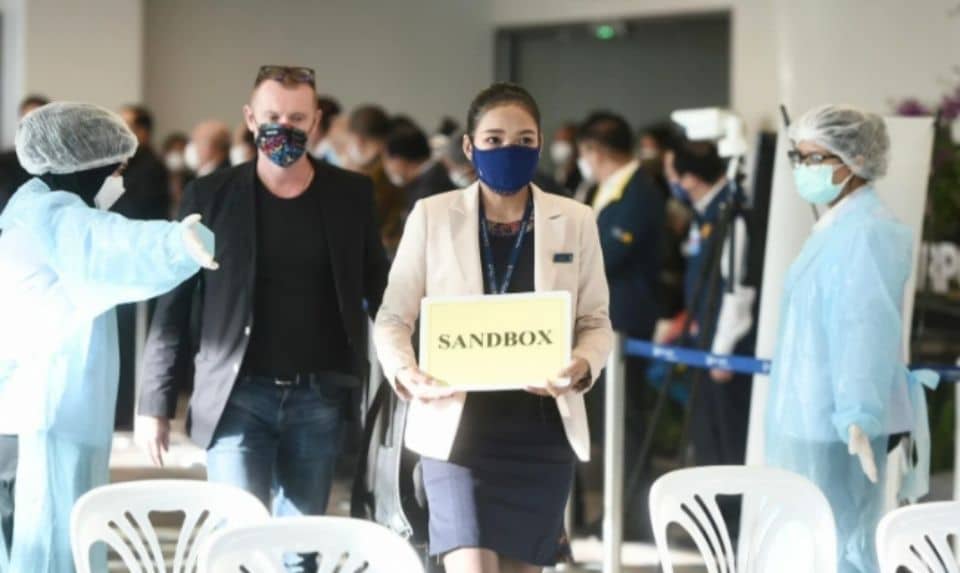 According to Phuket vice governor Piyapong Choowong, COVID-19 had no impact on tourism in “Phuket Sandbox.” Recently, the official reported that approximately one-third of vacationers who came under the new reopening strategy decided to go home because Covid-19 infections and deaths continuously increased.

The relaunching model gives foreign tourists an exemption from quarantine for travelers who have received vaccination against Covid-19. People from other provinces in Thailand need to stay on the island for 14 days and have Covid-19 testing done on them before traveling to other provinces in the country. However, the Thai authorities insist that they have not seen any Phuket Sandbox tourists returning home unhappy with their vacation since the reopening of the province on July 1.

Yesterday, Phuket Vice Governor Piyapong Choowong claimed he noticed a report in the news that said 3,000 “Sandbox” visitors had opted to leave the country due to the rising infection rate and the province’s land-based restrictions.

It is believed that the spread of the highly transmissible Delta variant is contributing to the rise in infection rates, which have reached record highs in recent years. In order to fight the virus, strict restrictions, such as curfews, business closures, and travel restrictions, have been imposed in 13 provinces that have been designated as “dark red” zones under maximum control.

Entry requirements for international visitors have been tightened by the Phuket authorities, who now require proof of vaccination or a Covid-19 test to be accepted. “On July 1st and up until yesterday, a total of 10,849 individuals have started arriving at the Sandbox scheme since its launch.  Tourists have finished their vacations before or at the 14-day mark, approximately 3,000 people have returned to their home countries.”

I would like to make it clearer that these tourists left Phuket in accordance with their original plans and not as a result of the increased number of infected cases.

Hotel cancellation and postponement rates for bookings after August 1 range from 44-65%, according to a straw poll conducted by The Thaiger over the past three days.

The cancellations and postponements were attributed to the current surge of cases in Thailand, lack of options available on the island at this time, the complexity of the rules, lack of alternatives at the end of their 14-day stay, and the hefty cost of transportation all across Phuket.