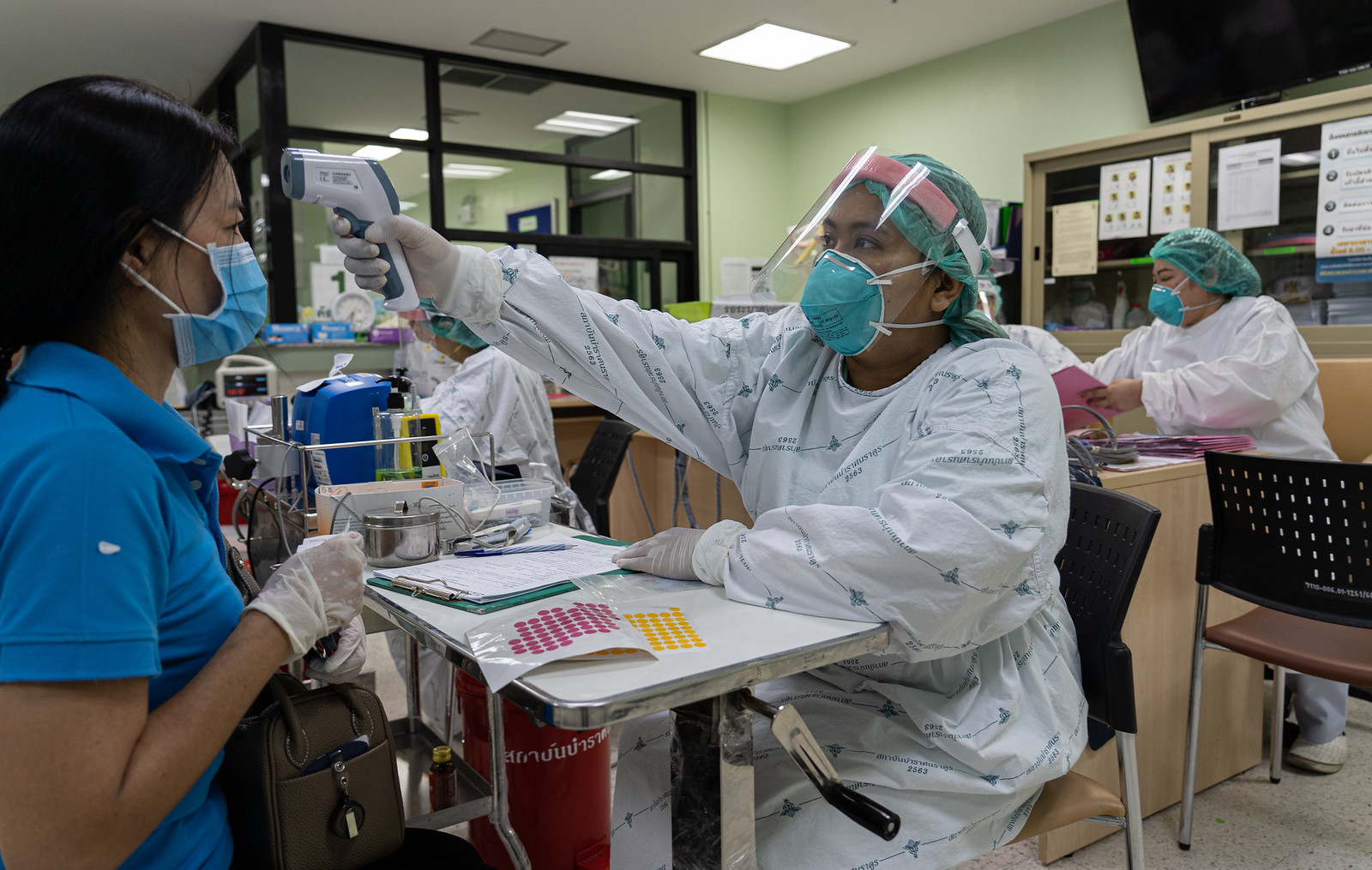 The two cases have low amount of genetic material and is unable to transmit the virus, the DDC says.
Photo By: UN Women Asia and the Pacific

Two Thais are currently on state quarantine after being found positive for COVID-19. Amidst fears of second wave of infections, however, the head of Thailand’s Department of Disease Control remains confident that the risk of a new major outbreak is “low.”

According to Director-general Suwannachai Wattanayingcharoenchai of the DDC, these two particular cases carried a low amount of the virus in their bloodstream. In these quantities, he said, the two had a low risk of transmitting the virus to their contacts.

The head of the Department’s Bureau of Communicable Diseases, Dr Sopon Iamsirithaworn, likewise said that one can be a carrier of the virus for up to three months. However, you carried a low risk of transmission after a week of being infected.

However, the government still conducted tracing and testing as well as mandating quarantine for the two patients’ close contacts.

In addition, both of the patients are now under treatment at the Ramathibodi Chakri Naruebodindra Hospital.

Both cases had been found positive after they underwent swab testing to obtain a health certificate to travel abroad. They had both returned to Thailand from United Arab Emirates on June 24, and were allowed to go home to their respective provinces after both tested negative.

The first case, a 34-year-old woman from Chaiyaphum province, first undertook two tests on June 5 and July 13, respectively, with both bearing a negative result. She was quarantined for 14 days after arrival, and then another 10 days upon arriving at her home province. She decided to fly abroad on August 10, and sought out a test that came out positive.

Doctors say that she was not infected by another person, as there are a low amount of the virus in her body.

The second case is a 35-year-old woman from Loei province. She had tested negative after arrival from the UAE on June 24, and after completing her 14-day quarantine. She took a test on August 16 in Bangkok as part of getting a medical certificate, and turned out positive.

Both patients are asymptomatic, the DDC said.

So far, Thailand has not recorded any new case of local transmission. New cases that are reported are predominantly locals that have returned home from studying or working abroad.

The country continues to have a high recovery rate and a low death rate. As of today, the total number of cases are at 3,389. 3,218 cases have recovered, while there are 58 fatalities so far.

Despite this, the Royal Thai government has yesterday approved, through the office of the National Security Council, the extension of the emergency decree until the end of September.

NSC secretary-general General Somsak Rungsita said yesterday that their office is due to meet today to discuss restrictions on certain measures that have been previously lifted.

As the country’s economy continues to suffer from the effects of the pandemic and the resultant lockdown on public activities, the government is currently working on introducing policies and measures that will combat unemployment and encouraging consumer spending to revitalize the economy.