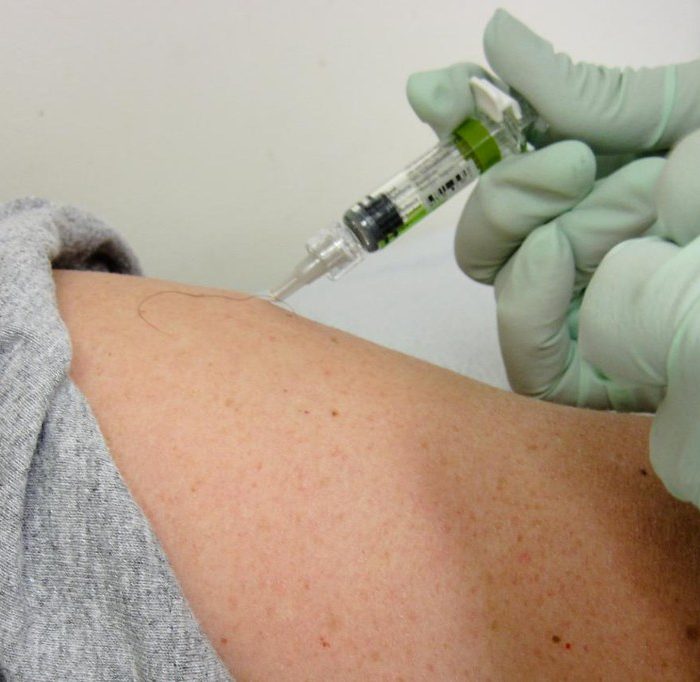 The government aims to vaccinate 10 persons per month starting in June.
Photo By: Some Rights Reserved byFlickr Dave

The national government of Thailand has announced more details of its immunization plan, which is to begin this month. Officials are claiming that they are planning to administer a total 10 million doses each month.

Of these, 1 million people that are considered most at risk for COVID-19 will receive their shots by May. A month after that, the government will start the actual mass vaccination campaign for nearly half of its 70 million-strong

According to the Deputy Minister for Public Health, Sopon Iamsirithaworn, the government are going to roll out the vaccination in two phases. The first phase will commence this month and will roll through until May. After that, the second phase will begin in June and end in December.

From February to May, Minister Sopon said that the government will be making use of the 2 million doses that it has ordered from Chinese pharma Sinovac Biotech. These doses will arrive this month, and will be used to inoculate frontliners rendering medical services in high-risk provinces like Samut Sakhon.

Minister Sopon added that, from June to December, the government will administer 10 million doses per month. These shots will use the 61 million doses of AstraZeneca’s COVID-19 vaccine, produced through the technology transfer agreement the company has with Siam Biotech beginning in June.

The press briefing, however, has not made any mention of the 50,000 AstraZeneca doses that had been promised by the company to Thailand.

Despite the prohibition order issued by the European Union, AstraZeneca assured the Thai government that it will be able to deliver the 50,000 doses expected this month from its manufacturing facilities in Asia, not Italy.

The EU had previously barred pharmaceutical companies based in the bloc from importing doses to other countries so as long as there are pending orders from the Union’s member states. AstraZeneca is a British/Swedish company, and maintained manufacturing hubs in Italy.

Minister Sopon also added that they have made sure that hospitals with resuscitation gear and areas are the ones participating in the immunization campaign.

The goal is to have about 60% of the population by December. This will bring the country to “herd immunity,” or a state where a majority of the population is protected from the virus. In turn, these protected individuals can keep those not vaccinated safe by not being able to transmit the virus.

The national government had previously announced that private organizations and local government administrations will not be able to procure vaccines independently.

Cities and private businesses in Phuket have expressed willingness last month to purchase their own vaccines to inoculate their citizens and employees in preparation to reopen the island to foreign tourism by October.

In response to Prime Minister Prayut Chan-o-cha’s announcement, a group of 14 business operators in Phuket have submitted a petition asking the government to reverse that order.