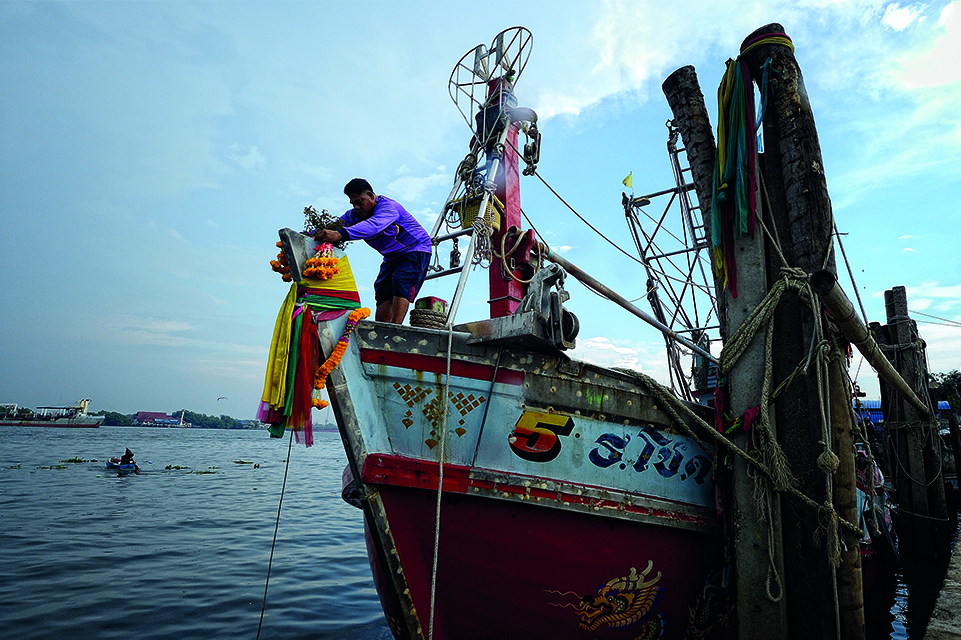 The Department of Internal Trade is working out deals with private organizations to help out the shrimp farmers.
Photo By: Mr.Niwat Tantayanusorn,Ph.D., CC BY-SA 4.0, via Wikimedia Commons

With a lockdown in place, shrimp farmers, in particular, are expressing difficulty managing their inventories in Samut Sakhon as there is no venue for them to be able to sell their livestock. However, the government is stepping in and is assuring these farmers of help to come.

The Department of Internal Trade, a unit of the Ministry of Commerce, is preparing to launch a set of measures that are aimed towards assisting these shrimp farmers amidst the ongoing 14-day lockdown in the province following a major surge in infections last week.

According to DIT director-general Wattanasak Sur-iam, shrimp farmers have an aggregate surplus of 100 tonnes of fresh shrimp that cannot be sold now in the province because of the lockdown.

To assist the farmers, Mr. Wattanasak said that the DIT will take upon itself to find new venues for these shrimps to be sold outside of Samut Sakhon. To this end, he said that his department will reach out to major industry players like the Thai Restaurant Association as well as supermarkets.

However, to avoid having the surplus grow and exceed expectations, shrimp farmers are to keep their livestock in the water and not harvest them for the time being while deals are being worked out.

Thai Frozen Foods Association president Poj Aramwattanawont said that the outbreak will have major effects on the shrimp market that go beyond the duration of the lockdown. He said that demand for shrimp coming from the province in general will decline because of fear among the populace.

Mr. Poj, who also serves as vice president of the Thai Chamber of Commerce, said that there should be an information campaign to educate people more about the virus so that consumer confidence is not shattered to the point that they will not patronize products.

He acknowledged the efforts of the DIT can help in stabilizing supply and demand, which in turn will keep the prices for skyrocketing.

On the other hand, Fisheries Department deputy director-general Vicharn Ingsrisawang said that people need not worry too much about shrimps and other seafood products despite the rise in cases in Samut Sakhon.

Distributors, however, must ensure that the people involved in the logistics must observe proper disease control measures, he added.

Other members of the private sector, however, are not yet concerned about a nationwide impact on the shrimp market.

Thai Shrimp Farmers President Kanchit Hemarak and University of the Thai Chamber of Commerce president Thanavath Phonvichai both said that the economic impact of the local outbreak is “limited.”

Mr. Kanchit said that their association is working on quantifying the actual damage to the industry from the Samut Sakhon outbreak, while Mr. Thanavath said that the impact could be more substantial if the government imposes a national lockdown like what happened in April.

The Samut Sakhon outbreak is Thailand’s first major outbreak after nine months. Government health officials say that migrant workers from Myanmar make up 90% of the infected population in the province, with only 33 Thais found infected as of Monday.