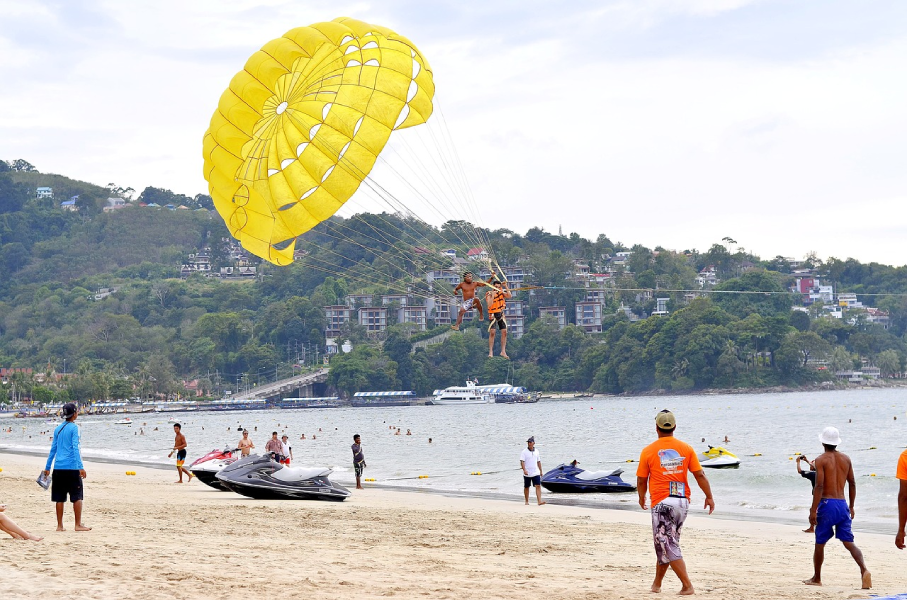 Top officials responsible for tourism have toured Phuket and spoke to locals over the weekend.

Authorities responsible for tourism in Thailand have toured the entire island of Phuket to solicit people’s views on the future reopening, as well as their current status in the wake of the pandemic and the subsequent lockdown.

This tour took place over the weekend, even as both Tourism Authority of Thailand Governor Yuthasak Supasorn and the Tourism and Sports Minister Phiphat Ratchakitprakarn have said that the stated October 1 date for Phuket’s reopening for foreign tourism is not achievable.

Speaking before local businesses and citizens in Phuket as part of the cavalcade, Governor Yuthasak said that the October 1 date is mostly like going to be postponed because of the abovementioned factors.

Despite this, Deputy Prime Minister Anutin Charnvinrakul told the assembled locale to be more “confident”, as the government, both provincial and national, are busy finding ways to get around the challenges posed by the ongoing COVID-19 pandemic.

Various government ministers were in the island to speak to locals about issues that are relevant to the province’s economy.

Deputy Minister of Commerce Weerasak Wangsupakitkosol spoke with locals about issues plaguing employment as well as personal debt. On the other hand, the Deputy Minister of Agriculture and Cooperatives held a dialogue with farmers to determine problems their communities are facing.

Members of the Bhumjaithai Party also held a conference with business owners in Cherngtalay to see how everyone is trying to survive amidst the challenging situation the nation faces due to COVID-19.

The delegation then convened at the Baan Kamnan Restaurant on Patong’s Thaweewong Road to discuss each team’s findings and draft a report for submission to the Cabinet. They were joined by Patong Mayor Chalermluck Kebsup, President of the Patong Entertainment Business Association Weerawit Kreuasombat and Patong business entrepreneur Prab Keesin.

Minister Phiphat said that they will be submitting a report to Prime Minister Prayut Chan-o-cha, although he said it is like to postpone the opening date of Phuket due to fears among the locals.

Phuket was slated for reopening for foreign tourism on October 1, under the “Phuket Model” of the government’s “Safe and Sealed” plan.

According to various news reports in August, the Phuket Model would have kick-started the gradual reopening of Thailand to foreign tourism, which is a major source of revenues for the economy. Reports have said that the pilot group of 200 tourists will come from Australia and New Zealand.

Under the Safe and Sealed plan, these tourists would have to test negative for COVID-19 72 hours prior to departure in order to leave for Thailand. Upon arrival, they will be tested again at the airport, and two more times during the 14-day quarantine.

However, news outlets pointed out over the weekend that the Model is not feasible given the facts that Australia currently bars its citizens and residents to leave the country. New Zealand, on the other hand, gives only permission for trips that are considered necessary.

In addition, Thailand has recorded its first case of local transmission of the COVID-19 – a 37-year-old DJ who tested positive for COVID-19 while on quarantine in prison. This comes as the country marks the 100th day of no local transmission cases of the coronavirus.