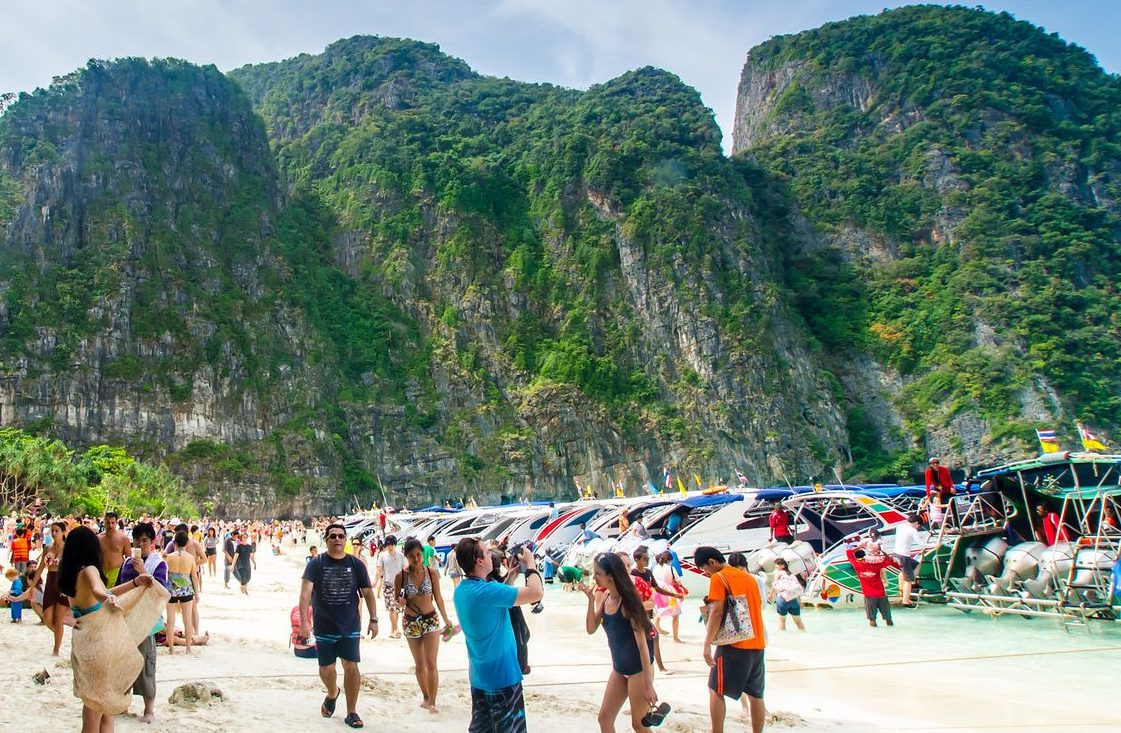 The government will be implementing technology through a wristband and a mobile app for tracking.
Photo By: Some Rights Reserved by lawrence.goh

The Special Tourist Visa is set to bring in its first set of tourists this week, and the government has released more details on how it plans to handle and track the first group of visitors.

It appears that all tourists coming in under the STV will be required to install a mobile application, and wear wristbands that will allow officials to monitor their location.

According to Prime Minister Prayut Chan-o-cha, there will be no short-term tourists under the program. For now, only businessmen and those with plans to stay long-term in Thailand will be allowed in to the country.

He also added that this is not a full reopening of the country to tourists, but rather a gradual lifting of measures.

The number of visitors will be capped to prevent a surge of infections coming from abroad, Gen. Prayut explained, and there are concrete disease control measures in place, including the app and the special wristbands, to handle incoming visitors.

Gen. Prayut called for the cooperation of all in the program, especially tour operators. The Prime Minister added that without the new arrivals, the country “cannot move forward” and reassured everyone of all the measures and protocols set in place to keep the coronavirus out.

In related news, Phuket is gearing up to receive its first visitors under the STV program.

Phuket governor Narong Woonciew told reporters that the provincial government and all related agencies are ready to welcome the first group of STV holders, which is scheduled to arrive on October 8. This charter flight will be carrying 120 tourists from Guangzhou in China.

To prepare, the provincial government conducted another rehearsal on Tuesday.

Provincial Health Chief Thanit Semkaew also revealed that nine hotels in the province have already received approval to function as alternative state quarantine venues for the Chinese tourists. As of now, this brings the number of available ASQ rooms to 1,222.

Mr Thanit said that they are also looking at 73 more applicants for ASQ, with a total of 5,800 rooms to bring into the public health system. He said the province needs roughly 5,000 more rooms to accommodate new groups in the future.

The STV program lets in only three flights per week into Thailand, and each flight is limited to only 100 tourists. This brings the limit on the total number of tourists per week to 300.

Phuket is one of the pilot provinces of the STV program, with the other one being Samui.

After arriving at the airport, the tourists will be screened for COVID-19. Anyone who shows a positive result will be logged as Patient Under Investigation and referred to hospitals designated for new cases.

Those who return negative results will be immediately transported to their ASQ facilities are clearing immigration.

All visitors are required to undergo 14-day quarantine in their ASQ hotels, with two COVID-19 tests administered – one at the start, and one at the end of the quarantine period.

Thailand’s government is considering a shortened quarantine period, and is looking at the results of this new group of tourists.