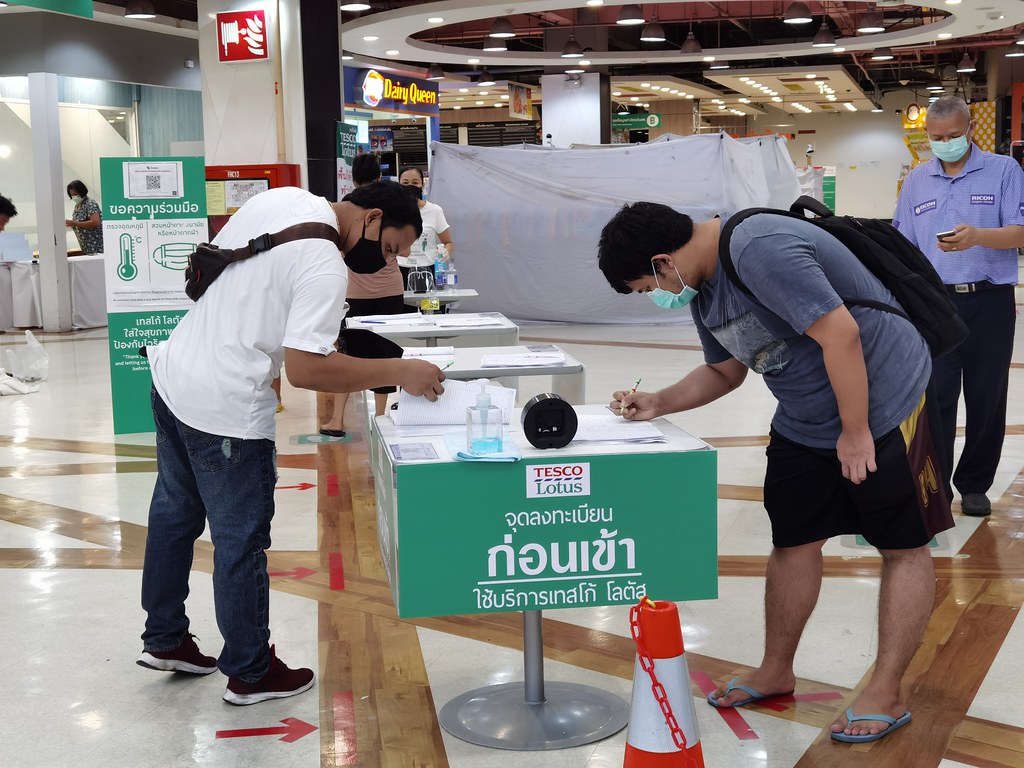 The app is currently being developed by the Ministry of Finance and Krungthai Bank.
Photo By: Some Rights Reserved byILO in Asia and the Pacific

People with smartphones can soon download a mobile app that will allow them to register for the government’s ongoing vaccination program. This app is called the “Health Wallet,” which is currently under development and will soon be launched.

According to government spokesperson Anucha Burapachaisri, the matter had been brought up by none other than the Prime Minister Prayut Chan-o-cha himself during a meeting with the Ministries of Public Health, Interior and Finance on Friday, April 2nd.

He said that the app will be developed in order to keep track of the allocation of vaccines, and allow the government to maintain a database of people who have received their doses.

The app will fall under the jurisdiction of the Ministry of Finance, which has already tapped programmers from Krungthai Bank for the development of the Health Wallet. However, the maintenance of the app and the database will be handled by the Public Health Ministry.

Mr. Anucha said that Prime Minister Prayut wants to fast track the vaccination, in order to ensure that 70% of the population is vaccinated early and ensure the reopening of the country to foreign tourism next year.

The sector will partially reopen beginning in July, when Phuket will be allowed to waive the currently mandatory requirement for 14-day quarantine. This privilege will be available for tourists who have received their COVID-19 vaccines in their home country and can present the documentation to prove it upon entry to the Kingdom.

In addition, these tourists need to have been vaccinated by any of the vaccines that are currently registered with Thailand’s Food and Drug Administration, or have been recognized by the World Health Organization.

Instead of a mandatory quarantine, tourists will instead be confined to specific areas in Phuket for their first 7 days in the country. If they test negative for COVID-19 at the end of that period, they will be allowed to visit any of the five other provinces tagged for partial reopening by September.

After 14 days, they will be allowed to visit other destinations in Thailand.

Vaccinations continue to be the focal point in the government’s efforts to fully reopen the country and bring back confidence in foreign tourism. Several private sectors have called on the government to add tourism employees into the list of people to be prioritized in the first phase of its vaccination program.

Recently, the government had also added airline employees to the list of priority groups to receive the vaccine under the ongoing inoculation efforts.

The government aims to vaccinate at least 60% of the population against the COVID-19. With herd immunity in place, it would be safe for the country to reopen for mass tourism in early 2022.

Thailand currently has 28,947 cases of COVID-19, with 58 new cases recorded yesterday, April 2. 45 of these cases are local transmissions, while 15 were reported among quarantined arrivals.

42 of the new cases were reported in hospitals throughout the country while only 3 were reported through community testing, Center for COVID-19 Situation Administration spokesperson Taweesilp Visayunothin said during the press briefing.