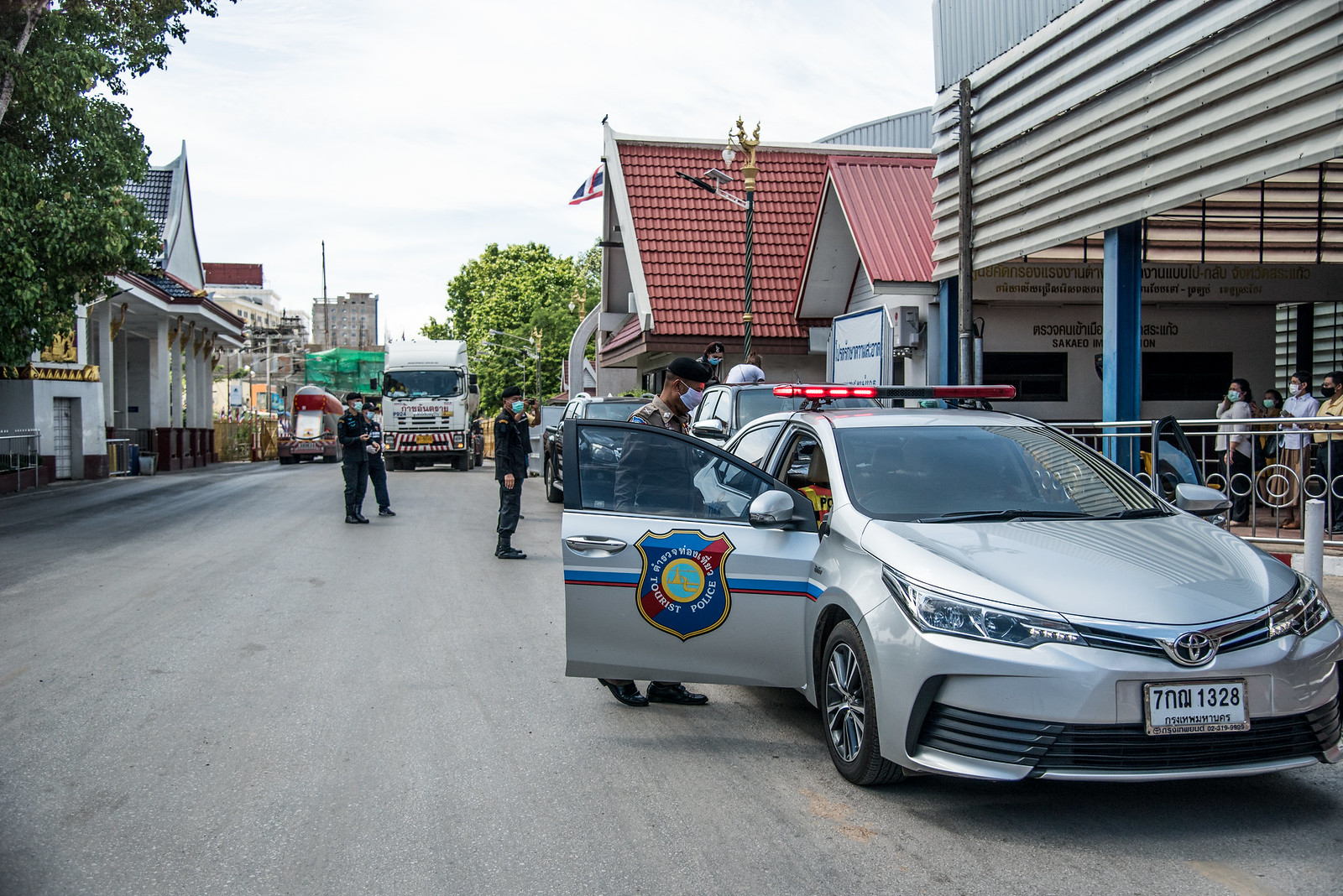 This comes after news of cases connected to Samut Sakhon appearing in 22 provinces are reported.
Photo By: Some Rights Reserved byWHO Thailand

The Center for COVID-19 Situation Administration said that the government could institute a fresh lockdown by March 2021, roughly a year since the first lockdown, if the people don’t cooperate with government measures set in place to control the virus.

This is what Dr. Taweesilp Visanuyothin, CCSA spokesperson, said during a press meeting called to discuss the latest developments of the Samut Sakhon outbreak where a large number of migrant workers tested positive for the virus after being exposed to a vendor in a shrimp market.

The outbreak showed a 44% infection rate out of the 2,025 people, most of them migrant workers, who reported direct contact with the shrimp vendor.

Samut Sakhon had been placed into lockdown until January 3rd, with all travel in and out of the province banned. The government is also enforcing a curfew from 10 pm to 5 am.

Despite those measures, the outbreak had already brought the COVID-19 to 22 provinces, including Phuket. A huge number of people from outside the province had visited the shrimp market to purchase seafood before the government had declared the outbreak.

A 40-year-old man in Phuket was diagnosed with COVID-19 last week after being exposed to a friend who lived in Samut Sakhon and was also infected in the shrimp market. They had gotten together with 38 other peoplein Koh Lanta on December 10, and also went out together between December 11 and December 12.

He went back to work in Phuket on December 14, and started developing symptoms on December 16. He learned of his friend’s positive result on December 20, and submitted himself to testing the same day at Vachira Phuket Hospital.

His infection was confirmed on Tuesday, December 23.

Dr. Thanis added that three of his close contacts are being treated, while 25 have been quarantined after being tested.

Schools in Phuket have already closed as a response to the single case of COVID-19 infection, including Kajonket Pattana School, pending the test results of the man’s children. Four other schools have shut down from December 23 until Christmas Day, while Kanokkhwan Kindergarten remains closed until January 4.

Addressing concerns about travel to the 22 provinces with cases, Epidemiology Bureau director Walairat Chaifoo said that there is minimal danger to travelers who want to visit cities in those provinces. This is only true, however, as long as people observed disease prevention measures including face masks and social distancing.