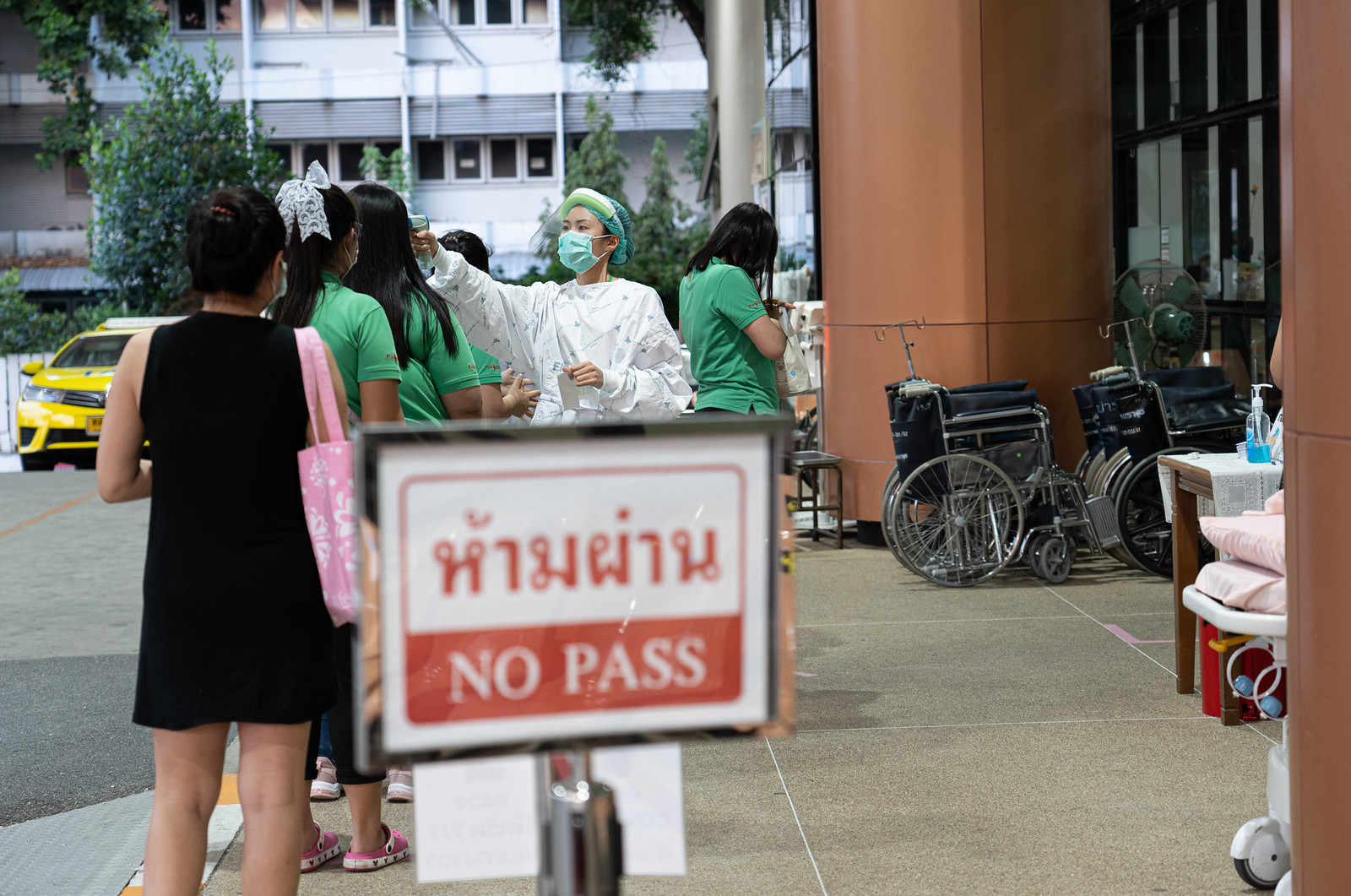 Mass testing continues to be conducted, particularly in the borders, a Health Ministry official said.
Photo By: Some Rights Reserved byUN Women Asia & the Pacific

Government officials in charge of public health and safety assure the public that they continue to remain vigilant and on guard against the deadly COVID-19. This follows after the discovery of an Indian man in Krabi who was positive for COVID-19 but asymptomatic.

The Indian had been staying in Thailand for three months. His case was only discovered after he took a mandatory health test in order to apply for a working permit in the province. The government, after aggressive contact tracing following the discovery on November 4, found no resulting cases of local transmission from the index patient.

The case had raised questions within the country as to whether the Ministry of Public Health is actually aggressive in its monitoring of asymptomatic cases particularly in the border, which is considered a high-risk area following a rise of cases in neighboring Myanmar.

In response, Dr. Walairat Chaifoo, director of the Epidemiology Bureau under the Ministry, said that their agency had been conducting mass testing and had never ceased their efforts in trying to contain the virus.

Stating that mass testing is still ongoing, Dr. Walairat specified that, between May to July, they have tested a total of 90,000 individuals and found no infected people within the population, asymptomatic or not.

In addition, she said that the Bureau had expanded its mass testing procedures to cover migrant workers, especially those coming from Myanmar. Places tested included their workplaces, in which the Bureau discovered no cases of the COVID-19.

Dr. Walairat also added that the Department of Disease Control had already worked with hospitals nationwide in the creation of procedures that will allow early warning or detection of the virus among people with respiratory problems. An average of 2,000 patients per day with these conditions is tested for COVID-19 at hospitals.

COVID-19 primarily affects the lungs, and generally manifests as lung infections and other respiratory diseases.

There has been no increase in the number of people infected from that group, Dr. Walairat said.

“We have never lowered our guard for the surveillance system,” Dr. Walairat said. “Mass testing is still going on to detect the deadly virus.”

However, Dr. Walairat warned that there are now a rising number of asymptomatic cases within the Kingdom’s borders. She warned people to take care, and always follow public health and safety measures, as the virus still exists and is still a real threat.

“[P]eople must not ignore self-preventive measures,” she concluded.

In addition to the Indian man in Krabi, there have been other cases involving foreign nationals testing positive for the COVID-19.

The most recent case is a Dutchman in Phuket, which the province’s officials announced via live conference on the social media website Facebook. According to the officials, the Dutch national and his family arrived last week in Phuket via chartered flight.

However, provincial officials are in the dark as to where the Dutch family came from, or if they landed in Bangkok first before coming to Phuket.

Koh Samui also had a single case of a 57-year-old French woman who tested positive on October 21, despite serving 14 days of quarantine in Samut Prakan. She had since recovered and has been released from the hospital.