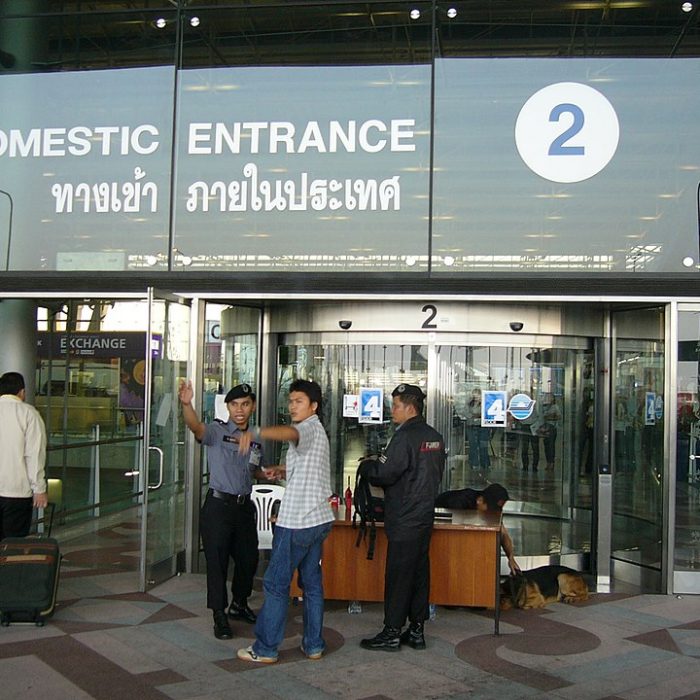 What will happen for stranded foreigners after the September 26 deadline lapses?
Photo By: User:Mattes / CC BY-SA

The Immigration Bureau has announced additional details on what would happen after the last visa extension expires on September 26.

The deadline is for stranded foreigners in the Kingdom to secure an extension on their visa to continue staying in the country for an additional 30 days, or to arrange flight details in order to leave the country after overstaying for nearly five months.

In April, Thailand announced an emergency decree in response to the COVID-19 pandemic that locked the country down. All activities were suspended, including international airline flights. This has resulted to a huge number of foreigners stranded in the island and unable to fly out of the country.

These foreigners’ visas were due to expire at the end of March, but they were allowed to stay after the government extended their visas to April 30.

The government subsequently declared an amnesty that extended the visa further to July 30, and then another one that moved the deadline to September 30.

Consequent with the declaration of the visa amnesty, the government declared that it will only approve extensions on a “case to case” basis. This means applicants have to show paperwork as proof that they will not be able to leave the country by September 26.

These documentary requirements include a letter from their embassy as well as proof that they are financially or circumstantially incapable of securing a ticket to a flight back home. Those who are currently sick and show no signs of recovery can provide a medical certificate upon application.

Qualified applicants can receive a special 30-day extension beyond September 30, which they are expected to use to find ways to secure a flight home.

With the deadline looming near, the Immigration Bureau has released to the press additional details on what stranded foreigners can do if the deadline arrives and they are still unable to secure airline tickets to fly back home.

According to the Immigration Deputy Commander Maj Gen Pornchai Khuntee, the Cabinet of Prime Minister Prayut Chan-o-cha has approved a measure that allows such foreigners to apply for another 30 days extension after their initial extension after September 26 expires.

However, General Pornchai did not specify whether the same requirements apply, like a medical certificate or an endorsement letter from the Embassy.

In Phuket, long-term stay applicants are worried about not being granted an extension on their one-year-permit due to the income requirements imposed by the Immigration Bureau.

These expatriates have been living and working in Thailand, some with families, but their sources of income have been significantly hampered by the lockdown in April. Thus, their total income are expected to be lower than the minimum income required to extend their one-year-permit.

In response, Phuket Immigration Deputy Chief Lt Col Udom Thongchin advised the expats to delay filing extension applications to September 15, as his superiors in Bangkok are currently discussing the issue.