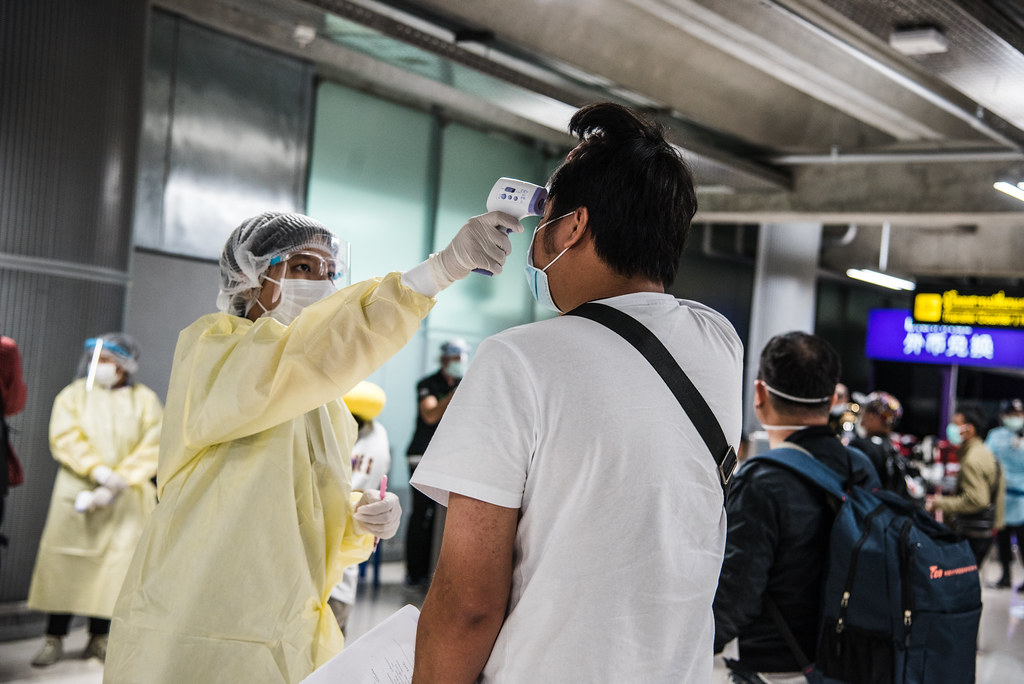 He tested positive on Sunday.
Photo By: Some Rights Reserved byWHO Thailand

A 63-year-old man in the province of Khon Kaen has become infected with the COVID-19 after he broke quarantine and attended events that involved mass gathering of people.

According to Dr. Somchaichote, the man was observing 14-day quarantine after he had close contact with a previously confirmed case on January 25 and January 26. After hearing the news of his contact’s infection, he underwent voluntary COVID-19 testing on January 29.

The test returned a negative result, and he was mandated to stay at home for 14 days. He was once again tested and, on February 3, he again tested negative for COVID-19.

From February 4, he opened his shop for 6 days until February 9. However, he stayed inside and did not go out.

However, Dr. Somchaichote said that the man had gotten together with relatives from February 10 until February 13 to commemorate the Chinese New Year.

He started showing symptoms on Sunday, February 14, and he went to a private hospital for a check. The man was suffering from body aches and too much phlegm in his lungs.

After being tested, he was found to be positive on Monday.

This new case marks the 12th such case of local infection in the province of Khon Kaen. Earlier cases were connected to the second wave that broke out of Samut Sakhon in December.

Dr. Somchaichote said that his relatives and close family members are currently under home quarantine in Maha Sarakham.

The Center for COVID-19 Situation Administration reported that there have been 175 new cases in the previous 24 hours. 168 of these cases were local infections, while the rest were infected arrivals from other countries.

Dr. Taweesilp Visayunothin, the CCSA spokesperson, said that they were able to discover 114 new infections through community case finding. 54 cases were reported by hospitals who tested and then admitted the infected individuals.

Samut Sakhon contributed 73 cases to the national total, which represents 43.45%. Hospitals reported that 22 locals and 12 Myanmar nationals were tested and found positive for COVID-19, while active case finding at a factor had found 39 new cases.

Bangkok, the capital, only had five new cases. Four of these were tested at hospitals, while one case was found through active case finding.

Pathum Thani reported 82 new cases. 74 cases were found through active case finding in communities, and these involved 49 Myanmar nationals, one Cambodian, one Lao and 23 Thais.

Dr. Taweesilp said that all of these cases are connected to the wet markets that are now considered as hot spots for infection.

Hospitals in other provinces also reported new cases. Two cases were reported in Nakhon Ratchasima, while one each were reported in Ang Thong, Ayutthaya, Nakhon Pathom, Suphan Buri, Tak and Saraburi.