Koh Samui Getting Ready to Launch “Wonder Island” in July 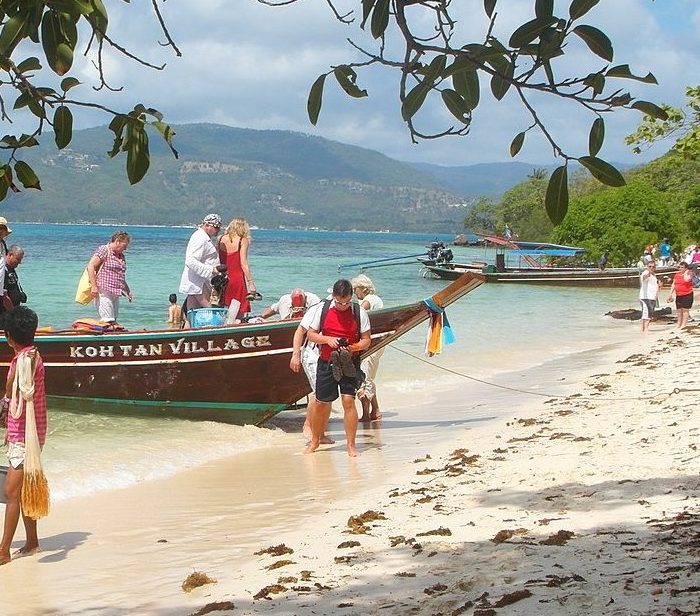 The city’s mayor has laid out the rules for the opening, which has been approved in principle by the CCSA.
Photo By: Roma Neus, CC BY 3.0, via Wikimedia Commons

The island of Koh Samui in the province of Surat Thani is getting ready to launch what it calls the “Samui Wonder Island” tourism scheme by July. This is after the proposal was approved in principle by the Center for COVID-19 Situation Administration, chaired by Prime Minister Prayut Chan-o-cha.

This project is one of the many models that the major tourist destinations in Thailand are preparing in anticipation of the opening to foreign tourism on October 1 as well as the planned easing of quarantine regulations beginning April 1.

The Mayor of Koh Samui, Teerapong Chuaychoo, had already convened a meeting with the tourism board members on his island city. The meeting took place yesterday, March 21. Through the meeting, Mayor Teerapong had informed the related government agencies and departments as well as members of the private sector on the planned implementation of the project and its safety protocols.

Under the “Samui Wonder Island” tourism scheme, visitors are required to apply through the local consulate or embassy of Thailand in their nation and submit the necessary documents. In this case, they have to prepare a certificate of a negative result in a COVID-19 test administered just before the planned date of departure.

Upon arrival, the tourists will be met by a private car sent by the hotel to which they will be checking in to for their mandatory quarantine. The hotel in question is mandated to make sure that there are protective barriers in the vehicle and that the driver observes health measures designed to protect against COVID-19.

Once checked in to their hotel, the tourists will be subjected to a swab or saliva test on either the second or third day. The tourists are to be restricted to their own rooms until they have been tested and have received their negative test results. Results are to be delivered to their rooms within 3 hours after the testing.

Provided that they have tested negative for COVID-19, they will be allowed to visit places that have been determined earlier by the city’s Department of Disease Control, which is headed by the mayor. They will be limited to within the jurisdiction of Koh Samui until the seventh day, in which they will be subjected to another test.

If they test negative, they can now check out of the quarantine hotel into another hotel of their choosing. They will also be free to visit Koh Pha Ngan and Koh Tao as well without government escort until day 14 when they have to be subjected to another COVID-19 test.

If they test negative in this final COVID-19 test, they can travel around Thailand freely.

According to Mayor Teerapong, the tourists will be tracked by the government while they are on their 14-day quarantine. They could also be limited in their choice of hotels, as the island’s DDC will need to certify the establishments first. This will be done right before the opening of the “Samui Wonder Island” project in July.