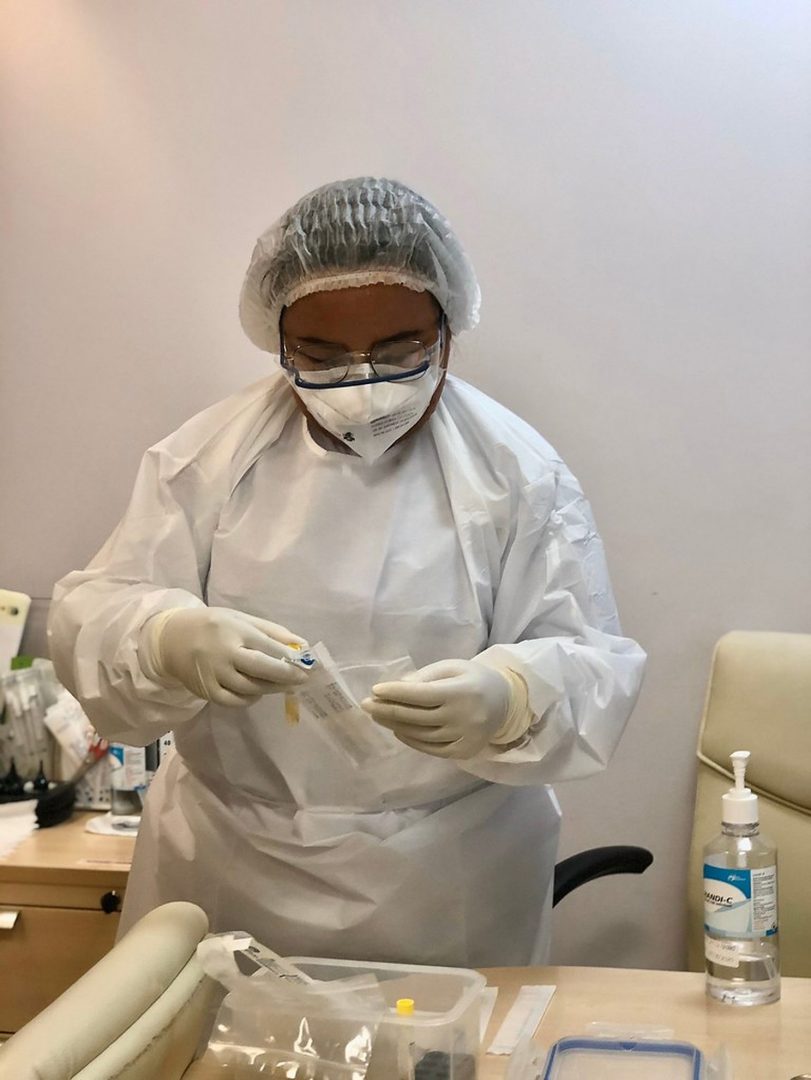 The latest fatality is a 65-year-old cancer patient who died on Monday.
Photo By: Some Rights Reserved byUN Women Asia & the Pacific

The Kingdom has reported its 80th death on Wednesday, while daily cases experienced a sharp decline to only 157 new cases as opposed to the 800+ all time high record that was reported last week due to the government’s proactive case finding efforts.

According to the Center for COVID-19 Situation Administration spokesperson Taweesilp Visayunothin, a 65-year-old local succumbed to the COVID-19 after several complications.

Dr. Taweesilp said that the woman already had laryngeal cancer, terminal kidney failure and high cholesterol in the blood.

In fact, the CCSA spokesperson added, her doctors are of the opinion that her tracheostomy was the avenue through which she was infected by the COVID-19.

The Kingdom’s latest fatality to the novel coronavirus had sought dialysis at a private hospital in Samut Sakhon, from which the second outbreak had emerged in the middle of December.

Dr. Taweesilp said that she had chills just before her dialysis in the hospital.

Because of her symptoms, she was tested for COVID-19 and came back positive on January 1. She was moved to Bangkok for treatment. By then, the woman had been suffering from shortness of breath due to an inflammation of her lung. Doctors connected her to a ventilator to help her breathe.

However, her condition did not improve. Her contact point with the ventilator had bled, the complications had spread to her gastrointestinal tract, and later suffered cardiac arrest.

Blood tests had discovered a fungal infection. However, the antibiotics that were administered to her were not effective due to a lack of response.

She finally succumbed to her condition on Monday. Dr. Taweesilp said that she had experienced a drop in blood pressure and heartbeat just before she died.

As for the new cases, 106 cases were found through active case finding in individual communities across the country. 38 cases were reported from hospitals.

Samut Sakhon, the epicenter, had logged 132 cases in total. 104 were uprooted through case finding while 28 cases were reported by hospitals.

Dr. Taweesilp said that the government had tested 100,000 people in Samut Sakhon through active case finding since December. Of these people, only 7,000 had returned positive results.

On the other hand, Bangkok on Wednesday had reported 8 new cases. All of these cases involved staff at a dormitory in the Chulalongkorn University.

In addition to the 144 cases of local transmission, the CCSA also reported 13 imported cases, bringing the total to 157.

These included five Indonesian seamen, whom the government sent home immediately after receiving their test results.

The other imported cases are: 1 case each from India, the Philippines, Japan, Kuwait, Argentina and Malaysia. 2 arrivals from the United States also tested positive for the COVID-19.

All of these patients are now undergoing treatment and quarantine.

Thailand’s cases are now at 23,903. Of these, 18,914 are recovering. In the past 24 hours, 548 people were declared as recovered and were discharged from the hotel. 4,909 continue to receive treatment at hospitals throughout the country.