Over 10,000 Thais Visit Koh Chang in One Day This Long Weekend 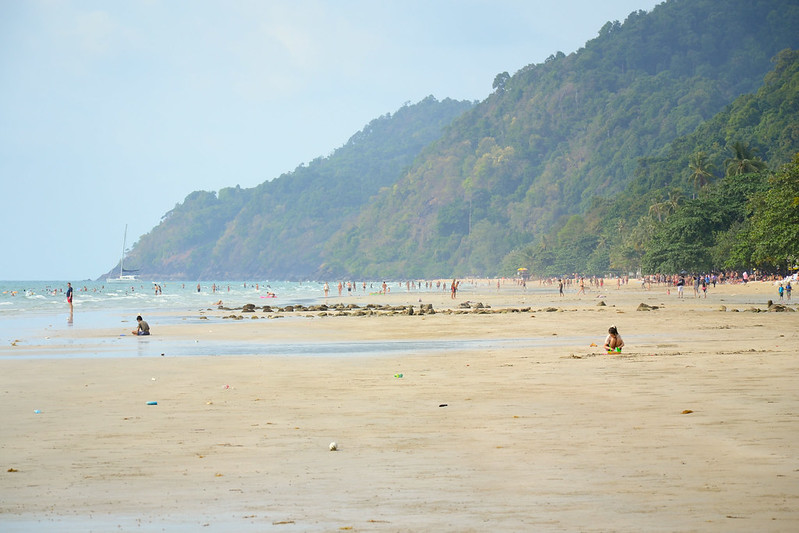 The Kingdom’s tourism industry has been seriously hammered after the COVID-19 pandemic appeared on its shores in March. However, things are looking up now as the province of Trat saw upwards of 10,000 locals visiting Koh Chang in one single day.

The country is on a four-day long holiday to commemorate the King’s birthday today, July 28th. Both today and Monday have been declared national holidays, coinciding with the weekend.

According to The Thaiger, the president of the Trat Tourism Business Association, Mr. Kamphon Jaroenkhajornkun, confirmed that a total of 10, 537 tourists have arrived to Koh Chang in Saturday alone. The roads to the province saw 2,268 vehicles traveling to the Trat province in July 25.

Mr. Kamphon further added that this is a record-breaking figure. He said that the number of tourists visiting Koh Chang exceeded the number seen in Buddhist Lent, which took place just two weeks ago.

This can be attributed to the fact that Koh Chang and the entire Trat province has seen no cases of COVID-19 infections, the Trat Tourism and Sports Acting Director Amphai Sakdanukunjit said.

Coupled with the island’s appeal as a major tourist attraction, the province has attracted a significant number of local tourists for both the Buddhist Lent and His Majesty’s birthday long weekends.

Thailand’s tourism industry remains closed to foreign traffic. While a previous “travel bubble” agreement with three countries – South Korea, Japan and China – had been in the works, this has been postponed indefinitely by the Civil Aviation Authority of Thailand.

This was due to a second wave of outbreaks in Beijing, China, beginning June 12 and in Seoul, South Korea beginning July 17.

Under the agreement, tourists from the three countries would be allowed entry into Thailand without being subjected to the mandatory 14-day state quarantine. However, they would be required to undergo a COVID-19 test in their home country and produce documents signifying a negative result.

Government officials have not made any statements as to when the country’s borders could be reopened to international flights.

Both government officials and private entities have called on the Thai government to formulate a plan that would reopen Thailand’s borders to foreign tourists as soon as possible.

The Pattaya Mail reported that Thai Hotels Association Eastern Chapter President Phisut Sae-ku said in a speech that, if the government renders no aid to the industry, local operators of hospitality establishments would be forced to sell off properties at low prices to recoup losses.

This would result to a massive layoff of local employees as foreign investors would scoop up properties at a bargain price, he said.

Another report by The Thaiger also said that Foreign Minister Pipat Ratchakitprakan will propose to the Cabinet and Prime Minister General Prayut Chan-o-cha amendments to the travel bubble, in the hope that foreign tourism would reopen in the near future.