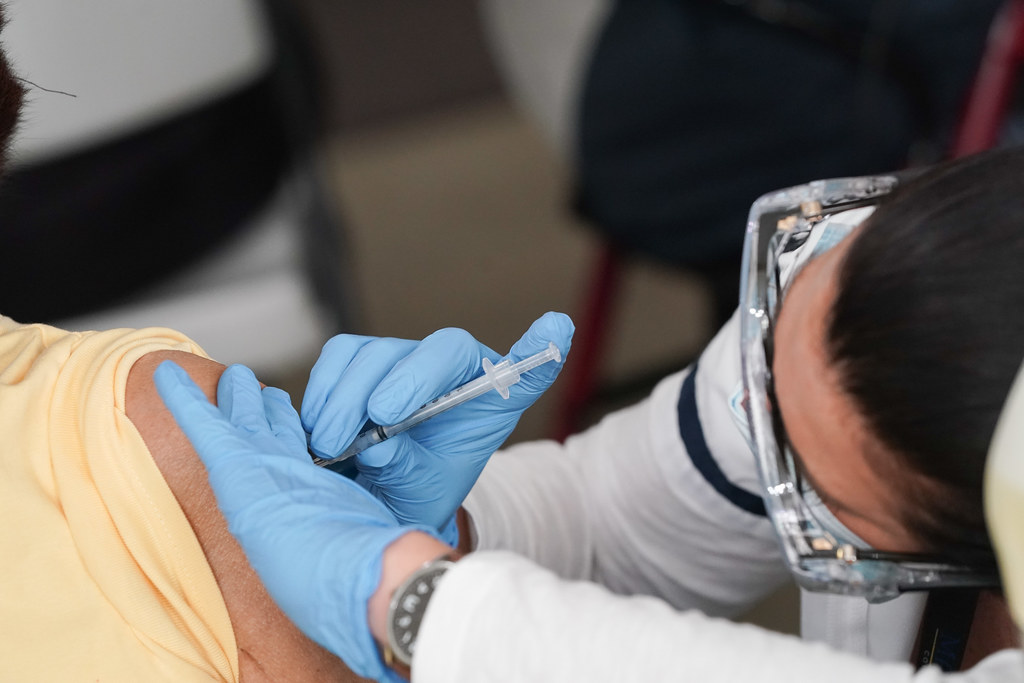 The province is inching closer to reopening to foreign tourism.
Photo By: https://www.flickr.com/photos/governorandrewcuomo/50875291607/

The province of Phuket, one of Thailand’s most popular tourist destinations, is set to receive its first batch of 4,000 COVID-19 vaccine doses from the 200,000 doses the government has stockpiled from China’s Sinovac Biotech.

According to Vachira Phuket Hospital Director Dr. Chalermpong Sukontapol, the province will be receiving the batch of 4,000 doses by end of this month.

Dr. Chalermpong chairs the Phuket Communicable Disease Committee, which is in charge of overseeing the COVID-19 situation in the province in lieu of the national communicable disease committee, called a press conference on Wednesday and announced the news.

The 200,000 doses were met personally by Prime Minister Prayut Chan-o-cha and members of his Cabinet when the Thai Airways International chartered plane carrying the batch arrived at 10:03 am yesterday at the said airport.

This is the first batch of 2 million doses from SInovac that the Kingdom of Thailand is set to receive as part of the first phase of the vaccination program.

“It’s our good luck that every type of vaccine coming to Thailand will be provided to Phuket. Not every province, but only selected provinces, including Samut Sakhon as the highest control area,” Dr. Chalermpong added.

According to the Phuket Communicable Disease Committee chief, Phuket, together with Chon Buri, Surat Thani and Chiang Mai, are considered as areas of economic significance and will be given the 4,000 doses for it to kick start its own vaccination program.

This is only the first batch, however, as Dr. Chalermpong said that the Province will be receiving 64,000 more doses of the Sinovac vaccine once the next two batches arrive.

Dr. Chalermpong also said that it is enough to inoculate around 50% of the total population of the Kingdom for the vaccination program to be considered as “comprehensive.”

“Thailand has a population of about 66 million. If we can provide vaccines to 33 million people, it is considered as ‘comprehensive’,” the Phuket health official said.

Dr. Chalermpong said that, although the province was assured a specific total number of doses for the first delivery, they have not been notified on how many doses will be allocated to Phuket in the next delivery of 30-40 million doses sometime between June and August, .

“That is under the consideration of the central vaccine management [sic],” Dr Chalermpong explained.

He also told members of the private sector to wait until the first delivery of 2 million doses has been completed, as mandated by the CCSA. Once the first phase of the vaccination has consumed this stockpile, it might then be possible for them to purchase their own vaccines as well as reopen Phuket to foreign tourism by October as they requested.

“If about 80-90% of people in Phuket are vaccinated and the coming tourists are also vaccinated, there is a high possibility to make this happen,” Dr. Chalermpong said.