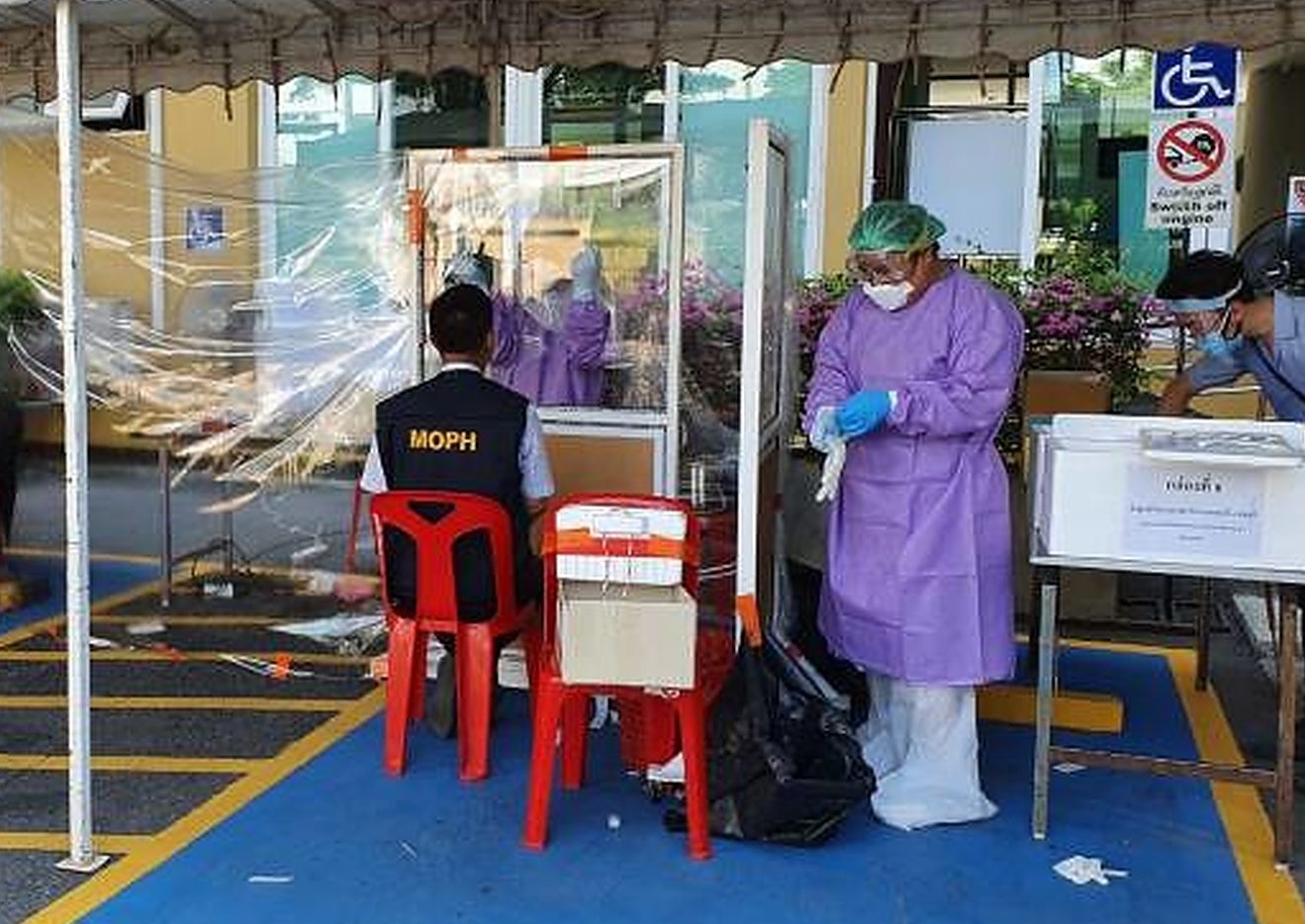 Despite recovering its first COVID-19 case after six months of being COVID-free, health officials in the island province of Phuket continue to assure the public of its capability to maintain health and safety measures.

Phuket health officials held a press conference today to discuss the details of the case. The conference was held through the popular social media website Facebook, and was headed by Phuket Provincial Health Officer Deputy Director Somsuk Sumtarnprateep.

Responding to questions about the origins of the case and the infection. Mr. Somsuk said that the Dutch national and his family had arrived via Phuket International Airport aboard a chartered flight. According to him, the family held the Special Tourist Visa signifying that the family was planning on staying in the island for at least 90 days.

However, Mr. Somsuk said that they cannot yet trace where the family came from before they landed in Phuket International Airport.

“I am not sure if they visited the airport in Bangkok before they came to Phuket International Airport,” he said.

Minister Phiphat Ratchakitprakarn had announced last week that all tourists under the STV program are to be diverted to Bangkok for their quarantine. Minister Phiphat said that the capital is better equipped to handle a possible surge of COVID-19 cases, for which the government had said they had prepared.

Mr. Somsuk clarified that the foreigner had carried the infection with him from abroad, and not from within the country.

“The Dutchman is the first case found at an Alternative Local Quarantine (ALQ) hotel [in Phuket], but this foreigner was infected outside our country, not in Phuket province. His wife and child were detained as they are [in] a high-risk group,” he said.

As to when the infection was discovered, the PPHO Deputy Director said that the case was confirmed on November 5 while the Dutchman and his family were still in quarantine.

While the Dutchman was transferred to a private hospital with whom the ALQ hotel had a partnership, his family continue to be isolated at the hotel while they await their test results.

Mr. Somsuk declined to name the ALQ hotel in Phuket that currently hosts the family.

In addition, they also quarantined four members of the flight crew aboard the aircraft the family rode to travel to Phuket. Tests showed them negative for the COVID-19, and they also did not develop symptoms. They were quarantined only for three days, after which they flew out of Thailand.

Mr. Somsuk said that further checks and contact tracing had found no connected cases with the Dutchman.

He also assured the public that Phuket is ready to handle any medical emergencies related to the COVID-19.

“COVID-19 [in Phuket] is under control, we can handle it. If a second outbreak happens, we are ready with all measures, because we need to prevent a second outbreak,” Mr. Somsuk said during the conference.

“Please be confident that our disease control [measures] work very well and have everything under control. Phuket province is surely safe,” he concluded.