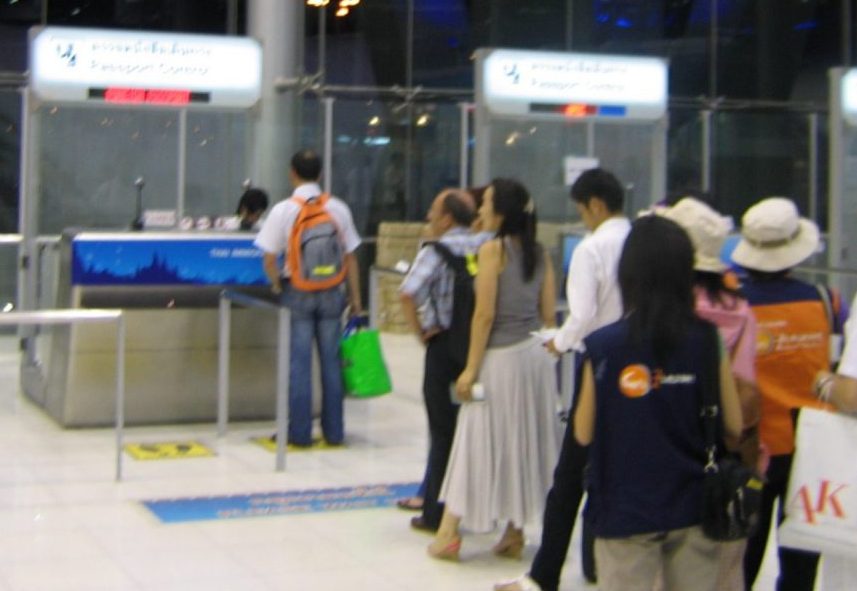 Bangkok has not yet ruled on the income requirements for one-year permit to stay holders in Phuket.
Photo By: Jarcje / CC BY-SA

Foreigners applying for one-year permit to stay in Phuket will have to apply for the special 30-day extension as there has been no word from Bangkok immigration officials on their specific circumstance.

Earlier this month, Phuket Immigration Office Deputy Chief Lt Col Udom Thongchin told foreigners with a one-year permit to stay to await word from Bangkok officials and delay filing their renewal applications until the 15th of this month.

Lt. Col. Udom had expected his superiors in Bangkok to provide a reprieve to these foreigners, who have been living in Thailand for several years but are now unable to satisfy the income requirements of the one-year permit because of the pandemic.

However, no word has come from Bangkok regarding these individuals’ circumstances.

Instead, Phuket Immigration Deputy Chief Col Nareuwat Putthawiro told these expats to instead apply for the 30-day extension granted by the government as part of the final visa amnesty for foreigners stranded in Thailand because of the pandemic.

Under the visa amnesty, foreigners who are unable to leave Thailand by the September 26th deadline are required to apply for a 30-day extension to be able to stay beyond that date.

Applicants will need to provide proof of inability to depart Thailand, like a medical certificate if inability is due to sickness, or a letter from the expat’s embassy in the Kingdom.

Immigration Bureau Deputy Commander Maj Gen Pornchai Khuntee confirmed that, although only 30 days extension is granted to the successful applicant, individuals who continue to be unable to depart the country may apply for repeated extensions of stay as their circumstances warrant.

Maj. Gen. Pornchai also confirmed that there will be no limit on the number of extensions to be granted to the stranded tourists.

Col. Nareuwat now advised one-year permit holders to instead apply for these extensions while Immigration officials in Bangkok have issued no advisory regarding the income requirement of the permit to stay.

Col. Nareuwat said that they can email the letter from their embassy or submit it themselves together with other required documents to the Phuket Immigration Office.

In addition, Colonel Nareuwat also confirmed to members of the press that one-year permit holders in Phuket cannot apply for the new Special Tourist Visa scheme announced earlier this week. The STV is only for new tourists, the Immigration official said.

The government has launched this week the new Special Tourist Visa intended for tourists who want to visit Thailand and stay for at least 90 days in the country.

These tourists will have to undergo 14-day quarantine as mandated by the Center for COVID-19 Situation Administration, before they can start their “holiday” in Thailand.

If they wish to stay for more than 90 days, they can apply for another 90-day extension two more times. This brings the total number of days they can stay in Thailand to 270 days.

The program could start as early as next month when the first groups of tourists arrived, as confirmed by Deputy government spokeswoman Traisulee Traisaranakul.