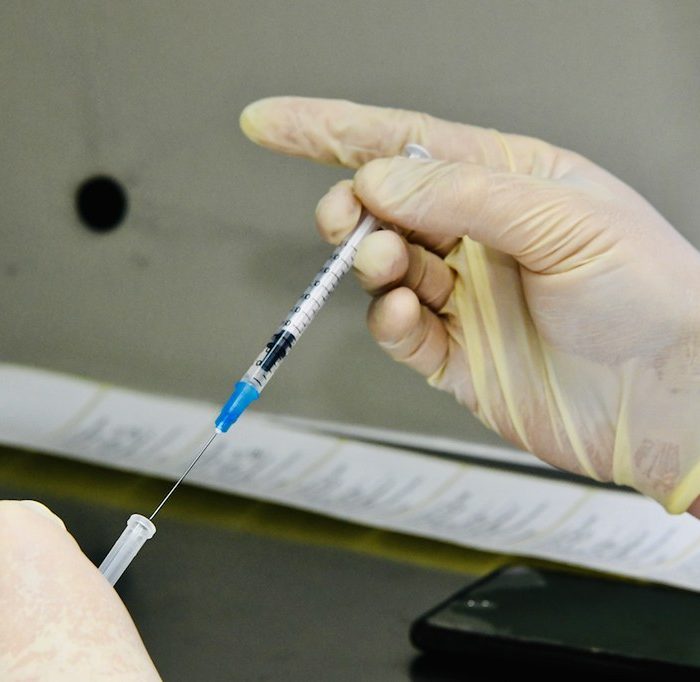 The private sector proposes to acquire and manage vaccines by organizing four corporate teams.
Photo By: Some Rights Reserved byGovernmentZA

The Prime Minister of Thailand, Gen. Prayut Chan-o-cha, has vowed to collaborate with the private sector in order to speed up the rollout of vaccines in the Kingdom amidst the ongoing third wave.

According to government spokesperson Anucha Burapachaisri, the Prime Minister finds the contribution of the private sector as crucial to the attainment of the government’s vaccination goals. This includes the target of 50 million inoculated against the COVID-19 by the end of the year, Mr. Anucha said.

Mr. Anucha added that the government has already met with a number of private sector leaders, including the Thai Chamber of Commerce and the Federation of Thai Industries. During the meeting, Prime Minister said that it is imperative that the government assists the private sector in acquiring more vaccines and thus help in accelerating the ongoing vaccination process.

The meeting is one of the government’s responses to criticisms that it is slow in rolling out the vaccines, which have been viewed by many sectors as crucial to the country’s fight to recover from the pandemic’s economic effects.

During the meeting, the private sector proposed that vaccines be acquired by organizing and coordinating four teams made up of businesses in certain industries. These four teams are as follows:

With two successive waves of infection, a slowly recovering Thai economy has once again been brought to its knees and further weakened.

Contrasting against the sustained economic effects of the pandemic, the government has managed to inoculate only about 240,000 people from the COVID-19. This is only 4% of the Kingdom’s total population of 69 million, the Center for COVID-19 Situation Administration said on Wednesday.

These figures only represent those that have already received their two doses of vaccines as per treatment regimen.

As the third wave has altered distribution of the vaccines drastically, the government now works to acquire more supplies of COVID-19 vaccines to meet the Kingdom’s growing needs.

The public has called on the resignation of Public Health Minister Anutin Charnvirakul, who vowed that he will continue serving as Minister and will continue fighting against the pandemic.

On Tuesday, the Cabinet granted Prime Minister Prayut full authority to direct the fight against the COVID-19. This authority is temporary, and covers only 31 laws that govern the management and control of the pandemic.