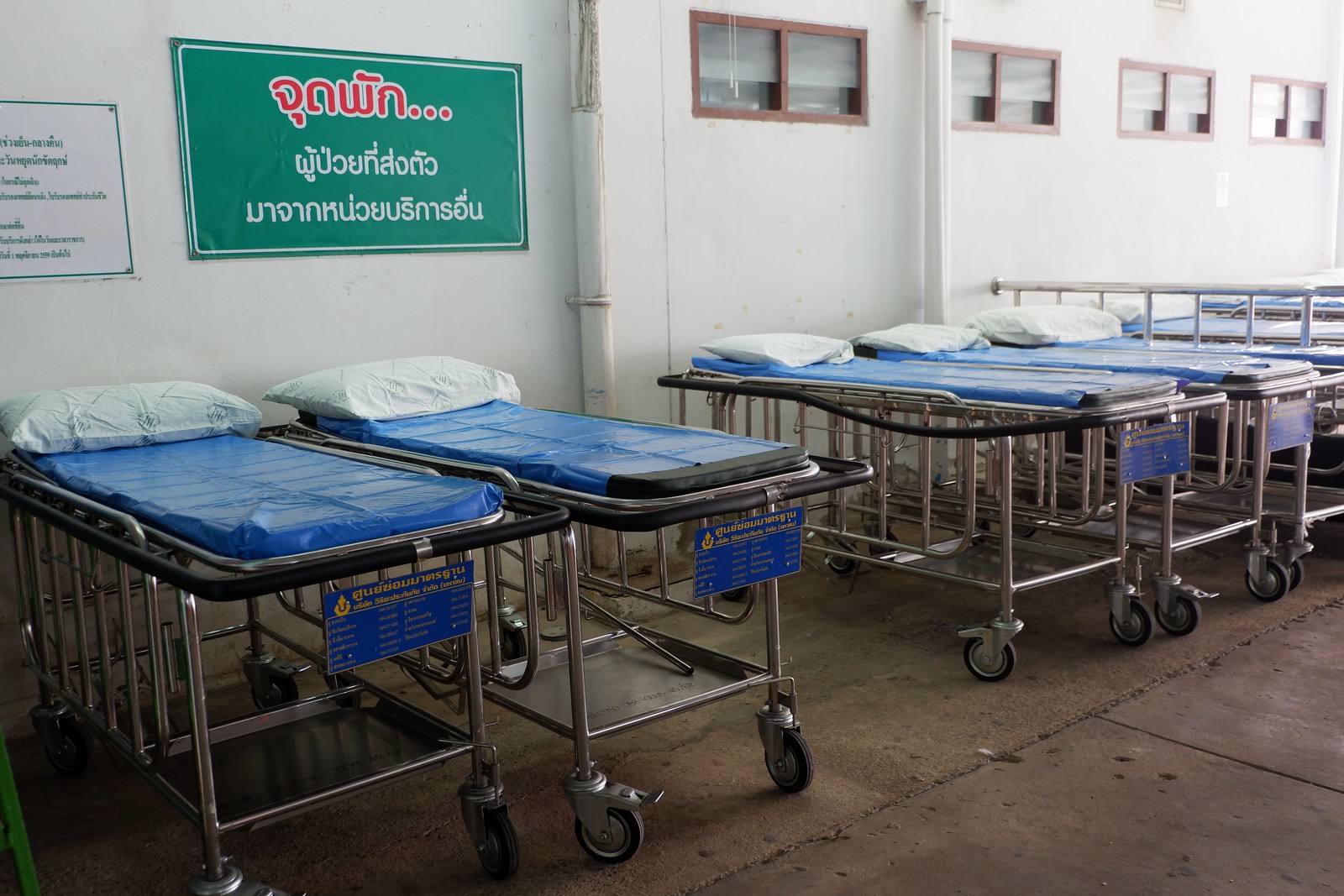 The police and the Armed forces are also tasked with increasing border security to detect illegal migration.
Photo By: Some Rights Reserved byPublic Services International

The army and the police have received standing orders from Prime Minister Prayut Chan-o-cha himself to set up a 1000-bed field hospital to serve future patients of the COVID-19 in Samut Sakhon province.

Samut Sakhon is the latest epicenter of an outbreak of the dreaded coronavirus, after hundreds of cases were reported in quick succession beginning last week. Authorities point to a shrimp market and a vendor as ground zero and vector of the latest surge of cases, respectively.

Moreover, authorities have also reported that 90% of the infected people in the province are migrant workers from Myanmar. The remaining 10% are Thais, but many people have been exposed to the shrimp vendor who came from provinces near Samut Sakhon.

To contain the virus, the provincial government has already declared a province-wide lockdown for 14 days until January 3. All travel out of the province are banned, and a 10 pm-5 am curfew is in place.

In line with this, Prime Minister Prayut Chan-o-cha has ordered the military and the police to increase efforts to curb illegal migration by migrant workers and illegal repatriation by local Thais from abroad.

These individuals bypass official checkpoints and are not tested for COVID-19 upon entry. Instead of being quarantined and observed for symptoms, these illegal entrants instead roam around unchecked and at risk for spreading the coronavirus.

Roughly 50 Thais have illegally returned from Tachilek in Myanmar. All have tested positive for the COVID-19. Fortunately, only one case of local transmission was confirmed from these illegal returnees, who are going to be facing criminal charges filed by Immigration Police in Chiang Rai province.

All units of the armed forces in the borders are to step up patrols in both land and sea, and to apprehend traffickers of illegal migrants whenever the opportunity arises, Defense spokesperson Lt. Gen. Kongcheep Tantrawanit said.

While the military patrols border entrances, the police together with government officials are to man checkpoints in known routes involved in illegal trafficking, Gen. Kongcheep added.

The military is also ordered to set up a field hospital to prepare for new cases in Samut Sakhon, with a capacity for 1000 people. Gen. Kongcheep said that the field hospital needs to be accessible to patients, which means it must be close to concentrations of reported infections.

Because of that, officials are still undecided on whether the hospital will be setup in a military facility, a residential zone, or a factory.

National police chief General Suwat Jangyodsuk also said that authorities are not targeting illegal migrants themselves but their traffickers. Illegal migrants are to receive treatment for COVID-19 if any are to be found positive, which is for their own health as well as to protect the Thai population.

The government is also coordinating with the private sector to help shrimp farmers in Samut Sakhon to dispose of as much of their inventory as possible, as trade in their products came to a halt because of the outbreak.