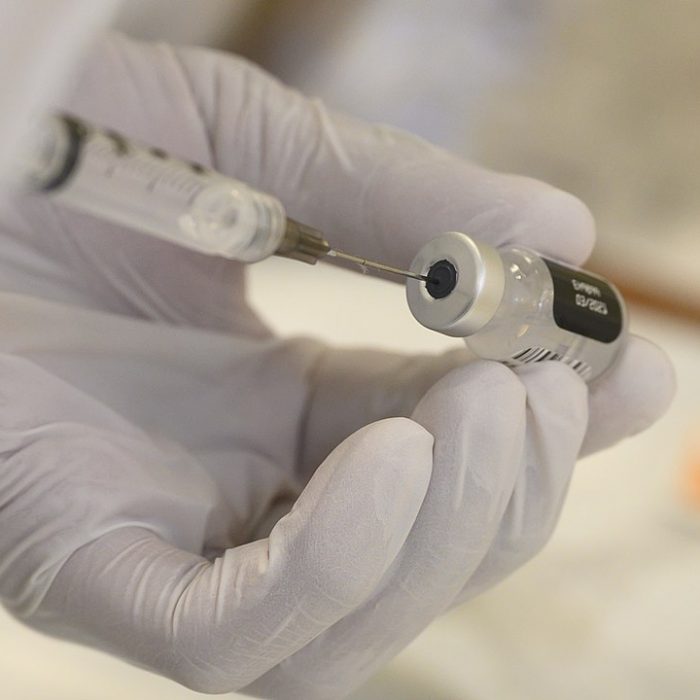 The hospitals will be using part of their stockpile to inoculate their staff, and the rest will be offered to patients.
Photo By: U.S. Secretary of Defense, CC BY 2.0, via Wikimedia Commons

Two private hospitals in Thailand have decided to order their own stockpile of COVID-19 vaccines, opting to move independently from the government’s immunization program which is expected to go ahead next month with the first batch of Sinovac vaccines.

According to the chairman of Thonburi Healthcare Group PLC, Boon Vanasin, their organization has decided to produce one million doses of the Sinovac vaccine to inoculate its staff ahead of the government.

Mr. Boon said that they also have the option to order an additional nine million doses from Sinovac Biotech in the future.

According to Mr. Boon, they will be using 500,000 doses to vaccinate staff in the company’s 40 hospitals as well as other related businesses.

Explaining the rationale behind the company’s decision, Mr. Boon said that they “can’t just wait” for the government to roll out the vaccines. He also added that they are unsure how many vaccine doses would be earmarked for use of health workers employed by private hospitals.

In addition, they want to sell doses to patients for THB3,200 for each jab. Mr. Boon added that they are not taking any profit from the sales of the vaccines as they consider vaccination as a humanitarian issue in the current situation.

Aside from the Thonburi Healthcare Group, the Vibhavadi Medical Center PLC has also ordered 10,000 doses, this time from Moderna. This news was confirmed by its managing director Chaisit Kupwiwat.

The government also has a bulk order pending from AstraZeneca of 61 million doses. Thailand is expected to produce its own doses locally through Siam Bioscience Group, under a transfer of technology clause of the government’s agreement with the company.

The vaccine is expected to be available by June of this year. Initially, the government only ordered 26 million doses but PM Prayut earlier this month announced that his Cabinet has ordered an additional 35 million doses.

As for applications for emergency use, Dr. Opas Karnkawinpong of the Department of disease Control said that one of the vaccines will be receiving approval this week. Reports indicated that the Thai Food and Drug Administration is currently assessing the application by AstraZeneca.

Sinovac’s application is also pending with the Thai FDA.

In addition to the two private hospitals, the municipality of Chalong has announced that it is earmarking THB20 million for a vaccine once they are approved and delivered to the country.

“Now we are waiting for the Ministry of Public Health to confirm and announce a safe vaccine for people,” he said.