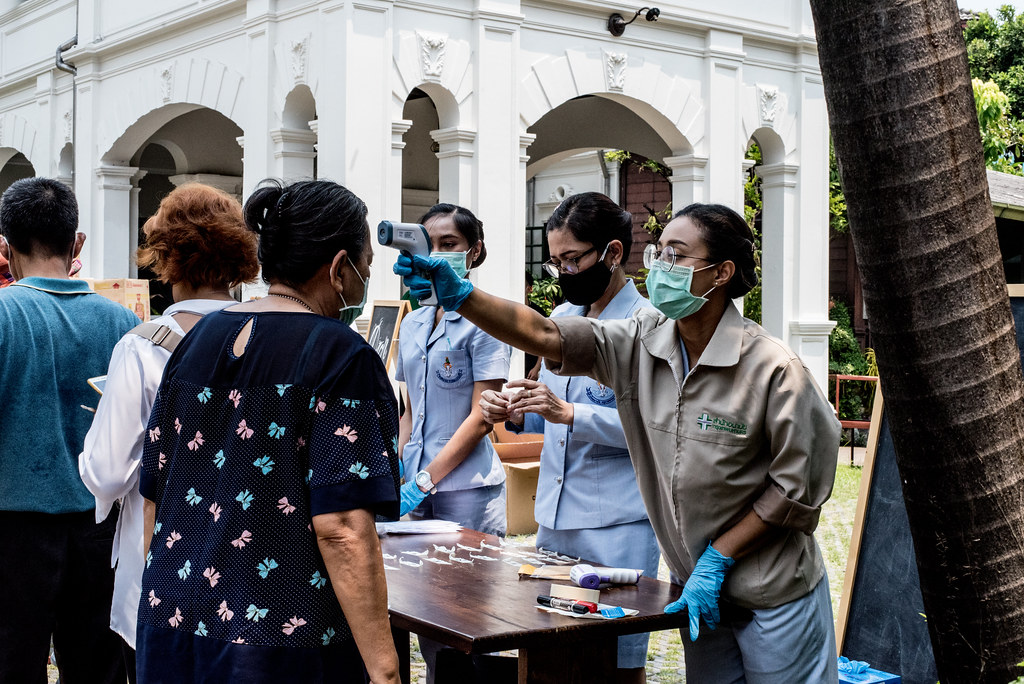 If things go well, the second wave could diminish by the end of January.
Photo By: Some Rights Reserved byUN Women Asia & the Pacific

The second wave caught the entire Kingdom by surprise when it suddenly popped up last month in Samut Sakhon. However, the Ministry of Public Health is confident that the worst is over and the second wave is ready to slow down before it dissipates.

According to the Ministry’s Disease Control Department, there is a good chance that second wave will slow down and ultimately disappear by the end of this month.

According to Dr. Opas Kankawinpong, the department is seeing good signs in terms of an absence of cases in seven whole days and in 20 provinces. Dr. Opas, who is the director-general of the department, said that as long as the authorities involved can sustain their efforts at keeping the outbreak from escaping from the provinces it is threatening, then people can expect to see an “obvious decrease” in daily cases by the end of January.

“Under the current situation, we can say that we have done well to control the outbreak,” he added.

Dr. Opas reported before a press conference today at the Ministry of Public Health. For today, the Department reported only 205 cases. This is a marked reduction from the 305 cases reported yesterday. This means that there are now reductions in the number of daily cases, although government active testing and contact tracing is ongoing.

Dr. Opas acknowledged the disease control efforts by various provincial governments, including actions towards swift contact tracing and testing. He also credited the “people’s strong awareness about wearing masks and having clean hands.”

The DDC director said that cases have been accounted for, and contained, despite the fact that the virus had already spread to 57 provinces after first breaking out in the Central Shrimp Market in Samut Sakhon.

According to Dr. Opas, there are 20 provinces with no new cases in 7 days, and 20 provinces as well that report zero infections in the past three weeks since the start of the outbreak.

According to the DDC director, while they found infections, the number was less than expected.

Specifically, they have conducted random testing on migrant workers numbering about 35,712 and found only 77 cases.

While the results are better than expected, Dr. Opas did warn about the risk of local transmission in office spaces. This is after the Ministry conducted tests and found a huge number of new cases in the office spaces and workplaces in the capital city, Bangkok.