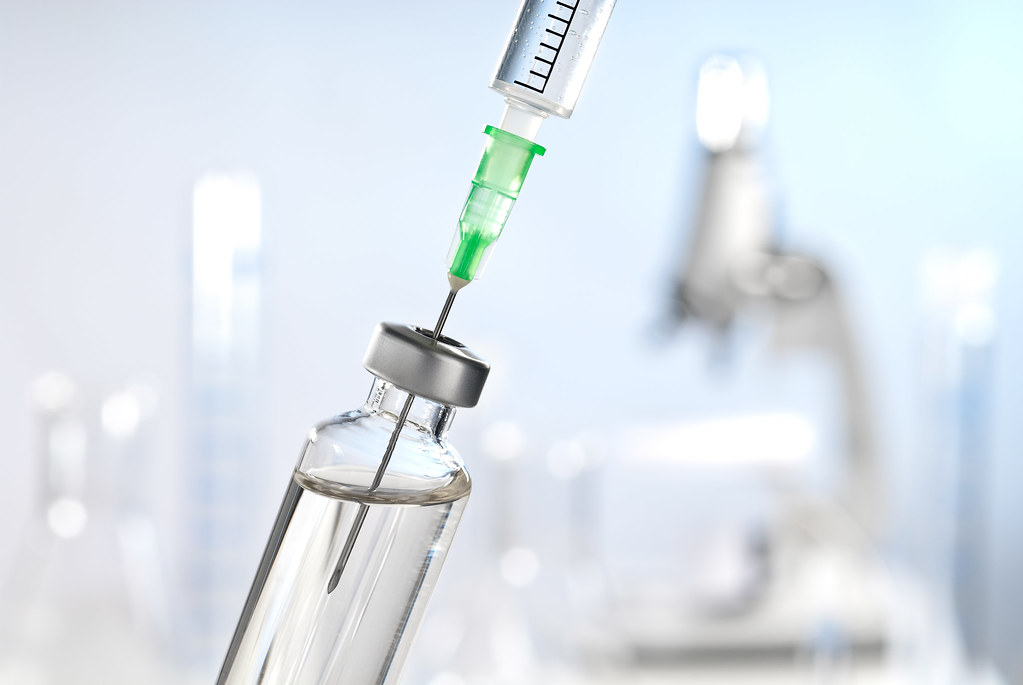 This is part of a transfer of technology agreement between Thailand and AstraZeneca.
Photo By: Some Rights Reserved bycommunicationscddep

Despite news that cast doubt on the delivery of the AstraZeneca vaccine to Thailand, the Deputy Prime Minister assured the public that there will be a steady flow of doses to the Thai people beginning in June.

Minister Anutin Charnvirakul, who is also the Public Health Minister, said that the doses will be produced locally by Siam Bioessence. The pharmaceuticals company had been transferred technology by AstraZeneca as part of a separate agreement that accompanies the deal for 61 million doses of the vaccine from the UK company.

Minister Anutin added that Siam Bioessence can become a production hub for AstraZeneca to serve the ASEAN region.

Speaking at a seminar, Minister Anutin told the audience that COVID-19 vaccines are needed in order for Thailand to return to normal. He also said that the Kingdom has a clear vaccination plan in place that will govern the inoculation process when it starts to roll out by June.

Remarking on the issue that the EU might poise a hindrance to the fulfillment of the Kingdom’s orders, the Public Health Minister said that there is no need to worry, as 26 million doses can be provided locally by Siam Bioessence.

The European Union last week had issued a proclamation that no pharmaceuticals company with a COVID-19 vaccine can fulfill orders outside of the bloc until its members’ orders are fulfilled first.

The measure was passed after AstraZeneca, a Swedish/British company, informed the EU that it has difficulties fulfilling the bloc’s orders and can supply only a fraction of what was ordered at the agreed upon fulfillment date.

AstraZeneca immediately informed the Royal Thai Government that it will be supplying the initial doses for their agreement from its Asian manufacturing facilities instead of their hub in Italy. The company also urged the government to approve its pending application for importing vaccines from its Asian facilities.

AstraZeneca’s license currently allows only imports from AstraZeneca’s Italy facilities and not its Asian production hubs.

A second batch of vaccines is expected from AstraZeneca by June as part of the supply agreement between the company and the government.

Addressing concerns about the second wave of outbreaks, the Deputy Prime Minister said Thailand’s pandemic is very light when compared to other countries experiencing similar waves. He also said that outsiders like migrant workers had brought the virus in from abroad and caused the second outbreak in Samut Sakhon, prompting the government to strictly apply disease control measures.

Dr. Sophon Mekthon, vaccine committee chief, said that the Kingdom is expected to administer the first round of shots to the intended recipients by the third week of this month once the initial order from AstraZeneca arrives.

The second round of infections from the recipients will be administered in June, which makes it crucial that the government secures its supplies as early as now.