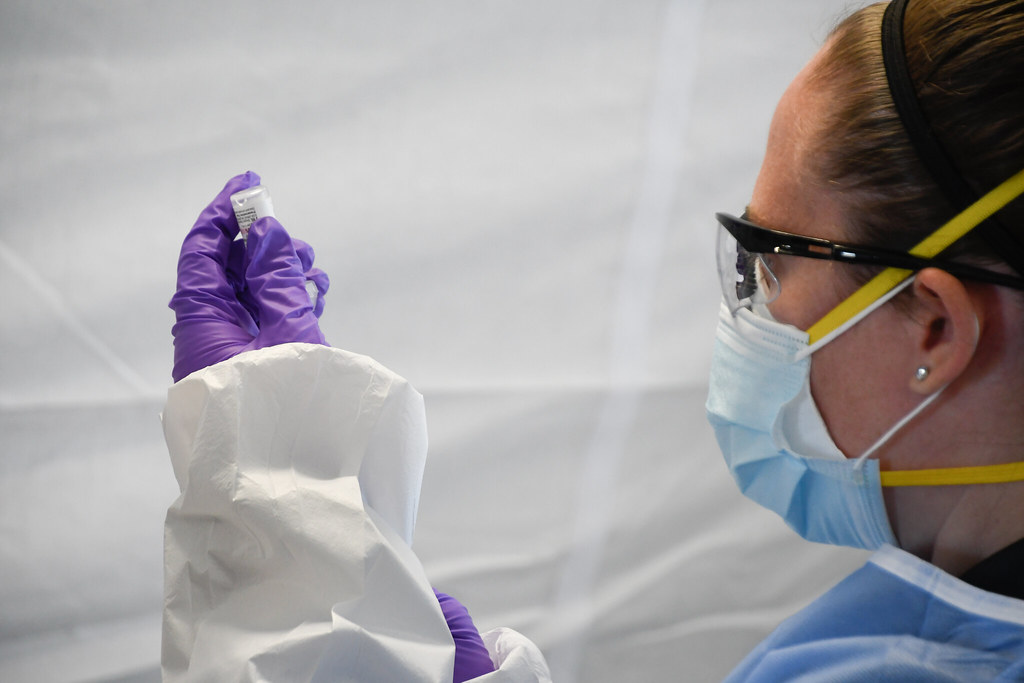 The vaccine will then be rolled out to pre-determined recipients.
Photo By: Some Rights Reserved byManatee County Government

Perhaps as a further sign that the Kingdom is well on its way to beginning the much-needed vaccination program against the COVID-19, the Ministry of Public Health announced that the doses had already passed quality tests and will be ready for roll out on the determined schedule.

According to Minister Anutin, the Department of Medical Sciences has subjected a sample of 230 doses from the 200,000 doses that arrived on Wednesday morning.

DMS chief Supakit Sirilak concurred, saying that the 320 doses that were passed through quality control testing were all found to be within the safety and efficacy standards that were set out by the government when it entered into the contract with China’s Sinovac.

“They are now ready to be sent to all hospitals for people under the Ministry of Public Health’s Covid-19 vaccine management plan,” Minister Anutin announced on his personal social media channels.

The doses, which are now officially named “CoronaVac,” are the first batch of three that are coming from the Chinese pharmaceutical firm.

A further 800,000 doses is set to arrive in April, and a final batch of one million doses is expected to be delivered in May.

Because it has already accomplished its task of checking the doses for quality, the DMS has turned over the next step of the process to Government Pharmaceutical Organizatoin.

The GPO is in charge of managing the delivery of the vaccines from manufacturers, and, as the next step of the process, will be requesting a list of recipients from the Departments of Disease Control.

Dr. Supakit said that the vaccine, once the trucks start rolling, is expected to arrive in the possession of the previously determined target hospitals.

70,000 doses will go to the province of Samut Sakhon, the epicenter of the second wave of outbreaks that erupted in December and the province with the biggest infection cluster.

Provinces that are significant to the country’s tourism will be receiving the remaining doses. As previously reported, Phuket will receive 4,000 doses. Chiang Mai gets 3,500 doses, Rayong will get 4,700 doses and Koh Samui, 2,500 doses.

DKSH is one of Thailand’s largest logistics companies. The company specifically deals in packing and storing pharmaceutical products, and has the necessary expertise and resources to adequately assist in the government’s vaccination program.

GPO Managing Director Withoon Danwiboon also said that DKSH had offered to deliver the vaccines for free, for this batch of 200,000 doses.

With the agreement inked, Mr. Withoon assured residents of remote areas that they will receive their allocated doses no matter what.

“All deliveries will be made, even if they are in remote areas,” he said.

Thailand also received a batch of vaccines from AstraZeneca, which also arrived on Wednesday.