Songkran Could Cause New Infection Waves 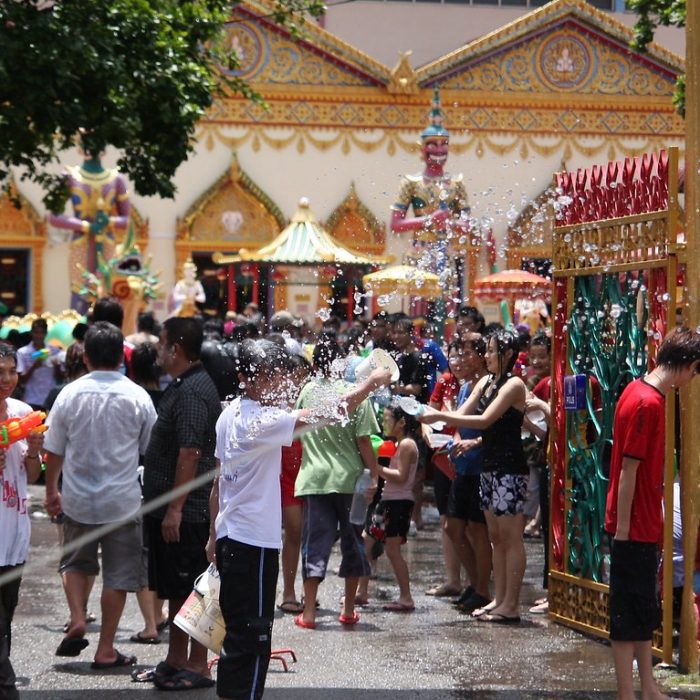 The rise of new clusters in entertainment venues and wet markets lead to a possibility of a new wave of infections immediately after Songkran.
Photo By: Some Rights Reserved byjhecking

One of Thailand’s leading medical expert specializing in viral infections warned that there could be consecutive waves of infection due to the government’s relaxation of restrictions to allow for festivities in Songkran.

The government has previously announced that it is going to relax some restrictions to allow people to traditionally celebrate Songkran with families. This is in lieu of the cancellation last year of the Water Festival, which is the Kingdom’s biggest holidays in pre-pandemic times, and the need to stimulate the economy.

The Songkran Festival takes place in April, but was affected by the emergency decree of last year which prohibited public gatherings in a bid to curb the rapid spread of the COVID-19. The government instead created special holidays and long weekends spread throughout the second half of 2020 to replace Songkran.

This year, however, the government will allow festivities to take place in April although tourism operators have a bleak outlook amid fears of infection.

This week, renowned virologist Yong Poovorawan said that there is a possibility that infection rates will jump once again to four or even five digits per day as a result of the Songkran Festival.

“Be prepared to see the daily infection rates jump from tens to hundreds per day after the Songkran festival,” Dr Yong warned.

He also said that Thai society in general has become “complacent” to the threat of COVID-19, even though new clusters continue to emerge following a second wave in December. Many of these clusters are centered on wet markets, as the Samut Sakhon outbreak had been.

“[T]hat means we need to waste a lot of financial resources for testing, monitoring and curing the disease,” the virologist added.

Dr. Yong currently serves as the chief of the Chulalongkorn University’s Center of Excellence in Clinical Virology.

He made those statements on Facebook on Sunday, following reports of infection clusters centered on Bangkok’s Thong Lor district. In his post, Dr. Yong said that the removal of restrictions on entertainment venues are causing rapid infection rates.

He said that people should not be complacent because of the availability of vaccines. If cases continue to rise amidst ongoing vaccination efforts, Thailand and the rest of the world could take up to another two years in order to achieve global herd immunity.

Herd immunity is when three-fourths of a specific population group has been immunized or given protection against an existing viral threat, like COVID-19.

The daily total has dwindled last week, but ongoing case finding efforts have discovered new cases and new clusters. On Sunday, Department of Disease Control Opas Karnkawinpong said that there were 71 new cases linked to the Thong Lor cluster.

Dr. Opas also said that these cases have spread out to at least four provinces, namely, Bangkok, Pathum Thani, Nonthaburi and Nakhon Pathom.

The capital had the most number of cases at 45, while Pathum Thani followed with 11 cases. Nonthaburi and Nakhon Pathom with 8 and 7 cases, respectively.

Dr. Opas also clarified a rumor that Deputy Prime Minister Supattanapong Punmeechaow has been exposed to the virus after visiting Thong Lor on March 25. He said the Minister has taken a COVID-19 test and is awaiting test results.