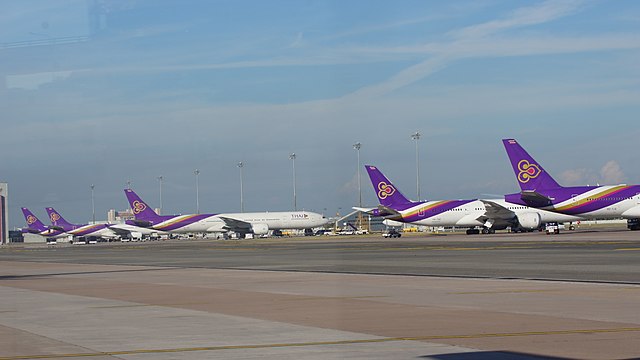 In an effort to reduce the number of foreigners stranded in Thailand because of the pandemic, Thai Airways International has established four international flights that will return expatriates with expired visas to Taiwan and Denmark.

According to the airline, it will be organizing two flights each for Taipei and Copenhagen.

The flight will arrive in Taipei at 1:05 pm local time.

As for the Danish flight, code TG 950, departure from Suvarnabhumi will be on August 16 and August 30, both of which are Sundays. Departure time will be 6:50 am Bangkok time, and will arrive in Copenhagen at 1:05 pm local time.

These flights were organized in coordination with and under supervision of the Foreign Affairs Ministry, and will observe all public health guidelines in this pandemic like social distancing and wearing of face masks, Chansin assured journalists.

Stranded foreigners since March have been given an automatic visa extension until September 26, in order to give them more time to look for or arrange means to exit Thailand.

If they find it difficult to secure flights out of the country before the aforementioned deadline, they will have to apply for a 30-day special extension to get even more time to organize the needed logistics.

According to the Immigration Bureau, this is the final visa amnesty that will be granted to foreigners. The Kingdom had given a total of 3 visa amnesties since the enforcement of the emergency decree.

The first extension extended visas to April 30, and then another one moved the deadline to July 31, and now to September 26.

The Bureau also stressed that only people who can provide proof of inability to travel within the deadline will be granted the extension. This also includes people who cannot travel because of sickness.

These foreigners have been stranded in Thailand since March, when the emergency decree imposed a mandatory lockdown on all activities including international air travel in and out of Thailand.