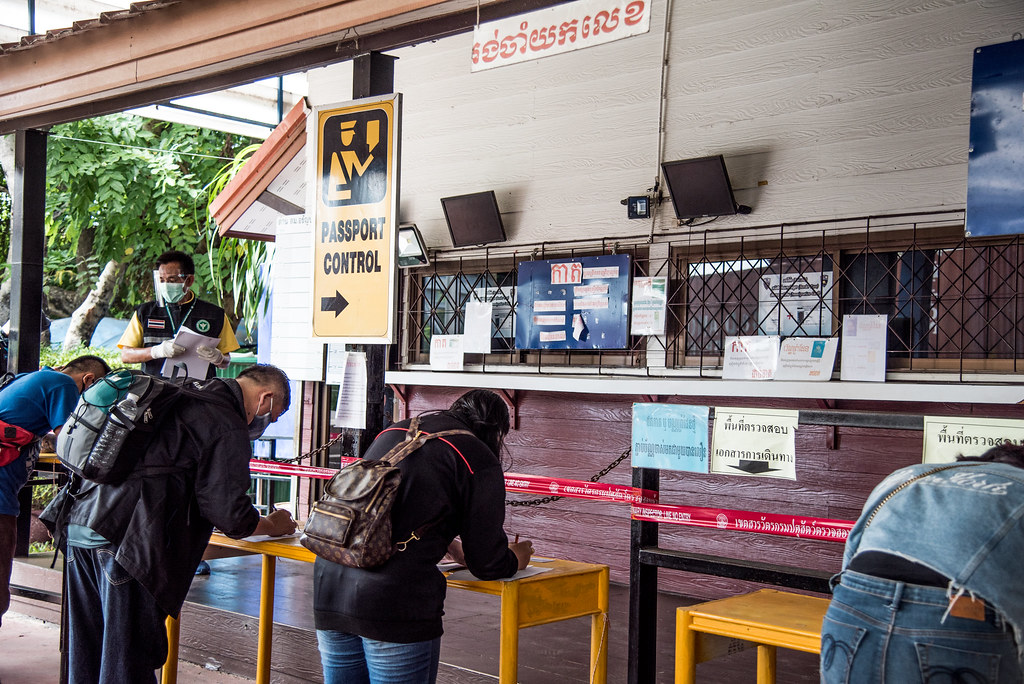 Prime Minister Prayut Chan-o-cha wants the Kingdom to be prepared just in case the system is indeed implemented.
Photo By: Some Rights Reserved byWHO Thailand

The Thai government has initiated efforts to conduct feasibility studies on COVID-19 passports now that the vaccination campaign has already kicked off.

According to Prime Minister Prayut Chan-o-cha, he has given orders to the Foreign Ministry to conduct research into how these passports can be implemented in the international scene. This mirrors similar efforts by other governments around the world.

COVID passports are considered as the de-facto global requirement for travel in the “new normal” that is expected to follow after the pandemic has ended. Basically, the passport will show that the holder has received his or her COVID-19 vaccination and is considered safe to travel anywhere in the world.

However, PM Prayut said that there is no conclusion from any country that this new system would be effective when adopted by the various nations of the world. However, he ordered the study in order to prepare for the passport’s possible implementation in the future.

“So at this point, I have ordered a study to be conducted around this idea in preparation for [a future use of it] so that Thailand will be able to keep up with other countries,” he said.

He also added that, even in Thailand, there are varying opinions about the effectiveness of the vaccine passport system, should it be implemented globally.

The vaccine passport system is being considered by a number of nations, including the United States, United Kingdom and the European Union member nations. These countries are reportedly looking into the possibility of implementing a digital passport for their citizens who have been vaccinated and would like to travel internationally.

However, the proposed system has been assailed by several parties including physicians and civil rights groups. These critics are questioning the effectiveness of the system as there has yet been no evidence that the vaccine can totally stop the transmission of the virus.

These critics also point out the dubious efficacy of the existing vaccines, especially in people over the age of 55.

Dr. Opas Karnakwinpong, Director-General of the Ministry of Health’s Department of Disease Control, the national committee on communicable diseases will discuss the COVID-19 vaccination passport in the next meeting on Monday.

However, he suggested that, if the passports are to be adopted worldwide, there should be bilateral agreements between other nations and Thailand supporting its implementation. For the Kingdom, it would have the effect of boosting the ailing tourism industry.

Dr. Opas acknowledged that each country has different policies about COVID-19 vaccination certificates and they will have to consider that.

Thailand’s tourism industry, which is considered the “cream of the crop” of the Thai economy, has slowed to almost a stop because of the lockdown last year and the continuing restrictions in outbound travel in many nations.

Government officials and the private sector has repeatedly stressed that vaccination is the key to reviving the tourism industry and restoring confidence in both local and international tourists.

As such, the national government has allocated 110,000 doses to 11 provinces, including tourism hotspots like Phuket and Koh Samui, from the initial stockpile of more than 300,000 doses that it has received last Wednesday.