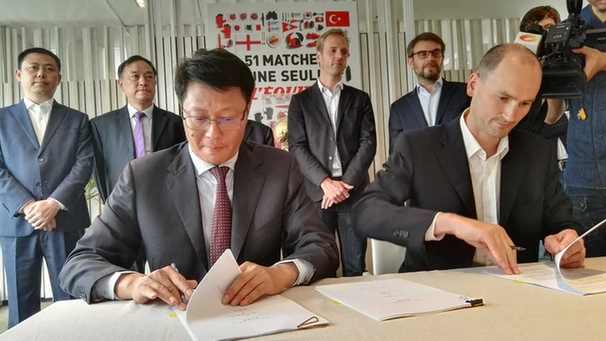 Thailand Elite members might finally be able to apply for a work permit with their special visa.
Photo By: Titan Sports Group / CC BY-SA

The Premium visa service Thailand Elite is considering adding work permit benefits to their members who would be willing to invest at least US$1 million in the country.

The Thailand Elite visa previously did not allow its members to apply for a work permit, as its structure is based on the tourist visa. Holders of tourist visas are not allowed to seek employment in Thailand without first giving up their visa and applying for a Non-Immigrant visa afterwards.

However, the Thailand Privilege Card is proposing a revision of its privileges in order to drive more foreign investment into the country.

The proposed scheme only applies to members who are in the Top Tier of the roster, or those who have registered for the THB1-2 million annual membership.

Under the scheme, members need to be able to make another US$1 million investment within a year in order to be granted the work permit. The US$1 million is the floor amount, and investors are free to make investments of more than that amount if they so wish.

As for the type of investment to be made, the government leaves it to the discretion of each individual investor. However, Tourism Authority of Thailand Yuthasak Supasorn said that the government views property investment as ideal, as the property market has been seriously assailed by the COVID-19 crisis.

Investments will also be subject to the regulations set by the Board of Investment governing foreign investment.

If they are unable to make the requisite investment within a year, members automatically get their work permit privileges revoked.

Governor Yuthasak said that the Cabinet led by Prime Minister Prayut Chan-o-cha will have to decide on the new privileges first. However, he agrees that the scheme could attract new investors capable of injecting much-needed capital to the ailing economy.

The Thailand Elite program boasts of over 11,000 members coming from all over the world, TPC President Somchai Soongswang.

With the end of the amnesty program coming near, Mr. Somchai said that his company recorded a significant increase in applications in the past two months.

Specifically, they have received inquiries numbering 300 to 500 in August and September alone. This is spurred on by the looming deadline of September 26.

Officials confirmed that, in addition to paying a fine, foreigners with expired paperwork will serve jail time, be deported to their home countries and blocked from re-entering Thailand for a certain number of years.

These foreigners will have to apply for a special 30-day extension, but Immigration officials also pointed out that approval will be on a “case to case basis.” This means that they have to show proof that they are indeed unable to leave Thailand by the deadline.