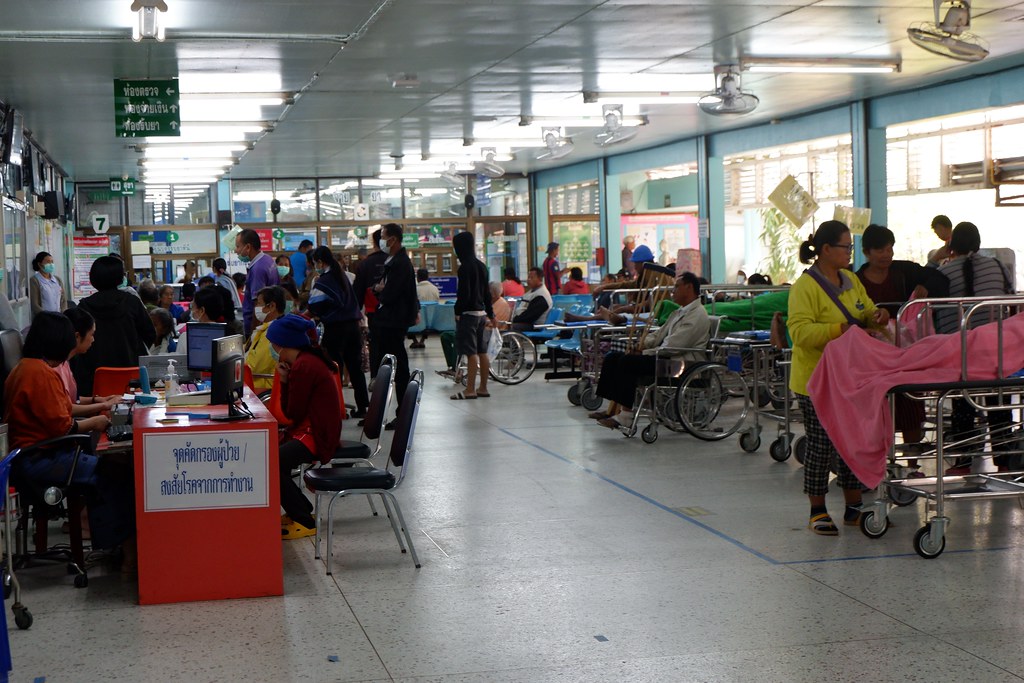 Samut Sakhon has once again taken the lead in the number of cases reported.
Photo By: Preecha.MJ / CC BY-SA 4.0 via Wikimedia Commons

Daily cases continue to slow down as Thailand only sees 42 new cases in the past 24 hours. According to the Center for COVID-19 Situation Administration, only four cases were found through active case finding in communities.

However, one more fatality is added to Thailand’s death toll, which now rose to 84.

The rest of the cases involve three arrivals from abroad, and 35 cases reported by the hospitals which admitted the patients.

After dropping from the lead yesterday, Samut Sakhon once again accounts for the most number of cases in the daily total. 50% of the cases reported in the past 24 hours, or 24 cases, were from the province, which just recently reopened the Central Shrimp Market.

The Central Shrimp Market was the epicenter of the second wave, which erupted in December 19. A sole vendor who was infected by the COVID-19 unknowingly spread the virus amongst the migrant workers employed in the market, and the locals from various provinces that came to purchase fresh seafood from the market.

The Market had reopened yesterday, with strict disease control measures set in place to curb any possible infection and a new outbreak.

Pathum Thani comes second with eight new cases. Of these, six of these cases were foreigners from Myanmar. The province also reported one case involving a local.

Pathum Thani also reported the latest fatality of the COVID-19, which was a 92-year-old man who contracted the virus from an infected vendor of the Pornpat Market in Thanyaburi district.

The man came into contact with the vendor on February 11, developing symptoms of fatigue, fever and cough shortly after. He admitted himself to a hospital, but his health deteriorated until his death on Sunday.

From February 23 until his death, the man was assisted by a ventilator. He reportedly had high blood pressure, diabetes and cardiovascular disease.

After Pathum Thani, Tak followed with four cases, which consisted of one Thai and three nationals from Myanmar.

Bangkok, Nonthaburi and Nakhon Pathom all reported only one case each.

The remaining 3 cases in the tally were arrivals from the United Arab Emirates, Serbia and Germany. All three individuals are now under quarantine for 14 days.

Thailand reports a 97.5% recovery rate for Tuesday, with 96 new recoveries recorded in the past 24 hours. 25,420 patients have now recovered since the start of the pandemic, with only 569 cases remaining in the hospitals.

The Kingdom is now starting its immunization campaign, with the arrival of more than 300,000 doses of two COVID-19 vaccines last week.

Phuket, together with Koh Samui and Mae Sot, have reportedly begun their vaccinations today after receiving their doses from the national government.

800,000 more doses are expected to arrive next month from China’s Sinovac, and another 1 million from the same company as part of the 2-million doses order put in by Prime Minister Prayut Chan-o-cha for the first phase of the vaccination program.