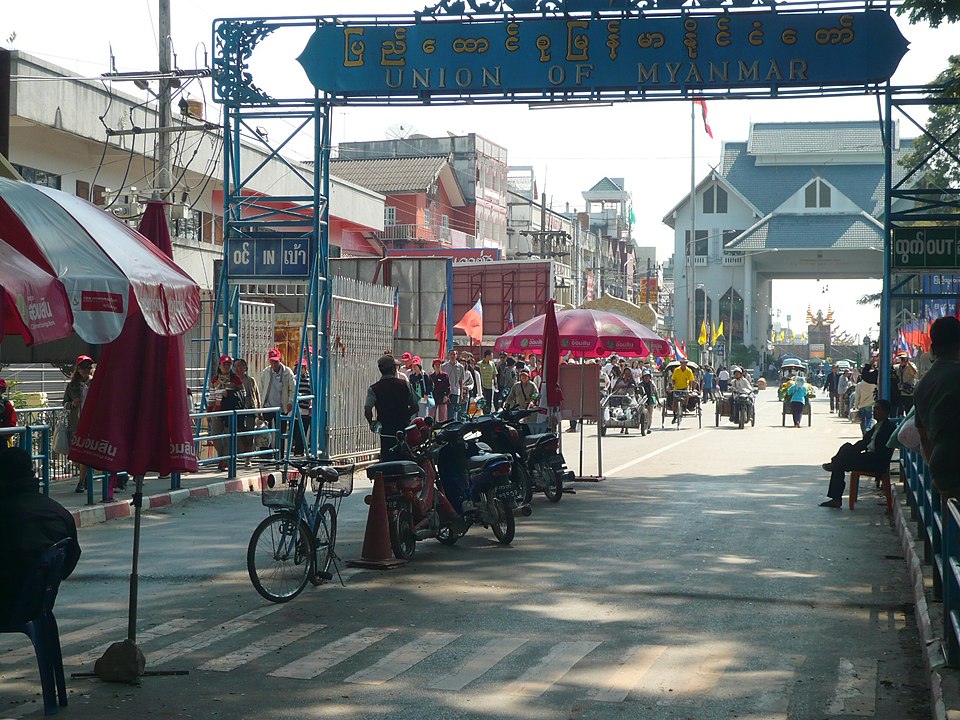 In the event of all-out war, Thailand will open its borders to an influx of refugees from Myanmar. For now, immigration rules remain in place at the borders.
Photo By: gary4now, CC BY 3.0, via Wikimedia Commons

Prime Minister Prayut Chan-o-cha vowed on Wednesday that the Kingdom will extend help to any refugee fleeing the troubles in Myanmar escalates. The Prime Minister said that they could be allowed entry into the Kingdom for humanitarian reasons.

The air strikes were in response to the KNU’s involvement in both the protests against the military junta and its military intervention against food convoys belonging to the government.

Representatives of the KNU joined the street protests that had raged since the military junta took power in February, while armed KNU fighters interdicted food supply deliveries meant for pro-government soldiers assigned to the Papun district in the Karen state.

As the violence ebbed across the border, the 36th Ranger Regiment of the Thai military escorted about 500 people back to Myanmar through the Salween River. About a dozen Karens remained in Mae Sam Lap as they received treatment for injuries.

According to the military, the fighting between the KNU soldiers and the Myanmar government troops have settled down. Despite being sent back behind the Myanmar border, the displaced Karens refused to go back to their homes and stayed along the riverbank instead.

Prime Minister Prayut said that, should violence escalate to uncontrollable levels, Thailand will not restrict its borders to the refugees. However, he cautioned against assumption that Thailand will receive them “with open arms,” for now.

“If there is a war, that’s another scenario. In the event the situation escalates, leading to deaths and injuries, the government will put in place measures to deal with an influx [of refugees],” he said.

For the moment, however, the government will continue to enforce the regulations for legal migration into the Kingdom amidst reports that refugees have been denied entry into the Kingdom despite the situation.

The Prime Minister expressed confidence in Thailand’s capability to provide for the needs of the refugees if the skirmishes escalate to all-out war in the border with Myanmar. He said that Thailand had already established nine refugee centers in the past that gave the Kingdom “years of experience” in handling the crisis.

“We have years of experience, with nine refugee centers sheltering more than 400,000 refugees,” Gen Prayut said.

The Prime Minister said that these refugees will be repatriated to Myanmar when the situation is deemed to be safe. In the meantime, the Minister of the Interior Anupong Paojinda issued instructions to security agencies in border provinces to prepare for a possible exodus of refugees from Myanmar.

Foreign Affairs Minister Don Pramudwinai said that Thailand will bring up the crisis in the next meeting of the Association of Southeast Asian Nations in Brunei in April.

Minister Don called on the authorities in Myanmar to reduce the violence as soon as possible so these ethnic Karens can return home.