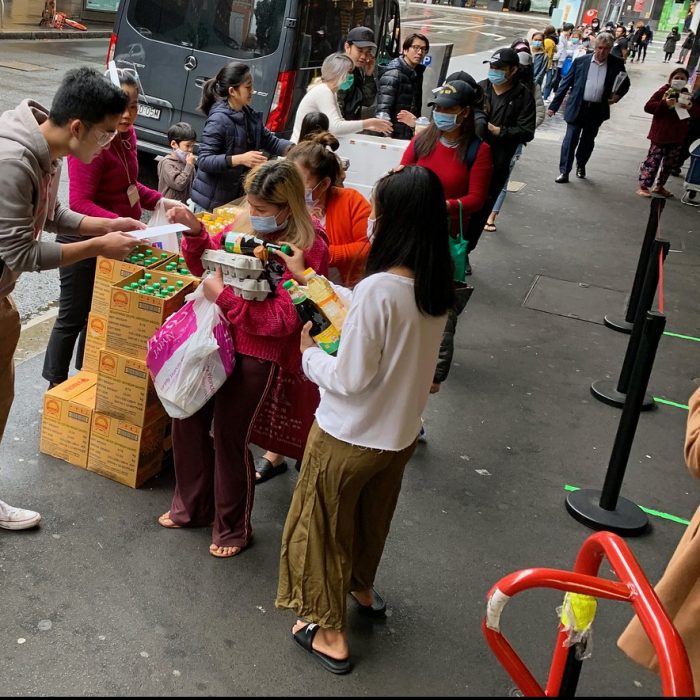 The BoT said growth is most likely more than 2.5% but not more than 3%.
Photo By: Some Rights Reserved byStilgherrian

After a year of economic downturns because of the COVID-19 pandemic, the future of the Thai economy still looks bleak with lots of potential for downslides. Because of this, the Bank of Thailand has decided to enact limited monetary policy at what it deems would be the right time.

This was determined during the BoT’s monthly policy meeting on Wednesday, February 17.

According to the central bank, the public sector needs to implement measures that are loaded at front and properly targeted if it is going to support an ailing economy. This has become necessary after the most recent outbreak centered on the province of Samut Sakhon.

One of the BoT’s recent measures is to keep the one-day repurchase rate at 0.50%. The Monetary Policy Committee’s vote on this matter was unanimous, and virtually kept the repurchase rate unchanged for the sixth time.

In the first half of 2020, the Committee had voted three times to reduce this rate given the ongoing economic contraction brought about by the pandemic that began in April.

The BoT assured the public that the country’s liquidity remains sufficient to support itself throughout the next year despite the continuing threat of the COVID-19.

“The problem facing the Thai economy was less about the level of the policy interest rate as lending rates and bond yields were already at a record low,” the minutes of the meeting said.

In contrast to the contraction experienced last year, the Bank of Thailand is confident that the economy will expand this year. However, they are experiencing a slow pace of recovery – the expansion will be less than 3.2%.

The economy experienced a 6.1% contraction in 2020 as a direct result of the pandemic. The national government of Prime Minister Prayut Chan-o-cha had cut down their growth outlook to 2.5 to 3.5 percent.

The Cabinet had previously expected growth of 3.5 to 4.5 percent.

Each sector in the economy will also recover differently from each other, with some recovering quickly while others would be slower and lag behind. The labor market will continue to be vulnerable, the meeting minutes indicated.

“In the near term, the economic recovery would depend on the resolution of the recent outbreak and the contemporaneous fiscal support,” the Bank said.

According to BoT Governor Sethaput Suthiwartnarueput, economy growth this year would only be at the upper levels of 2%. However, he said that the recovery is dependent on the return of foreign tourism and the revenues it brings to the table.

Domestic tourism had largely succeeded in putting income to some tourism businesses’ coffers through the “We Travel Together” domestic tourism campaign. However, confidence among the local tourists declined as a result of the second wave that began in December last year.

Governor Sethaput also said that the continuing strength of the baht can have significant effects on the economy’s recovery. He said that the Bank is mulling over measures that will keep movements of foreign exchange within levels that can aid, and not hamper, economic recovery.