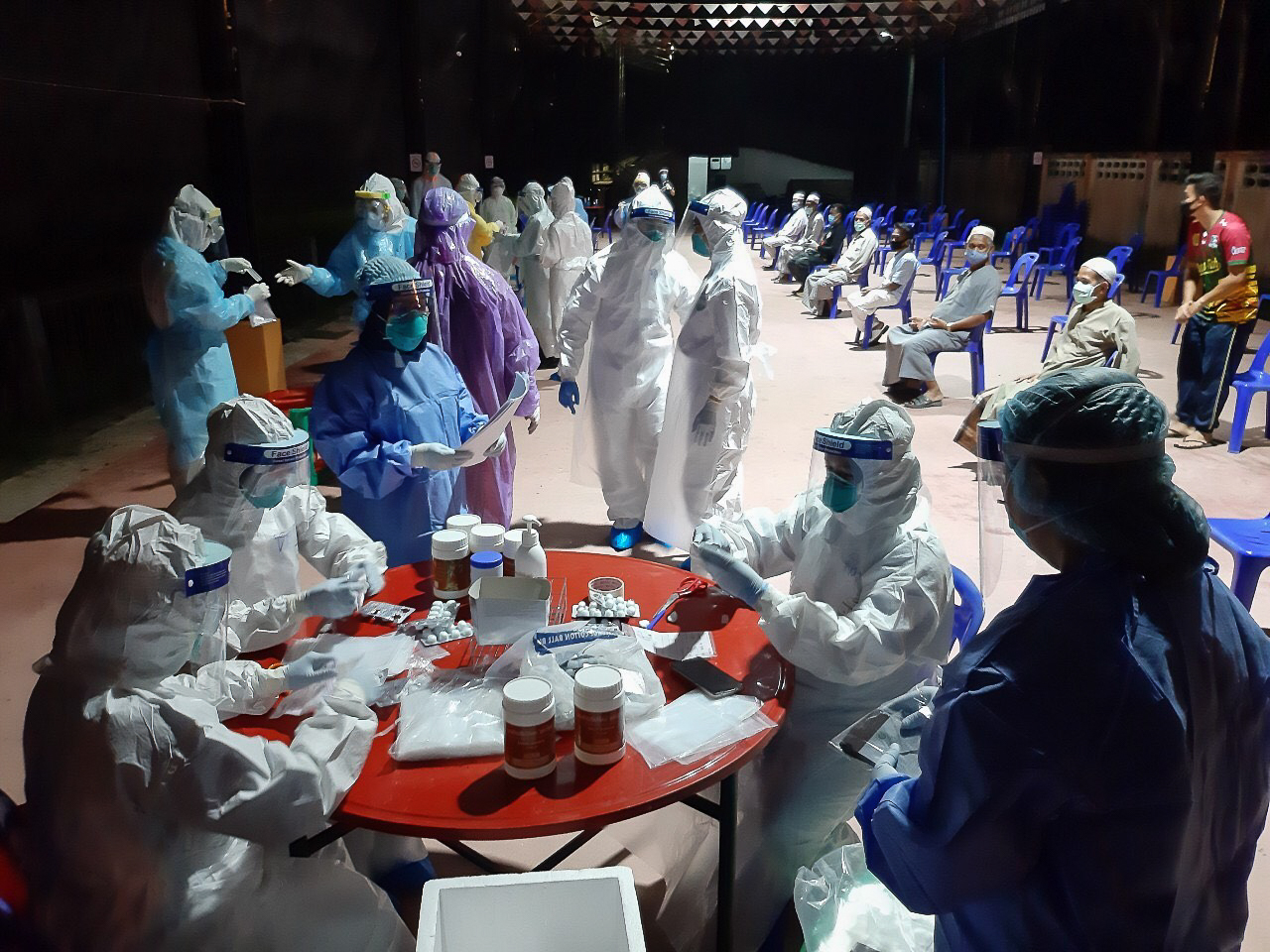 The government is aggressively training local government units to prepare for a possible second wave of infections.
Photo By: CDC Global

The emergency decree is set to expire in 12 days, but a top government official wants it to be extended in order to ensure continuation of public health measures.

According to Deputy Commander in Chief of the Army Gen. Nathapol Nakpanit, the emergency decree should be extended until the end of next month. The validity of the decree means the government will be able to compel the 14-day quarantine for non-tourist foreigners who have been allowed to enter the country starting this month.

General Nathapol also assured people that they will retain their way of living, including their right to rally.

This proposal would require the approval of the Cabinet of Prime Minister Prayut Chan-o-cha.

Some of the foreigners that have already entered Thailand include people who have registered to receive medical treatment in the Kingdom.

According to the Center for COVID-19 Situation Administration, medical tourists, like all allowed foreigners, will need to travel by air and not by land.

Dr. Taweesip Visanuyothin, the spokesperson for the CCSA, said that people seeking to receive cosmetic surgery as well as treatments to address infertility are allowed to come into Thailand at the time being.

However, those who are positive for COVID-19 and would like to take advantage of Thailand’s medical treatment are disallowed.

In order to enter Thailand as a medical tourism, Dr. Taweesip said that applicants should first approach the Thai Embassy in their country to get an entry certificate as well as secure an appointment from a registered doctor in Thailand.

The CCSA only allows medical tourists to be treated in hospitals registered with the Centre.

As part of its efforts to prevent a second wave of infections, the Thai government requires applicants to undergo a swab test and produce a certificate of a negative result. They will also need to agree to another swab test upon arrival and a 14-day quarantine period.

Thailand’s success in containing the pandemic has earned it another merit, this time from the German travel company Tourlane.

Tourlane’s study was conducted on July 26, 2020 and is based on data compiled by the European Center for Disease Control and Prevention, scores from the International Health Regulations, population density, and flight connections with Germany, among others.

Thailand’s COVID-19 statistics continue to be low. Its total number of cases are at 3,382, with total deaths at only 58.

Repatriated Thais contribute to the list of additional COVID-19 cases, but the country has no case of local transmission since May.

However, despite the positive response to its containment procedures, Thailand’s borders remain closed to international air travel. Although its tourism-reliant economy has suffered a contraction, Thailand’s government is taking a “wait and see” approach, waiting either for a vaccine or the global situation to improve before reopening its borders.