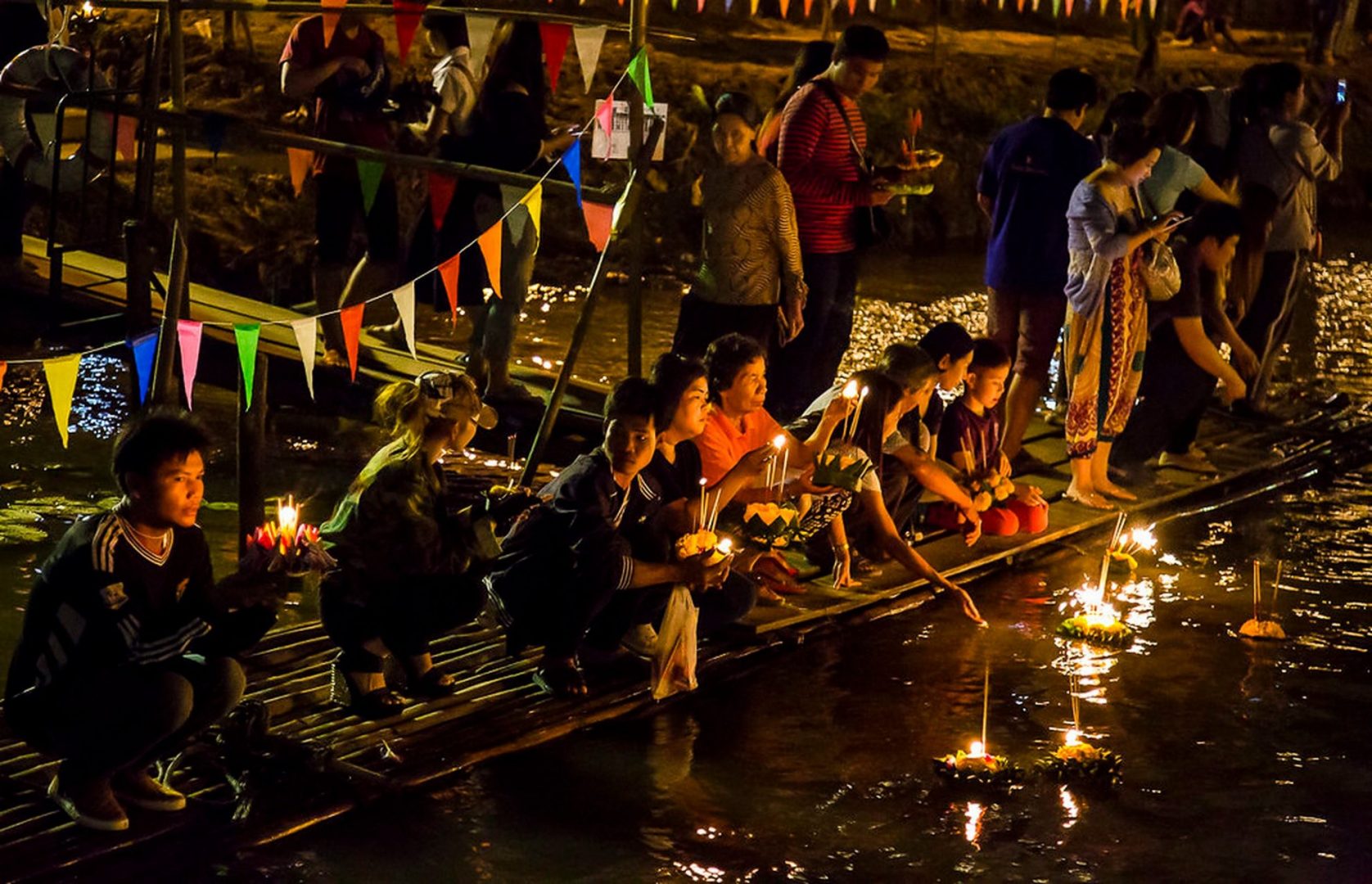 The TAT will host events spread out across Ayutthaya and five other provinces.
Photo By: Some Rights Reserved by John Shedrick

With this year’s Loi Krathong celebrations already on the horizon, the Tourism Authority of Thailand has announced a set of activities for the festival to be held in Ayutthaya and five other provinces.

The event, which has been dubbed the “Delightful Colours of the River, Loi Krathong Celebrations 2020,” will be celebrated with strict adherence to the public health and safety measures mandated by the Center for COVID-19 Situation Administration.

This is to ensure that nobody will get infected, or will activate a “super spreader” that will propagate the virus upon close contact with a large group of people joining in the festivities.

The Loi Krathong festival is a traditional feast celebrated by the locals in thanksgiving for graces received from the Goddess of the River. The aim of the festivities is to enable people to transfer all negative energies accumulated throughout the year to the river, and also to worship the Buddha.

The annual Loi Krathong celebrations always coincide with the full moon of the 12th lunar month. This year, the celebrations will commence on the 31st of October.

The following activities have been organized by the Tourism Authority of Thailand, in each of the six venues mentioned above:

During the course of three years, an exhibit will take visitors through the colorful history of Ayutthaya, one of the old capitals of Thailand. Visitors can watch cultural performances, a krathong procession and a fireworks display at the conclusion. There will also be a Premium Craft marketplace in the venue.

The Yi Peng Festival in Chiang Mai will feature one of the biggest krathoi processions in the country, going across three areas in the Chiang Mai municipality. There will also be a cultural display at the Lanna Folklife Museum, a lantern-lighting and releasing activity, and the Yi Peng Little Boys and Girls Contest.

Celebrating Sukhothai’s unique brand of Loi Krathong festivities, this year’s celebrations will feature a light and sound performance showcasing the Legend of Thao Si Chulalak, a Khao Khwan Wan Len Fai gala dinner, and an exhibition of Talat Laek Bia ancient market. There will also be a beauty contest, cultural presentations and a fireworks display.

The Loi Krathong festival in Tak this year will feature nine Royal Inaugurated Lanterns that will be ceremonially released into the air. These lanterns will come from his His Majesty King Vajiralongkorn and the other eight members of the Royal Family. There will also be a separate lantern releasing ceremony, a prayer to the River Goddess, and a krathong sai competition.

These celebrations include a Somma Nam Khuen Pheng Seng Prathip Thai Folk Dance Contest, which will feature 5,000 pairs of dancers. There will also be a release of Royal Inaugurated Krathongs, and the Thida Saket Nakhon Beauty Contest.

Interested visitors need to pre-register using the QueQ mobile app, which is available for both Android and iOS platforms. Public health measures will also be in place for each event, like temperature screening at the entrances and mandatory tracking through the Thai Chana platform.