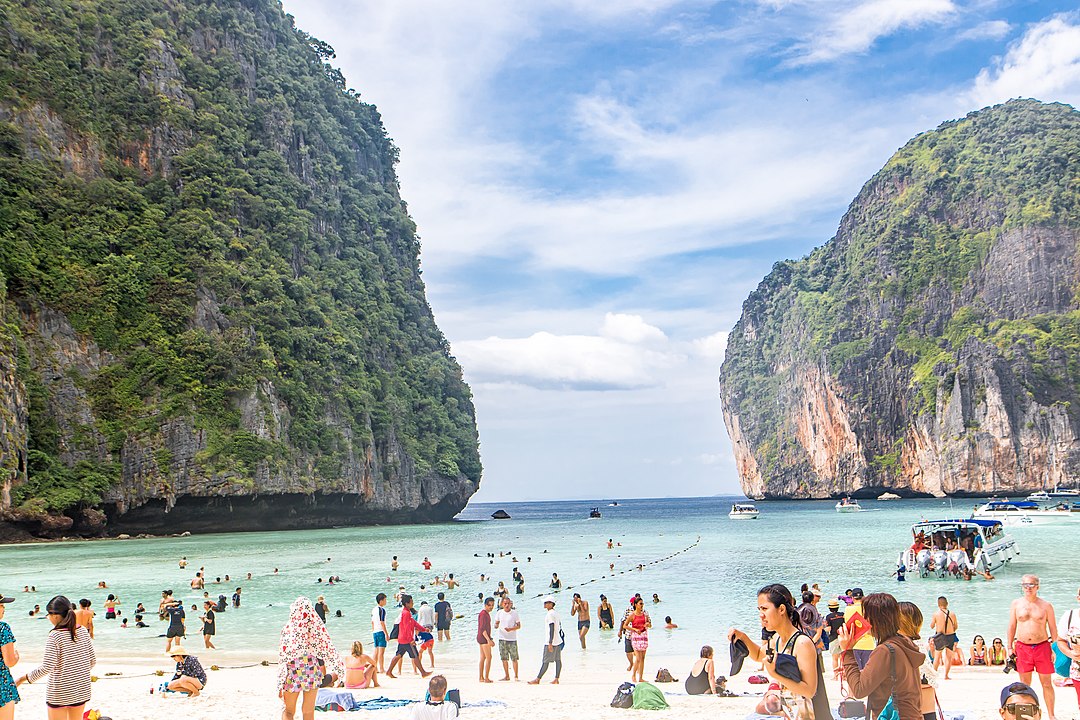 The Tourism Authority of Thailand aims to add more provisions to the “We Travel Together” stimulus package to create more demand.
Photo By: Максим Улитин / CC BY

After what has been viewed by experts and officials as a dismal performance, the Tourism Authority of Thailand is aiming to have the terms of the “We Travel Together” package updated to add new provisions that will create more demand and attract new markets.

The stimulus package was launched in July to promote local tourism, and to encourage locals to travel to Thailand’s destinations as much as possible.

While there had been promising turnouts during the two long weekends of July – Buddhist Lent and the Songkran substitute holidays – data published by the TAT has showed that the stimulus package has not even breached 20% of its target.

According to the TAT, only 800,000 of the total 5 million room nights allocated for the campaign have been redeemed or reserved by local travelers.

The program had been slated to run from July 18 until October 31, although members of the private sector have been clamoring for changes while stating that the package will not meet its quota by the stated deadline.

The TAT had previously revised the package to make the perks available to corporate entities. Corporations can use the room nights as employee incentives, or for rewards programs intended for their business partners.

For starters, Governor Yuthasak said, they will be proposing to extend the deadline from October 31 to the end of the year, December 31. This will coincide with what is traditionally the high season of tourism for certain regions in Thailand.

One of the big challenges encountered is the weak purchasing power of the local Thais, particularly those living in Bangkok, which severely limits the distance which they could travel because of high airfares in particular.

As part of its push for domestic tourism, the TAT will be meeting airline companies this week to negotiate lower ticket rates and more flights to the many destinations in Thailand.

Governor Yuthasak is hoping for a positive response, especially since the government had agreed to provide soft loans to seven budget carriers in the carrier.

Governor Yuthasak added that his agency will be making the proposal to the Center for Economic Situation Administration next week.

The country’s tourism-reliant economy has barely recovered from the downfall caused by the pandemic, the TAT governor said. The government and the people both need to revive tourism “as soon as possible” to make full recovery.

Governor Yuthasak also added that, in addition to the stimulus package, the government’s THB3000 cash handouts to 15 million people affected by the pandemic could help locals save money and travel domestically.

While the country has earned most of its tourism revenues from foreign visitors, Governor Yuthasak cited the results of China’s push to boost domestic tourism to restore demand to pre-COVID levels as a model.

Due to the pandemic, the Tourism and Sports Ministry’s data showed that domestic tourism has declined 60.4% during the first seven months of 2020 as compared to the same period in 2019.