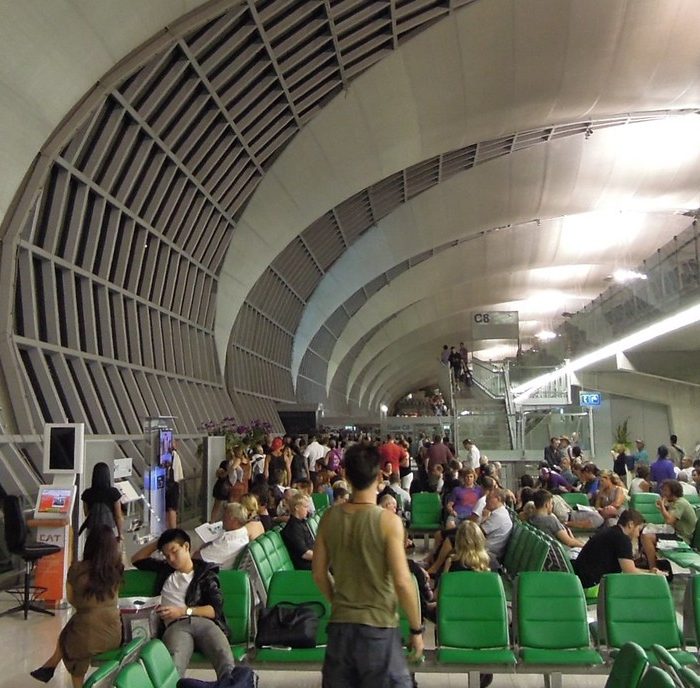 The Tourism Council of Thailand is predicting an 83% drop in tourist arrivals to only 6.74 million tourists, down 83% from last year’s 39.8 million.
Photo By: David McKelvey

An organization in the private sector is predicting an 83% decline in tourist arrivals by the end of the year. This is despite the Special Tourist Visa that is about to start bringing in tourists to the country from low-risk nations by October 8th.

According to the Tourism Council of Thailand President Chairat Trirattanajarasporn, tourist arrivals are expected to be only 6.74 million foreign tourists at the end of the year.

This is 83% lower than the turnout last year, when there were roughly 39.8 million foreign tourists who visited the country for holidays.

Only 50,000 foreign tourists are expected to arrive between October and December of this year, mainly due to the Special Tourist Visa program of the government. Compared to the same period last year, this is a drastic 99% drop, and Mr. Chairat expects the industry to earn only THB4.5 billion for this quarter.

The TCT is not optimistic about figures next year as well, even though government officials are flaunting a 20-million estimate for tourist arrivals for 2021.

With his organization’s own expectations unclear, Mr. Chairat said that there’s a possibility that there will only be hundreds of thousands of foreign tourists visiting the country next year.

He cited the global situation, and the unavailability of a vaccine as well as the 14-day quarantine currently being imposed by the government.

The Special Tourist Visa scheme was announced by the government late last month, and is considered an effort to bring back foreign tourism and cushion the economy’s fall.

Thailand’s economy is heavily reliant on tourism. In Phuket alone, foreign tourists have contributed THB400 billion out of the THB450 billion in revenues recorded by the province last year. Domestic tourism contributed to only THB50 billion.

The STV was officially approved on Monday and is set to bring its first set of tourists anytime this month. It has been reported that 120 tourists from Guangzhou, China will be arriving on October 8 in Phuket, whose provincial government has stressed the airport as well as the health authorities’ readiness to facilitate these arrivals.

Locals are reportedly praising the return of foreign tourists, with some saying that this will help bring in much-needed income to the province. Some are wary of the pandemic, but expressed their trust on the provincial government’s protocols and safety measures in place.

However, the STV is not to be considered as a full reopening of the country to foreign tourism, as stated by Prime Minister Prayut Chan-o-cha himself in a press conference this week.

Each chartered flight to Thailand is given a limit of 100-200 tourists every time. There are only three allowed flights every week, and a quota of only 1,200 tourists per week. The scheme is also limited to two provinces – Phuket and Koh Samui.

These tourists are required to undergo a barrage of COVID-19 tests while undergoing a 14-day quarantine before they can be free to roam around their destination. They are also required to stay at least 30 days, although their visa lets them stay 90 days at a time. This can be extended twice with 90 days each as well.